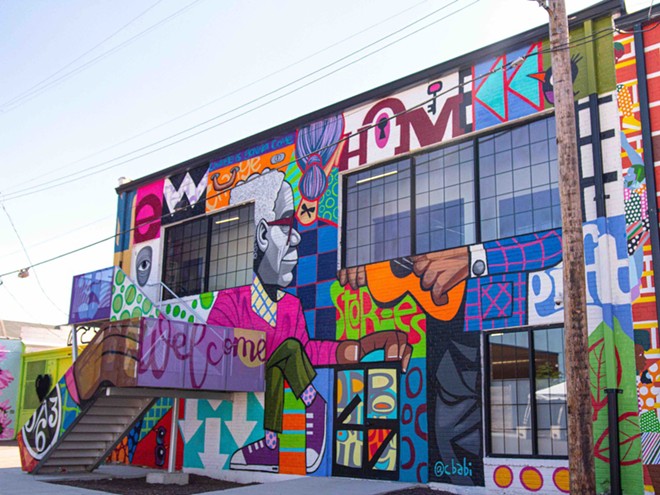 St. Louis’ next great art exhibition won’t be found within the walls of a gallery or a museum. Instead, viewers should head outdoors.

The foundation celebrated the completion of the Walls Off Washington in the Grand Center Arts District last Thursday with a ribbon-cutting ceremony and catered reception. The project has been over three years in the making.

The exhibition is the foundation’s latest endeavor to fulfill its mission of bolstering the arts in St. Louis through the development of artistic venues and community-based programming. 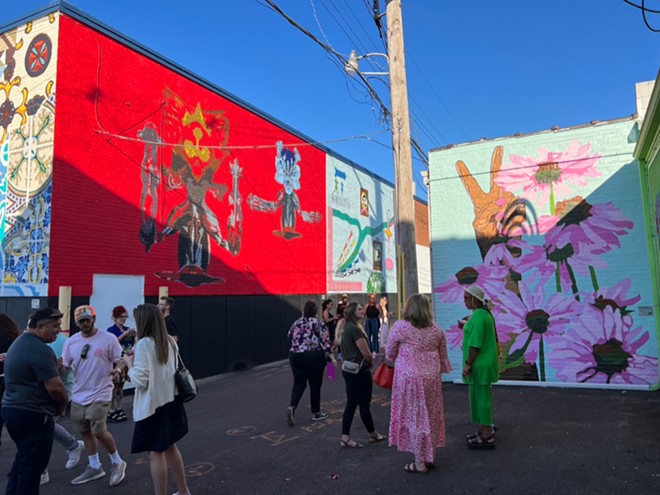 Kasey Noss
The foundation celebrated the completion of the mural exhibition with a ribbon cutting ceremony.

It’s a cause that Gina Grafos, director of visual infrastructure for Kranzberg Arts Foundation and co-curator of the Walls Off Washington, firmly believes in. As a former resident of Seattle and Chicago, she witnessed both cities change and push their art scenes to the periphery. She and her colleagues have fought tirelessly to save St. Louis from the same fate.

The strip of Washington Avenue where the mural resides “is a block that has been very developed in a way that is sustaining artists and arts organizations so that they can afford office space, so they can afford studio space next to these all these hotels and all these restaurants and all these things that are coming to Midtown,” Grafos says. “We’re just making sure that the core and the instinct and the vibrancy of what makes this city pivotal and impactful doesn't shrivel.”

In a similar vein, the mural walk aims to present viewers with a more accessible and
click to enlarge 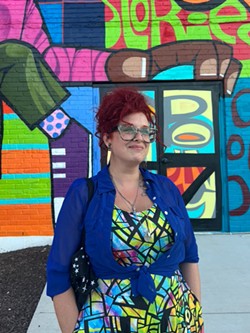 Kasey Noss
One of the mural artists, norm4eva, stands in front of a mural, "Change Is Gonna Come" painted by another artist Cbabi Bayoc.
less intimidating experience than what they might normally encounter in the art world.

“This is for the people that don't feel comfortable walking into an art institution or a commercial gallery ‘white-cube-space’ who still want to be inspired,” Grafos says.

“I feel like access to public art is really important,” they say. “I think that by having a space that allows people to have a lot of freedom to express — not only does that really inspire others, but it makes the community have a different sense of belonging within the space.”

For Grafos, the medium of the mural is particularly conducive to this type of response.

“Murals are the most amplified, monumental way to express oneself,” Grafos says. “They also can have very, very loaded themes without [the viewer] having to read a didactic or read the catalog. And so the heavy hearted, or the political, becomes larger than you are as a human being standing in front of it. It is a way to really address topics that are loaded head on.”

The minds behind the Walls Off Washington drew inspiration from other public displays of art in St. Louis, such as The Mural Mile. They looked beyond the city’s borders as well, from Miami’s Wynwood Walls to the Berlin Wall. 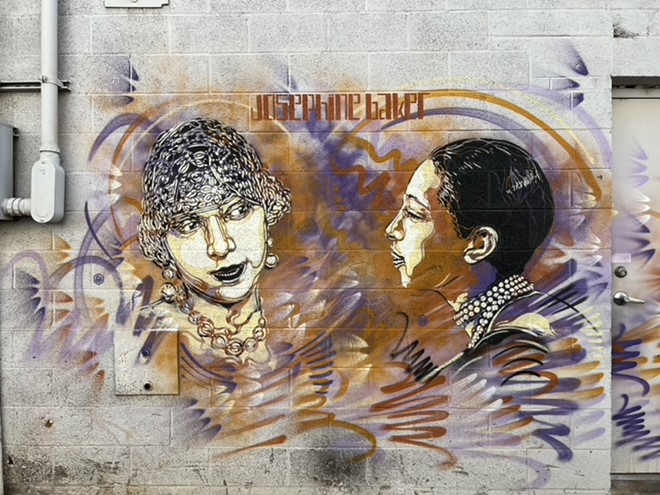 Unlike many such displays, the Walls Off Washington are free of charge. Nevertheless, the mural itself will remain a curated experience, similar to that of any indoor gallery, with set hours of operation and entry to the outdoor lot primarily through Sophie’s. “We want people to be taken care of as soon as they enter the threshold,” Grafos says. “Sure, you can randomly drive through and see most of it. But we want people to really have a map in their hand and have someone available for questions or to use the restroom or get a drink.”

Aside from an entreaty to check out the space, Grafos asks one more thing of potential visitors: “If you don't see yourself in the murals, then get out your sketchbook, and your tablet, and get to making what you want to see.”

The Walls Off Washington will officially open for public viewing on Friday, October 7, as part of the Grand Center Arts District’s First Fridays.