Hartmann: St. Louis Public Schools Are Not Your Bank, Cortex 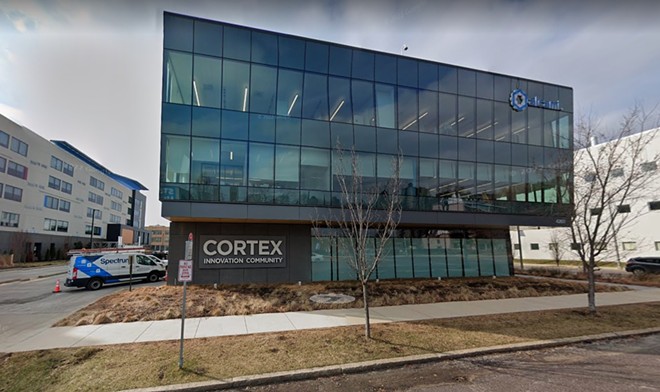 The people who exalt themselves as the guardians of St. Louis cleared a hurdle last week toward the noble cause of ever-so-gently sucker-punching the St. Louis Public Schools.

All in the name of progress.

The city’s Tax Increment Financing Commission approved an unneeded TIF to subsidize an apartment project at the Cortex Innovation District. Cortex also got bailed out of its failure to meet a 10-year deadline to develop two other parcels.

Just another day in paradise. The Board of Aldermen is a lock to approve the commission’s advisory action, rational opposition notwithstanding.

That’s because Cortex is special, in more ways than one. The nationally acclaimed initiative has provided an unparalleled bright spot for the city in the past two decades, a “striking success as a magnet for emerging companies and endeavors, especially in the tech sector … and a valuable asset to the region” (my words).

But it’s also special because of who owns it — Washington University, Saint Louis University, BJC HealthCare, the Missouri Botanical Garden and the University of Missouri-St. Louis. They are revered as essential institutions and forces for good. They are warm and fuzzy.

But so was King Kong.

That brings us to the real estate portion of our story. When it comes to the territorial growth and needs of Cortex member institutions, at least some of them have been known to do a little smushing. Make that a lot of smushing.

It’s quite the paradox. The same institutions that give so much to St. Louis with their great works are not above taking from St. Louis when it comes to advancing the self-interests of their property-tax-free real estate empires. Make no mistake about it, when it comes to their business side, they are all business.

So it is today with Cortex. For all the good the technology district continues to do for St. Louis and beyond, its real estate interests are another matter entirely. As shown by last week’s TIF approval to support a 165-unit residential apartment building of Keeley Properties, Cortex expects to be treated like any other business.

The apartment project in Cortex is one of those. Cortex is a thriving area of opportunity and promise. It’s hard to imagine a smarter place for Keeley to build an apartment in the city. It’s not the sort of place where the city should be throwing around TIFs.

But Cortex has identified $4.1 million in infrastructure costs it claims should be paid for by taxpayers through TIFs. Perhaps that might be convincing were Cortex just another real estate company, but it isn’t. Cortex itself has benefited from its own property-tax-exempt status over the past two decades.

What’s more, Cortex portrays itself as a great civic asset, an essential part of St. Louis’ leadership. It is viewed as a top priority of Arch to Park Equity Fund LLC, the for-profit real estate company operated by Greater St. Louis Inc. Collectively they are the self-appointed guardians and leaders of St. Louis.

So, here’s the only question that matters for this one residential real estate project in Cortex: What would happen if the city said no to a TIF?

After speaking to a number of experts with far greater understanding of these matters than I, here is the short answer: Cortex could build it anyway. If the project is truly “vital,” in the words of Cortex President and CEO Sam Fiorello, they could get it done.

No doubt a rejection of the TIF request would be insulting, shocking and offensive to the people and institutions of Cortex. But if push came to shove, if the future of Cortex and technology innovation and all the rest hung in the balance, they would not allow a $4.1 million hole in this particular project to bring the whole thing down.

It wouldn’t even be that difficult to fill the gap. Let’s set aside the obvious solution, which would be for the member institutions of Cortex to use a tiny sliver of their collective billions in assets to get this done.

Or just as simply, for Arch to Park to make a “patient capital” investment to cover all or part of the $4.1 million shortfall. Greater St. Louis Inc. President and CEO Jason Hall has boasted of his group having a fund for that purpose totaling $200 million or more.

But that’s not all that could be done. Indeed, cost-cutting might come into play, especially before the large monied interests start throwing money around. Here are some random thoughts the experts suggested:

The largest chunk of infrastructure costs — $1.2 million for storm sewers — might be eligible for an MSD grant. But even lower-hanging fruit is represented by the soft costs that are also part of a project like this.

Those include the developer’s fees and those of lawyers, architects, consultants and so forth. These are generally quite handsome for a project of this nature. None is set in stone. Ever.

Other cost-cutting might come from the developer sharpening its pencil, as they say, on the details of the project.

And let’s not forget the financial institutions. Cortex and Greater St. Louis Inc. are populated with bankers who fancy themselves to be pretty big shooters when it comes to serving the community. What better way to show their leadership for the region than by getting a little more aggressive in reducing the bank’s profit on the deal? (Good luck with that.)

If any combination of those things took place, there would be one result that you’d think should matter to the leaders of Cortex: The schools would benefit from day one on the project, as would other property-tax recipients.

The process is institutionally corrupted by its very structure. Unbelievably, the parties most influential in evaluating and deciding upon any TIF request from Cortex sit on the board of directors of Cortex.

Yep. Either by statute or tradition — dating long before the administration of Mayor Tishaura Jones — Cortex hosts representatives of the mayor’s office and the St. Louis Development Corporation as ex officio members. Today that’s Jared Boyd, the mayor’s chief of staff, and Neal Richardson, SLDC executive director, according to the Cortex website.

Isn’t that convenient? Cortex, with the top SLDC executive on its board, takes its proposal to the TIF commission — which relies heavily on the SLDC for analysis of the proposal. Ditto for the process at the Board of Aldermen.

That’s a fine deal if you can get it.

Jones has already done more than any previous mayor to condition TIFs on affordable housing, donations to efforts to make the city a more equitable place and the like. She’s far too progressive for many developers’ tastes.

But that won’t bother Cortex much, not unless Jones decides to lead an effort to reform the structure as it pertains to its role as a player in real estate.

Meanwhile, can someone tend to the school folks? They just got punched.

Ray Hartmann founded the Riverfront Times in 1977. Contact him at [email protected] or catch him on Donnybrook at 7 p.m. on Thursdays on the Nine Network and St. Louis In the Know With Ray Hartmann from 9 to 11 p.m. Monday thru Friday on KTRS (550 AM).
© 2022 Riverfront Times