Brandon Holbrook is the third detainee to die in the St. Louis County jail this year 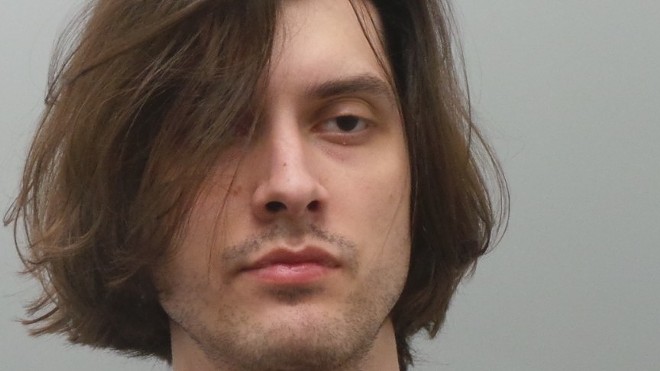 This morning the Post-Dispatch reported that a former teacher facing charges of statutory rape died yesterday while in the custody of the St. Louis County Jail.

A corrections officer found Brandon Holbrook, 30, unresponsive in his cell around 4 p.m. Monday.

Holbrook's death is the third in the county jail this year. No detainees died in the jail the past two years.

Holbrook's attorney Scott Rosenblum tells the RFT , "A thorough investigation is in order. There's no indication that this young man was suicidal. In fact, given the circumstances he was upbeat."

He said Holbrook was participating in his defense and had "tremendous" family support.

According to KMOV, Holbrook's alleged victim was a 14-year-old student at Bernard Middle School in Mehlville, where Holbrook had been working as a substitute teacher.

Holbrook groomed the girl via social media platforms and by texting messages and pictures with her. Holbrook allegedly raped the 14-year-old at the girl's home on three occasions.

Police say that Holbrook later made threats against the girl to try to dissuade her from exposing his crimes.

Subsequent to Holbrook's arrest, the Post has reported that more potential victims have come forward.

Holbrook entered the county jail about a week and half ago and was still by himself in a cell in quarantine due to COVID protocols for newly arrived detainees. Rosenblum says he was supposed to have a bond hearing this morning. The attorney tells the RFT he was "completely optimistic" Holbrook would have been released to wait for his trial outside of jail.

After Holbrook was found unresponsive in his cell, corrections officer attempted to revive him with CPR and Narcan.

Doug Moore, spokesman for St. Louis County Executive Sam Page, told the Post that there were no objects in the cell with which Holbrook could have injured himself, nor were there any signs of suicide.

There were no signs of foul play.

Six detainees have died while in custody of the city jail since April.