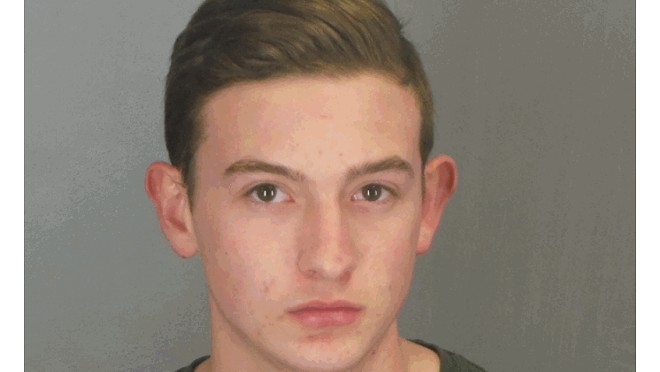 Four people have been indicted in relation to a 19-year-old Jefferson County woman's fatal fentanyl overdose, including William Edward Martin, who allegedly supplied the drugs to the victim.

The indictments stem from an incident on June 23 when Martin and the victim, Martin's ex-girlfriend identified in court documents as KH, met in the parking lot of a Walgreens in Arnold. Martin drove a BMW, and KH drove a Chevy Impala.

At the time, Martin was already wanted by police for allegedly shooting and wounding his roommate a few days prior, according to a police affidavit.

The affidavit states that KH was seen on surveillance video getting into Martin's BMW. A short while later, Martin is shown dragging KH from the BMW into the back seat of the Impala. Surveillance video showed KH to be "incapacitated and in medical distress." Martin then drove away from the scene.

A little before 5 a.m. the next day, KH's father was searching for her when he came upon the Impala in the Walgreen's parking lot. First responders pronounced her dead at the scene.

On June 29, police attempted to pull over Martin in his BMW, but he fled.

The affidavit says that later that day, police successfully pulled over the BMW, this time with Martin's current girlfriend, Tanisha Payne, driving. Martin was not in the car. A police search of the vehicle revealed a safe the girlfriend said belonged to Martin and which contained fentanyl.

When Payne was being questioned by police, Martin texted her repeatedly threatening to harm himself. Police pinged Martin's phone and tracked him to an area behind a Schnucks. He had a loaded gun.

During his own interrogation, Martin allegedly admitted to shooting his roommate as well as to being a daily fentanyl user who sold to others to support his habit. He initially denied having seen KH since the day he shot his roommate and said he didn't see her on the day she died. But when confronted with surveillance evidence he stated that when KH began to overdose he panicked, fleeing the scene without calling 911 because he knew police were looking for him.

He pleaded not guilty on Tuesday. If convicted, he could face 20 years in prison.

In a superseding indictment filed by federal prosecutors last week, two more individuals were charged for their allegedly supplying Martin the fentanyl that killed KH.

Steven “Lemon” Littler, 33, and Jacqueline Williamson, 33, both pleaded not guilty to charges of conspiracy to distribute fentanyl and distribution of fentanyl with a resulting death.

After their arrests, both Williamson and Littler were discovered to have stashed more suspected fentanyl on their persons. Williamson was discovered to have drugs in her possession at the federal courthouse. "Suspected narcotics were found on Littler prior to his entry into jail," a statement from the U.S. Attorney's Office says.

The fourth person indicted in relation to KH's death is Payne, 22, who is expected to turn herself in today. She's facing charges of conspiracy to distribute and possession with intent to distribute fentanyl.

“Hard work by federal and local investigators resulted in charges not only against the person who provided a fatal dose of fentanyl to the victim but those higher up in the chain of supply,” U.S. Attorney Sayler Fleming said. “These charges won’t bring this young girl back but will provide some accountability for a heinous crime and hopefully serve as a warning to those who sell this potentially fatal drug.”