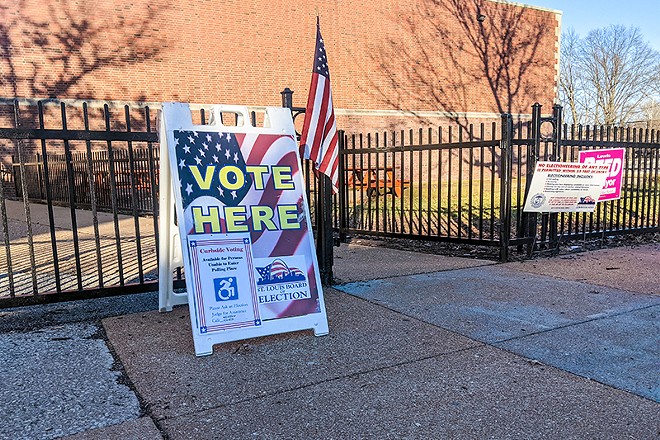 
This story originally appeared in the Missouri Independent.

A Missouri judge dismissed a lawsuit Thursday that argued a new law requiring Missourians present a government-issued photo ID to vote is unconstitutional.

Cole County Circuit Judge Jon Beetem ruled that the plaintiffs — the Missouri NAACP and League of Women Voters of Missouri, along with two voters — didn’t have the standing to bring the case because they couldn’t provide evidence of harm.

However, the voting advocates who filed the case in August say the ruling is a “procedural pit stop” on the way to the Missouri Supreme Court, noting that Thursday’s ruling doesn’t address the legality of the new state law.

“This is a procedural ruling,” said Denise Lieberman, director and general counsel for the Missouri Voter Protection Coalition. “This case will be decided by the Missouri Supreme Court, which has twice concluded that limiting the forms of voter ID in the very way that this law does violates the Missouri Constitution and Missourians’ right to vote. So this is not the end of the line for this lawsuit in any way, shape, or form.”

Lieberman said the judge did not dismiss the case outright but offered the opportunity to amend the pleadings to provide the specificity that he believes is warranted.

She said attorneys with the coalition and ACLU of Missouri, who are representing the plaintiffs, are deciding what step to take next to ensure a ruling comes before the Nov. 8 general election.

“I applaud and agree with the court’s decision to dismiss this lawsuit since not even the plaintiffs could find a single individual who would be prevented from voting,” Ashcroft said. “Missouri elections will continue to be safe, secure, and accurate as we prepare for November.”

While lawmakers have approved voter ID laws numerous times, and voters signed off on putting it in the state constitution in 2016, the proposal has never withstood a legal challenge in Missouri.

Currently, voters can present a variety of different forms of identification at the polls, including some that don’t include a photo, like a utility bill or voting card.

Under the new law, registered voters would either have to get a government-issued photo ID or cast a provisional ballot on Election Day.

The provisional ballot would be counted only if the voter returns later that day with a photo ID or if election officials can verify their signature based on voter records.

The week before the voter ID law went into effect in August, advocates filed the lawsuit, asking for a preliminary injunction to stop Missouri from enforcing it.

Unless the court intervenes, the changes will be in effect for the Nov. 8 general election.

About 137,700 registered voters in Missouri did not have a state-issued identification in 2017, according to an analysis from the Secretary of State’s Office. Another 140,000 voters had expired IDs, and 2,000 more voters had forfeited their driver’s licenses.

In that same ruling, the court considered the state’s request to strike the non-photo ID options altogether – which is what the new law would do – and concluded that it posed “constitutional concerns and could not have been adopted by this court.”

While the state is supposed to provide IDs to people for free if they can’t pay, there are still costs involved in getting the documents needed to obtain the ID, the Supreme Court’s ruling noted.

Also, each person only gets one free ID.

“As a result, with the exception of individuals older than 70 whose photo identifications do not expire, prospective voters, in future elections,” the 2020 Supreme Court ruling concluded, “will be required to pay a fee to obtain photo identification.”