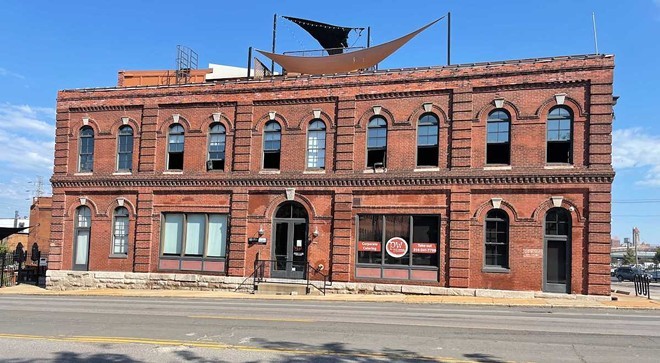 BENJAMIN SIMON
The beloved French restaurant and brunch spot Vin de Set has been closed since an early-morning blaze in September.

Recently recovered security camera footage has revealed astonishing insight into the cause of the fire that destroyed Vin De Set on September 19.

According to owner Paul Hamilton, video footage from the restaurant's DVR shows three patrons disposing of cigarettes into a hanging flower basket in the part of the building, starting the fire at approximately 2:30 p.m. on September 18.  The basket soon began to smolder, eventually escalating into an all-out blaze that engulfed the restaurant in the early morning hours of the following day, roughly 13 hours later.

The longstanding French restaurant — a brunch favorite for its sizable second-story rooftop patio and views of the city — has been closed ever since.

Hamilton says he was finally able to put the pieces together in the last few days after a months-long recovery effort by the video recorder's manufacturer.

"The video recorder was damaged in the fire because of the water, so we sent if off to the manufacturer to retrieve it, but they were really slow-going," Hamilton explains. "They could only give it to us a couple of hours at a time. At first, they gave us from where the fire burned the camera to roughly 3 or 2:30 a.m. when it totally engulfs the whole place. Obviously, there was something going on before that."

After viewing that initial video, Hamilton tells the Riverfront Times that he went back to the DVR manufacturer to see if they could access earlier information. Through a series of footage, recovered in roughly two-hour increments and working backward from the time water destroyed the camera to the initial spark, the picture of what happened began to reveal itself:
"You can see them walking out on the deck after brunch," Hamilton says. "They light up and are all standing around this hanging flower pot over by the railing on the side that faces the parking lot. They get done, put them out in that basket, and about 20 minutes later, the basket starts smoking." 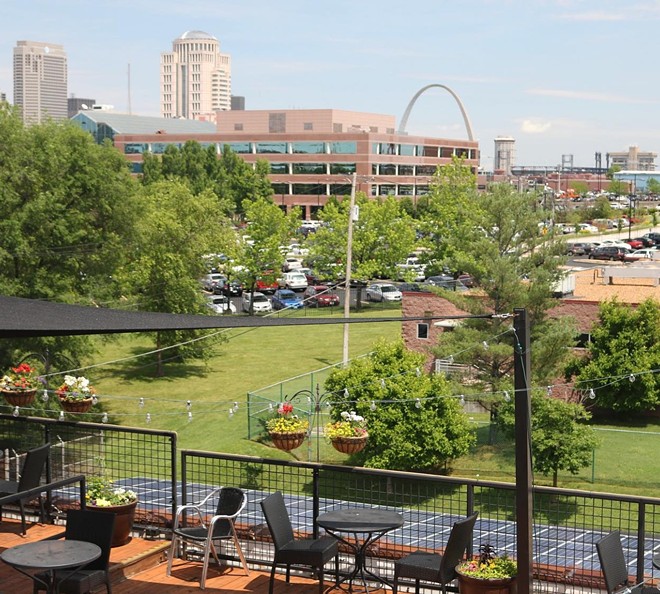 Courtesy of Paul Hamilton
In this photo's lower center, you can see the hanging baskets on Vin de Set's patio that ended up nourishing a slow-building blaze.

Hamilton admits he was surprised to see just how slowly the fire smoldered before exploding into the catastrophic blaze. As he explains, prior to viewing the video, he assumed that the fire was caused by either an electrical issue or someone shooting a firework into the building; it just seemed odd to him that there could be any other explanation because of how the fire started underneath the deck.

However, upon detailed examination of the video, you can see that the coconut fiber-lined flower pots appear to be the source; the theory is that smoldering debris (likely the coconut fibers) melted the rubber roof, then got underneath the deck's parapet, or low protective wall, into a six-inch space that eventually caught fire.

"Literally, from the time we have video until when the actual flames broke through was 12 hours," Hamilton says.

Though Hamilton, his wife, Wendy, and his team have gone through a wide gamut of emotions since the fire destroyed such an important part of their lives, he says that the first emotion he had when seeing the video was relief. 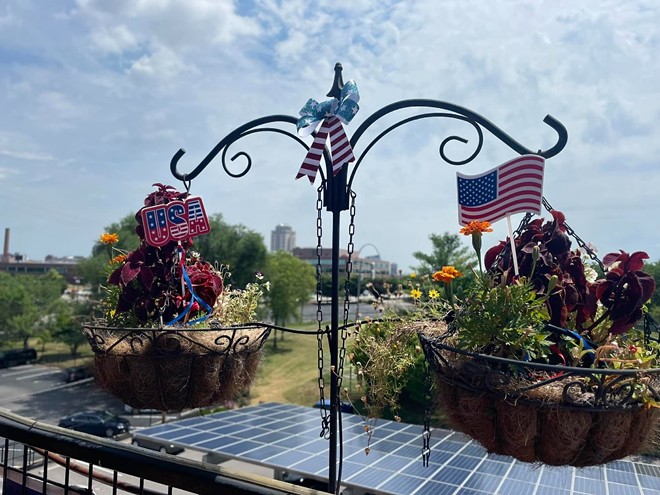 Courtesy of Paul Hamilton
A close-up of the flower baskets shows a fibrous liner likely caught fire from cigarettes.

"I was relieved it wasn't purposeful," Hamilton says. "At first, I'd though that maybe someone had done something malicious. The fact that it was basically someone's stupidity doesn't make it any better or change what we had to deal with, but at least it wasn't malicious. It's not like they said, 'Let's put our cigarettes out in this flower pot and burn the place down.' Still, it's unbelievable that such a small thing — the action of a couple of people — could do this."

While he is relieved that he has answers, Hamilton is not dwelling on the actions of the people in the footage and is instead focused on rebuilding. He is thankful that he has insurance and is pleased with how the company has handled everything so far.

Because of this, he and Wendy are committed to rebuilding, even if it is an enormous project that will have to happen in stages. Right now, they are in the demolition phase of the process; as he explains, the fire may have been terrible, but the water it took to put out the flames did the most extensive damage. As a result, every bit of drywall and flooring has to be removed before they can even think of restoring the building.

"It took us a year to build two floors and 16 years to build the other two," Hamilton says. "It's going to be a long process."