"I want a check," says Deshawn Harris, who was wrongly identified by Gateway Pundit 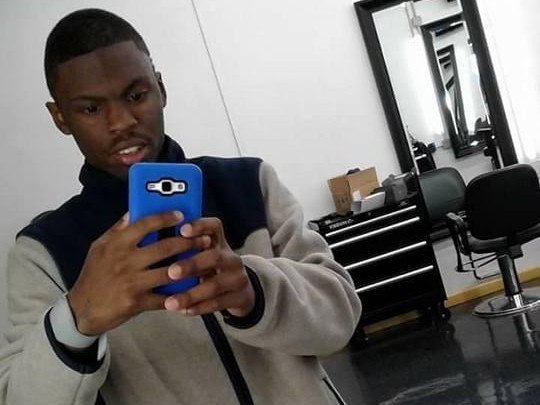 A 23-year-old former Hazelwood East student has had his life turned upside down after some in the media mistook his Facebook account as belonging to Monday's school shooting suspect, Orlando Deshawn Harris.

"People were talking about how I did horrible stuff for killing this person," Harris says. "I didn't even know this person."

On Monday evening, when St. Louis police released the name of the 19-year-old suspected of killing a teacher and a student at Central Visual and Performing Arts High School, journalists and amateur sleuths were in a mad dash to find more information on the alleged shooter.

It didn't take long for many of them to come across Deshawn Harris's Facebook profile, much of which was set to public and included photos of him holding a long gun.

People began commenting on old posts of his. "You killed a child bro," began one commenter. "And now YO DED fool...good riddance," wrote another.

"I don't want my son all over that type of stuff," Debra Harris, Deshawn's mom, told RFT. She said that her sister and nieces have called her worried.

Harris said that he's been trying to stay inside as much as possible since Monday, afraid that the case of mistaken identity online might lead to someone trying to hurt him in real life.

Harris says he wants to know what sort of legal options he has to clear his name.

"I want someone to cut me out a check," he says.