Two suspects have pleaded guilty to being accessories after the fact 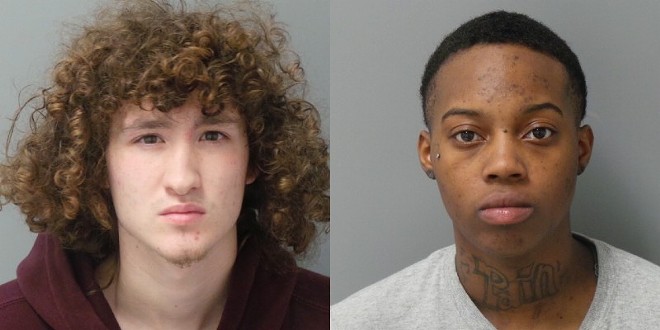 The second of two individuals facing charges related to the robbery of a St. Louis Blues prospect on the Arch grounds in September of last year pleaded guilty yesterday in federal court.

As part of her plea agreement, Kaniya Sloan, 18 at the time of the incident, pleaded guilty to a charge of being an accessory after the fact of a robbery on federal territorial jurisdiction. Prosecutors dropped a charge of aiding and abetting a robbery.

The charges stemmed from September 13, 2021, when a St. Louis Blues prospect visiting the city and walking with a woman on the Arch grounds was robbed at gun point.

Among the items taken from the victims were a purse, a wallet, iPhones and a passport.

About 30 minutes after the robbery, the iPhones were sold to an EcoATM at a Walmart in Collinsville. Police tracked the stolen iPhones to that location and used the store's surveillance footage to identify Sloan and two other individuals.

One of the three people was a minor at the time of the incident. The third was Christopher Franklin, 19 at the time.

Police later pulled over Franklin, Sloan and the juvenile as they drove around downtown "committing numerous traffic violations."

A black Glock 19 handgun was recovered in the car, court filings say.

“That’s my dad’s gun in the back seat,” the juvenile stated spontaneously.

All three were taken into custody. Sloan and Franklin initially denied their involvement in the robbery before being confronted with the Walmart surveillance footage.

According to Sloan's plea agreement, the juvenile is the one who held the two victims at gunpoint.

Franklin pleaded guilty to the same charge as Sloan earlier this month and was sentenced to two years in prison.

He was also ordered to pay more than $7,000 in restitution.

Sloan is set to be sentenced January 31.