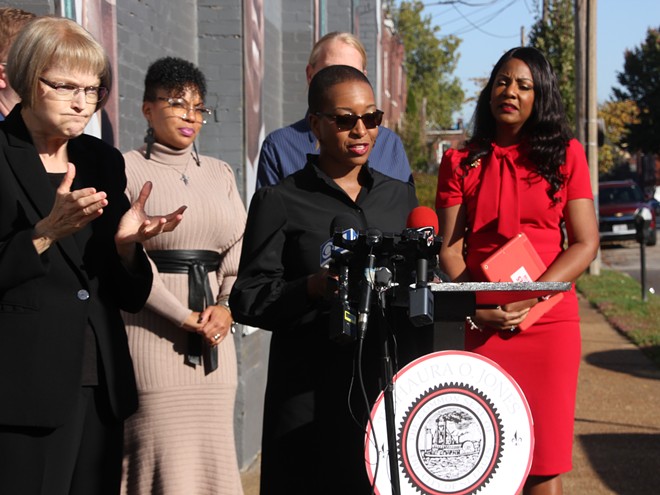 Jessica Rogen
RAC President and CEO Vanessa Cooksey says the monies will go toward helping the St. Louis arts and culture sector rebound from the effects of the COVID-19 pandemic.

Arts organizations and artists in St. Louis city are about to get a big infusion of cash.

This morning, Mayor Tishaura Jones announced that the City of St. Louis would allocate $10.6 million in American Rescue Plan Act funds to the Regional Arts Commission of St. Louis through the passage of Board Bill 66. The funds, which are the third highest distribution of ARPA monies to the arts in the country, are intended to help the St. Louis arts and culture sector rebound from the effects of the COVID-19 pandemic.

"Art brings more than just pride to St. Louis," Jones said at an event held outside the Luminary today. "It generates economic opportunities for residents across our city. The arts generates more economic activity throughout our region than all of our sports venues combined. It creates thousands of jobs and supports hundreds of independent business owners. Shuttering theaters and closing our galleries, the COVID-19 pandemic brought economic devastation to industries across the country, especially the arts."

The ARPA money will be dispersed in 2023 and 2024, with RAC President and CEO Vanessa Cooksey saying that it plans to use 80 percent in 2023. Due to ARPA restrictions, the funds will go to artists and organizations located in St. Louis city.

Funds can be used for revenue replacement and to lessen negative economic impact, such as for new projects from artists and arts organizations. Cooksey also mentioned beautification such as murals and statues in the community.  RAC will also conduct its normal, annual grants process for artists and organizations throughout the greater St. Louis region.

Allocating millions of dollars to the arts makes sense, both Cooksey and Jones assert. 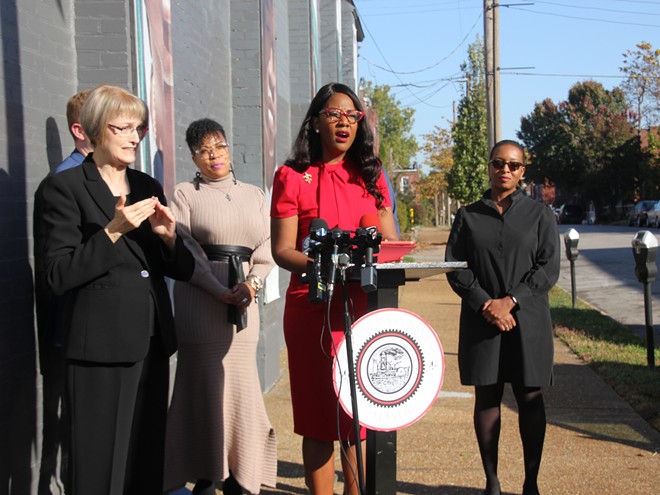 RAC, which exists to invest in the greater St. Louis area arts, draws 98 percent of its funds from a portion of the St. Louis hotel/motel tax. In 2019, the organization had its highest revenue year in history in the wake of the Blues' Stanley Cup win. But the pandemic brought a devastating loss of revenue, and RAC went from an approximate budget of $7 million in 2019 to approximately $3 million in 2020 and $4 million in 2021.

Cooksey hopes to see $5 million in 2022 and anticipates a long-term rebound. Individual arts organizations, she says, faced similar revenue losses, and as temporary sources of income, such as those from the Paycheck Protection Program,  dry up, the problem will continue.

So earlier this year, as Cooksey and others were putting their heads together about lost revenue, several grantees approached them and proposed advocating for RAC to be a candidate for ARPA funds. Together, they decided to approach both the city and the county for a 5 percent ask in October, then got to work advocating.

"For the last 20 years, I've been a neighbor down here and kind of one of the people in the community that has seen exactly what the arts can do to transform a neighborhood and transform our business corridor in St. Louis," Guenther said.

County Councilwoman Lisa Clancy put forward a similar effort in the county for $1.6 million, which failed to pass last month. Since no ARPA funds have been designated from the county, RAC will not disperse funds to artists or arts organizations there.

In the coming days and weeks, RAC will have information on the ARPA funds on its website.

"I'm beyond excited," Cooksey said. "This is historic for us."