The Best Things To Do in St. Louis During the Weekend, November 3 to November 5

The 31st Annual Whitaker St. Louis International Film Festival is back, and St. Louis film fans couldn't be more excited. Rabid movie buffs count down to this festival every year, and they'll have plenty to sink their teeth into at SLIFF 2022. This year, the acclaimed festival is offering more than 256 films that you can catch between now and Sunday, November 13. The selection represents releases from 42 different countries and includes more than 100 documentary and narrative features. A VIP pass to see each film will run you $350 (which works out to only $1.36 per film), but there are plenty of cheaper options, so fans with lighter bank accounts can enjoy, too. Individual tickets for most films cost $15, and 29 film programs are being offered to audiences for free. All virtual programming is being offered at just $5 per program, too. Visit cinemastlouis.org/sliff/festival-home for more information. 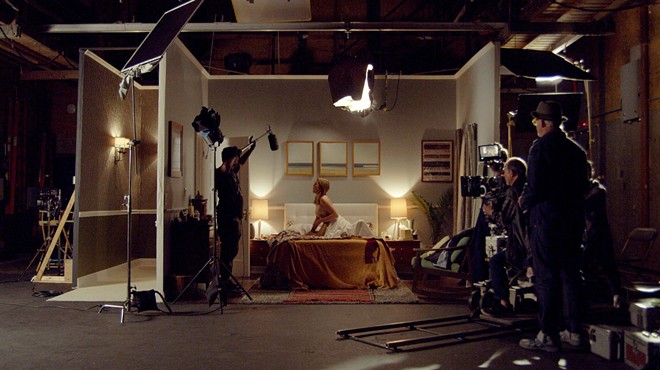 What To Watch at the St. Louis International Film Festival: The Cinema St. Louis fest runs November 3 to 13

Voyage of the Damned

Upstream Theater's show The Good Ship St. Louis is named after the MS St. Louis, a ship that left Germany in 1939 with Jewish passengers who hoped to escape Nazi persecution. The trip became known as the "Voyage of the Damned" as port after port in North America refused to let the passengers disembark. The ship was ultimately turned back to Europe, where many of the passengers died in the Holocaust. Upstream Theater's artistic director, Philip Boehm, says that The Good Ship St. Louis takes that story as a springboard for "a broader exploration of refuge and asylum." Including both original and period music, Upstream's production opens in 1939 but moves forward in time to tell stories of people from Central America, Bosnia and Ukraine who have sought refuge away from their homelands. Catch the show at 8 p.m. at the Marcelle (3310 Samuel Shepard Drive, 314-533-0367). Tickets are $25 to $35.

Art Time of the Month

If you want proof that Grand Center has solidified itself as a bona fide, multifaceted arts district over the past few years, head down to the area on Friday between 5 and 9 p.m. That's when the district hosts First Fridays in Grand Center, a monthly celebration of the vibrant visual arts scene that has made the area the undisputed culture epicenter of the St. Louis region. Museum admission is free at such outstanding institutions as the Contemporary Art Museum, the Sheldon and the International Photography Hall of Fame, where organizers promise cocktails, conversation and entertainment. Stick around for the afterparty at Sophie's Artist Lounge to make a night of it. For more information, visit grandcenter.org/firstfridays. 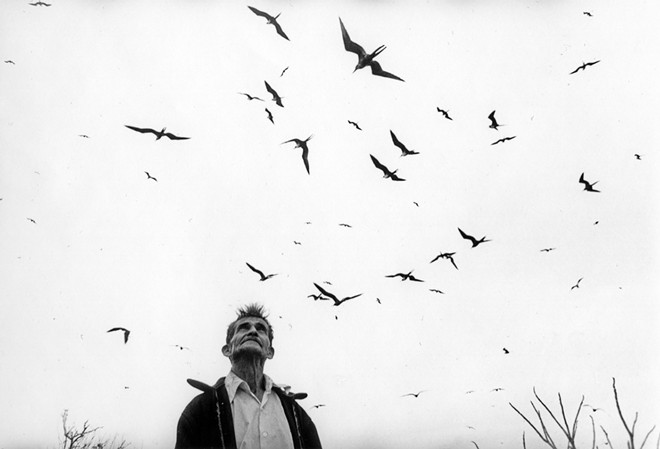 Courtesy Photo
Graciela Iturbide is one of the photographers to be inducted into the Photography Hall of Fame this weekend.

The International Photography Hall of Fame and Museum will honor its 2022 class of inductees at the Hall of Fame Induction and Awards Ceremony at the .ZACK building (3224 Locust Street). This year's class includes Edward Burtynsky, Chester Higgins, Graciela Iturbide, Helen Levitt, Danny Lyon and Sarah Moon, all of whom (except for the late Levitt) will be at the induction ceremony. Each awardee is a photographer or photography industry visionary notable for their "artistry, innovation and significant contributions to the art and science of photography." The ceremony begins at 6 p.m. and costs $500. For those less inclined to spend a few C-notes on an afternoon, the exhibition of their works opens on Saturday, November 5, and will be on display until Saturday, February 11. Admission to the museum costs $5 to $10. More information at iphf.org/2022_induction.

Schlafly Beer's Full Moon Festival returns fully equipped with live music, pig roasting and lots of beer from the St. Louis-based brewery. Warm up around the "bundle of bonfires" that the event promises to have on hand, while you listen to local music from artists such as Hillary Fitz and Dogtown Record Allstars. Perhaps most notably, the festival will hold its fourth annual chili cook-off among chefs from acclaimed St. Louis restaurants. See chefs from Sureste, Cathy's Kitchen, Sando Shack, Hello Poke, Sugarfire Smokehouse and rootberry duking it out with their best recipes. The fest kicks off at 3 p.m. at Schlafly Bottleworks (7260 Southwest Avenue, Maplewood; 314-241-2337). Admission is free.

Art in the Dark

St. Louis' favorite forest of big red tubes and other large-scale art gets even sexier than usual this weekend, courtesy of Laumeier After Dark. The sculpture park, which normally closes 30 minutes after sunset, will stay open until 10 p.m. this Saturday, bringing an array of temporary installations by St. Louis artists, a night market of goods from local vendors and a selection of food and beverage offerings to satiate your varied appetites. The event will also feature live music performances from the likes of We Are Root Mod, the Maness Brothers and Sean Canan's Voodoo Mixtape, ensuring something for everyone. Admission to the special lights-out affair is $5 for adults and free for children under 10. For more information, visit laumeiersculpturepark.org/after-dark.

Book lovers can join the weeklong St. Louis Jewish Book Festival, which will include readings and talks from popular Jewish authors. Speakers include U.S. Ambassador to the Ukraine Marie Yovanovitch on her book Lessons from the Edge about her time as an ambassador, President Donald Trump's campaign against her and her participation in his impeachment trials. There will also be a cookbook panel, a sports night and a romance panel. But things kick off on Saturday, November 5, with Phil Rosenthal, who hosts the Netflix series Somebody Feed Phil, talking about his book Somebody Feed Phil the Book: The Official Companion Book with Photos, Stories, and Favorite Recipes from Around the World. Rosenthal's talk starts at 7:30 p.m. The festival will largely be held at the J's Staenberg Family Complex (2 Millstone Campus Drive, Chesterfield; 314-432-5700, jccstl.com). Check the website for details. An all-access pass is $118, and individual book talks are $20 to $70.

Is there a more natural pairing than art and wide swaths of natural land? Don't answer that, just check out the Shaw Nature Reserve's (307 Pinetum Loop Road, 314-577-9555) Annual Art Show on Saturday, November 5, and Sunday, November 6, from 10 a.m. to 4 p.m. The show will feature the work of 20 St. Louis-area artists in an array of mediums, including glass, ceramic, wood and metal sculpture, painting, folk art, paper, photography, jewelry, basketry, fibers and more. Food will be available for purchase, from the Swallows Nest, Graze Catering and the Gathering Café. Admission is $5 for member vehicles and $10 for nonmember vehicles.