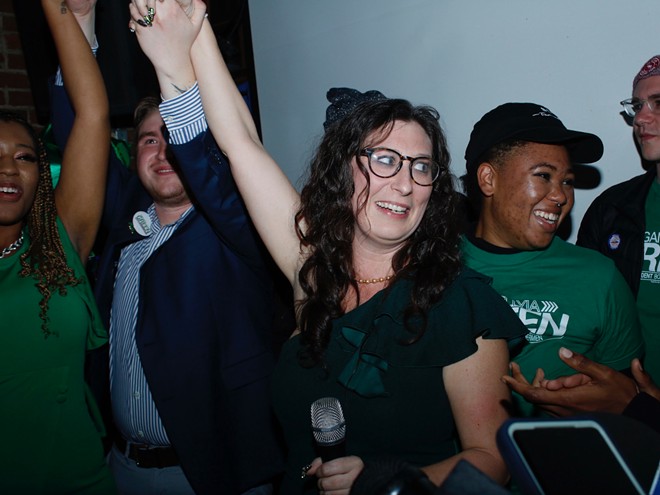 It’s 9:30 p.m. on election night. Constituents of Alderman Jack Coatar meander around tables and chat amiably as they sip beer and wine at Molly’s in Soulard. Less than five miles away in the Grove, a throng of sweaty Megan Green supporters pump their fists to DJ Khaled’s “All I Do Is Win” as the music blares at HandleBar.

At that point, their celebration may have been a bit premature — unofficial election results didn’t cinch Green’s victory until over an hour later, and Coatar didn’t concede until around 10 p.m. — but their excitement was palpable.

For most, the night was the first of a new St. Louis.

Green’s victory over Coatar, a more moderate Democrat to Green’s far-left progressive, means that for the first time ever St. Louis will have a woman president of the Board of Aldermen. Even more than that: St. Louis now has a progressive leader with near identical ideals to that of St. Louis Mayor Tishaura Jones and Congresswoman Cori Bush (D-St. Louis). Plus, Green will sit with the mayor and Comptroller Darlene Green on the Board of Estimate and Apportionment, the city’s top fiscal body — making the city's top-three decision makers, for the first time in St. Louis history, all women.

A progressive leader working in tandem with the same leaders who endorsed her signifies a seismic shift in St. Louis governance, Green’s supporters say. After years of divisive politics and former Board President Lewis Reed and Jones rarely seeing eye-to-eye, Green’s supporters see her ascent as an end to St. Louis’ stark divide among top leadership that stymied progress.

Jones urged Green to run for Board of Aldermen president after federal charges against three former members of the board rocked St. Louis. A bribery investigation led to the resignations and guilty pleas of Reed and former Aldermen Jeffrey Boyd and John Collins-Muhammad. All three will be sentenced in December.

Reed’s departure marked the end of his over 20 years in public office, 15 of which he spent as president of the Board of Aldermen. Coatar’s critics feared his election would have returned St. Louis back to the status quo established by Reed — a claim exacerbated by the endorsements Coatar received from former St. Louis mayors Lyda Krewson and Francis Slay. This signaled to some that Coatar would keep St. Louis in the past and away from a new future.

Yet Coatar’s supporters say his less-progressive views were what made him the best candidate. His middle ground presented a happy in-between for St. Louisans who wanted change, just not as drastic as what Green has called for. 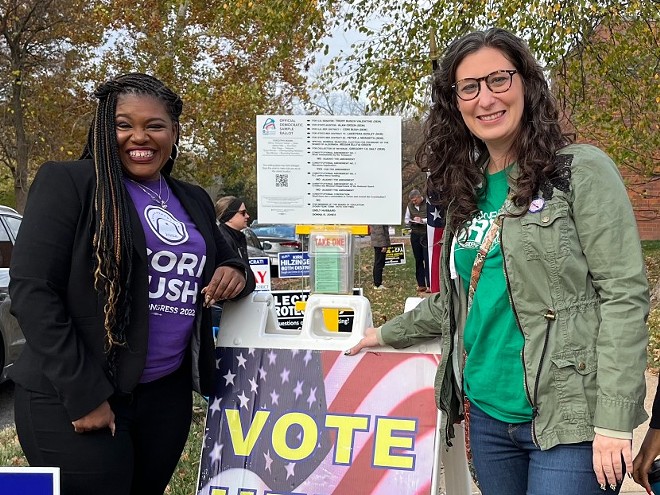 Interim St. Louis Board of Aldermen President Joe Vollmer endorsed Coatar. He describes the alderman as “level headed” and willing to listen “to both sides of anything” — something Vollmer says he doesn’t see in Green.

She has a “one-sided” progressive agenda that “doesn’t seem to work,” Vollmer says. It was police, not social workers, who diffused the shooting at Central Visual Performing Arts two weeks ago, he says.

“These people [progressives] get stuck on clichés and agendas, as opposed to getting to the root of the problem and talking to people,” Vollmer says.

Yet Green’s supporters say a cohort of like-minded progressives leading the city is a good thing. A board president working alongside the mayor would get more things done and quicker. Same goes with cooperation with federal offices.

“Mayor Tishaura Jones and I, and our offices, work so well together,” Bush tells the RFT. “[There’s] much more we could do if we had a Board of Aldermen president who was able to make the changes within the board that would help us be able to deliver even more.”

Last year, Green led a push to “flip the board” to a progressive majority, an effort that mostly worked. Three of the four seats Green targeted ended up with progressive aldermen, including Ward 17 Alderwoman Tina “Sweet-T” Pihl.

Green will have to prove in the months leading up to April that she can work in political aisles other than her own if she wants to stay in office. She’s only replacing Reed for what would have been the remainder of his term. St. Louis will have another election for Board of Aldermen president in April.

Green promised a more effective and cohesive Board of Aldermen after her win Tuesday.

“The Board of Aldermen is not going to be run the same way it has been,” she said. “No more of the divisive politics and the pitting people against each other that holds the city back. We cannot afford that type of leadership anymore.” 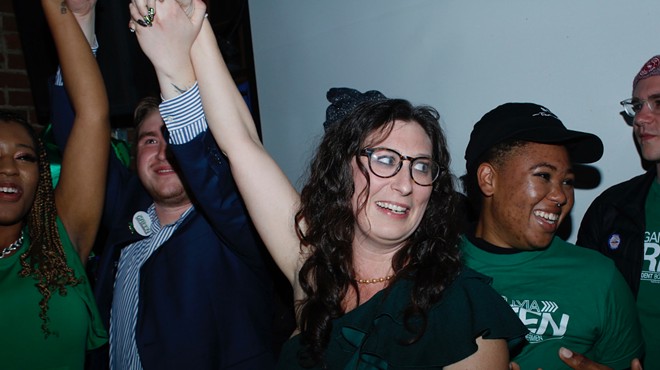