Unable to go to a theater, the teen had a private screening thanks to Marvel 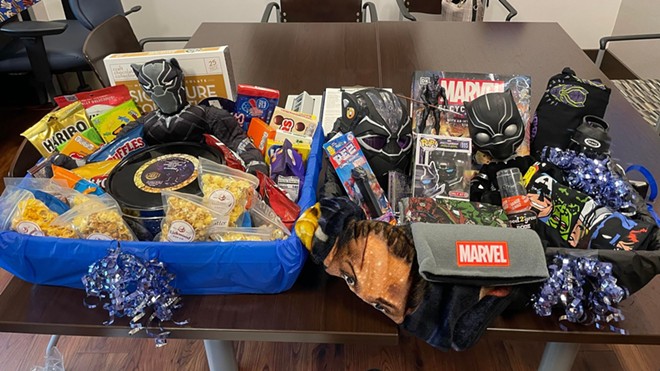 The movie opened in theaters Friday but would not be available on streaming for several weeks. Hirbe's patient, suffering from metastatic cancer, was too ill to leave Evelyn's House hospice. Hirbe previously told the RFT that the teenager "doesn’t have long to live, days to a week or two."

Hirbe put out the plea on Facebook on Tuesday, asking that anyone who might be able to get a DVD of the film to please contact her.

Hirbe's efforts paid off. By Friday, a representative from Marvel had flown up from Atlanta with a copy of the film in hand. 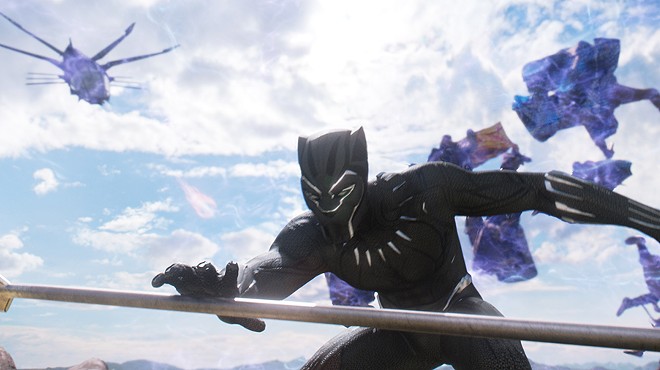 The December 5th Fund wrote on Facebook that on Friday they "delivered the goods and introduced ourselves to this courageous young man."

"It was so special to see a village rally for this young man and give him this special experience that he could share with his sister," Hirbe tells the RFT. "He will forever be an inspiration to my team."

The December 5th Fund's Facebook post said that after the delivery of the movie and other gifts, the 19-year-old was able to relax with his sister and watch Wakanda Forever from his bed.