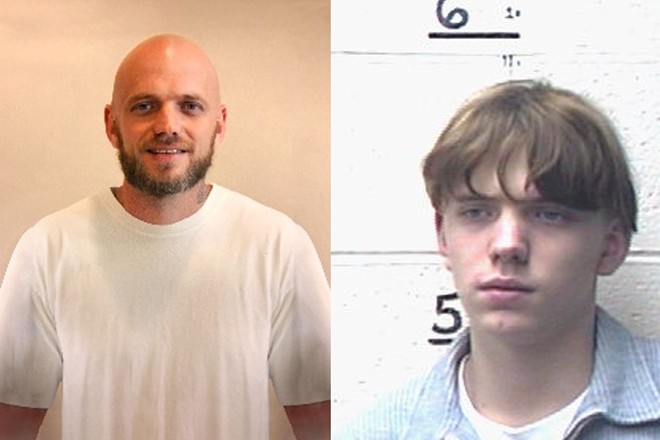 POLITTE FAMILY/ST.FRANCOIS COUNTY
Mike Politte in a recent photo (left) and as a 14-year-old accused of murder.

Mark your calendars and set your DVRs: This Saturday, 48 Hours will turn its attention to the case of Michael Politte.

Politte was just 14 years old when his mother, Rita, was murdered in Hopewell, Missouri, about an hour and a half south of St. Louis. She was struck in the head and her body set on fire in the family's trailer. Law enforcement in Washington County quickly focused on Politte as a suspect.

But Politte has always insisted he didn't do it — and in recent years, a growing number of experts have concurred.  The chemical analysis that supposedly showed traces of accelerant, suggesting he'd set the fire? Demonstrably false, and false at the time of his trial. The fact they never found the murder weapon, or bloody clothes, when a 14-year-old kid staying on site would have had little chance to ditch them? Never explained. The footprints found outside the trailer? Never properly investigated.

This past spring, thanks to the efforts of the MacArthur Justice Center, Mike Politte was released on parole, one of a number of former juvenile offenders in Missouri getting a chance to prove they deserve freedom and a chance to contribute to society years after being sentenced to life in prison. But Politte isn't content with freedom. He wants to prove his innocence.

Twenty-four years after Rita Politte's murder, 48 Hours is going in-depth on her son's claims — and the suspect he believes actually killed his mother.

To watch the 48 Hours focused on Rita Politte's murder and her son's innocence claims, check out the broadcast this Saturday, November 26 at 9 p.m. CT/10 ET. It airs on CBS and streams on Paramount+.

As for Mike Politte's attempts to prove his innocence to the state of Missouri, they gained the support of the Washington County Prosecutor, Josh Hedgecorth, who filed a motion to vacate the conviction using Missouri's new wrongful conviction law.

But the Missouri Supreme Court has moved slowly on his case. By the time the case is fully briefed, Hedgecorth's successor will have taken office. That's a pretty serious complication, and one that makes the court of public opinion Politte's best bet — for now, at least.

Editor's note: A previous version of this story contained inaccurate information about Rita Politte's cause of death. She was struck in the head, not stabbed. We regret the error.