The fire killed one person and destroyed a historic puppet theater

A makeshift memorial is outside of Bob Kramer's Marionettes today after a fire destroyed the theater and home on Friday. A body that has yet to be identified was found among the rubble.

The fire broke out in the 4100 block of Laclede Avenue at 7:30 p.m. and engulfed the home. More than 60 firefighters worked through the night to control the two-alarm blaze. The structure has since been knocked down. 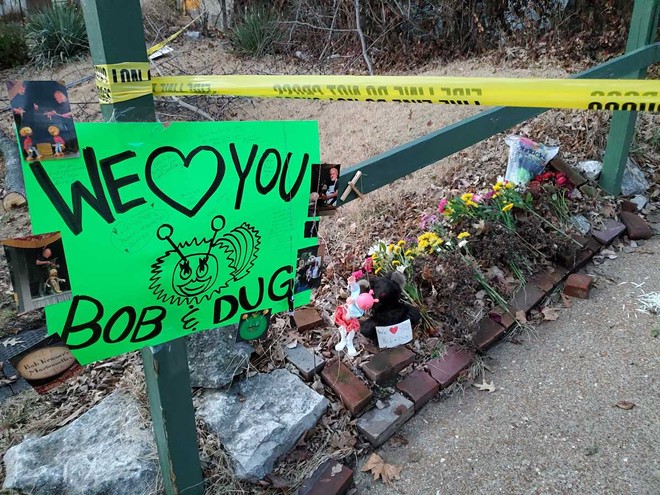 ROSALIND EARLY
Neighbors and fans have left flowers and signs at the site of the fire in support of Bob Kramer and Dug Feltch. It's feared that Kramer died in the fire.

Bob Kramer and long-time partner Dug Feltch had operated the marionette theater for 60 years. It was one of the country's longest running puppet theaters.

Firefighters were told that there were two people in the home and they were able to rescue Feltch, who was transported to the hospital for smoke inhalation, but the second person couldn't be reached in time, and when the building cooled down, dogs found a body in the rubble. Neighbors and others fear it is Bob Kramer.

Support is already pouring in after a GoFundMe was set up to help the Kramer's Marionettes Disaster.

Harold Karabell, the president of the West Pine-Laclede neighborhood association set up the GoFundMe, which has already raised more than $30,000 to help Feltch after the fire.