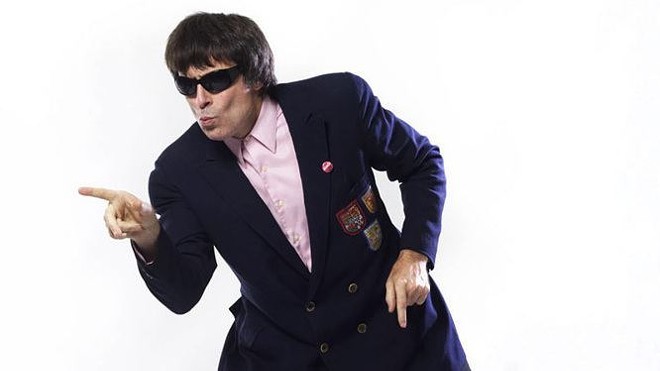 Lynn Terry
Beatle Bob has been dancing at St. Louis concerts longer than some of us have been alive.

For the first time in 27 years and 9,439 days (minus the pandemic), Beatle Bob will not dance at a concert tonight.

The St. Louis native, whose real name is Robert Matonis, announced on Sunday evening through social media that he has been living with Lou Gehrig’s Disease, also known as ALS, since February 2022.

Matonis reflected on 2022 in his post and wrote, "It was the worst year of my life ever as in February of last year, I was diagnosed with ALS... My neck muscles are so weak I can't lift my head straight when standing or walking. This past year my voice was so slurred it was hard to understand. Thank goodness for social media that allowed me to communicate. Also I had great difficulty swallowing and I had to give up eating a lot of favorite foods. As a result I Iost about 25 pounds that I didn't need to lose.”

Matonis wrote that he has been attending concerts over the past few weeks, but the condition forced him to sit down during the shows. He said he will check into Barnes Jewish Hospital on Monday to have a feeding tube placed in his stomach. He will need to stay in the hospital for two nights.

The announcement effectively ends Matonis' unprecedented concert run — a run he says started on December 25, 1996, and hasn’t stopped since, other than 85 days off during the COVID-19 pandemic.

For those two decades, Matonis has grown into a local legend known for his non-stop dancing near the stage in a Beatles mop-top haircut.

But Matonis expressed hope that this isn't the end. He said he plans to make his way back to concert halls again.

“It was a good concert run while it lasted,” he wrote, “and hopefully my weight will return fast enough to put me back on the dance floor.”