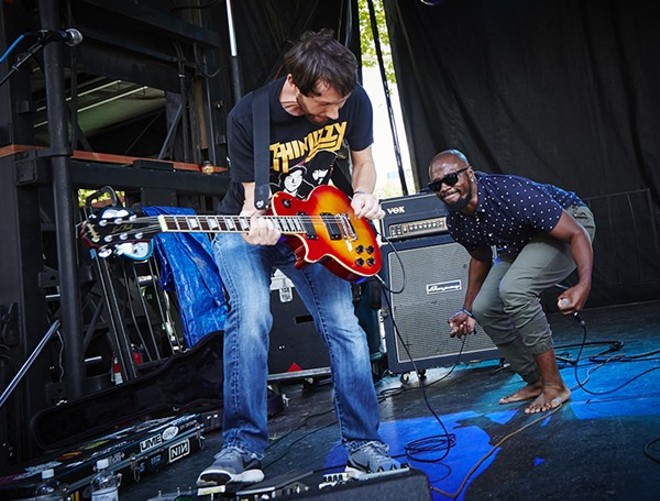 Because Illphonics is a St. Louis band and its is a St. Louis story, the genesis of its new album starts where every St. Louis story eventually winds up: high school. When four-fifths of the band were students at University City High School, the institution's musical legacy (which has fostered the talents of everyone from Nelly to Jeremy Davenport) seeped into members' everyday experiences.

While a few of them played in the school's jazz combos, a less formal setting brought emcee Larry "Fallout" Morris and pianist Keith Moore to recognition. Morris and Moore would set up shop at cafeteria tables — Morris with his verses and Moore with his portable 61-note piano keyboard — and entertain their classmates during lunch.

"We would have these elaborate rap sessions every day — it was amazing," says Morris. "So many emcees came from U. City. Nato Caliph, Thelonious Kryptonite, Nelly and them. Everybody wanted to be that guy. When you walked into the cafeteria, you didn't know whether you was gonna flow or battle."

Fast-forward to 2017; Illphonics is one of this city's foremost live hip-hop acts, releasing albums every few years and playing increasingly high-profile gigs at home and abroad, including a slot at last year's LouFest. But when it came time to name its newest LP, Morris reached back to high school for the inspiration for what would become Purple Piano Society. 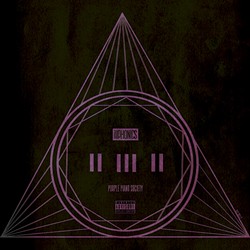 "Going to U. City High School, there was the Purple Piano Club, and I always had this fascination with it," says Morris. "It was a basic music club — we had an actual purple upright piano at U. City High School. Keith would go play it, and I always thought that a purple piano was the dopest thing in the world. So with my imagination I just took it to extremes."

In conversation with Morris, guitarist Kevin Koehler and drummer Chaz Brew, it becomes clear that Purple Piano Society represents more than just a new set of songs for Illphonics. It marks the first time that the group has self-recorded its material, with Koehler taking the lead as engineer. In addition, the album allowed band members (which include Simon "Spanky" Chervitz on bass) to stretch out and step away from their usual instruments.

"For me, I feel like Purple Piano Society kind of represents where we're going as a group," says Morris. "I think people have seen us as a live band for years — they've seen Kevin only as a guitarist and me as an emcee, Keith only as a keyboardist, Chaz only as a drummer and Spank only as a bassist. What makes this album so special is that we all sat in a room together and switched — everybody did something a little different."

Koehler, who recorded the bulk of the album in his south city home studio, relished the chance to help shape the songs from behind the mixing console. "It was cool for me to jump out more as an engineer, but thinking about it from a production standpoint — what could I add to this song? It doesn't have to be guitar," says Koehler. "I'm proud to have this be an opportunity for people to see me as not just a guitar player. Like Larry said, it is all of us branching out and assuming a role that we never have assumed before. Ultimately it makes us stronger as a band for it."

While much of the material on the new album stays true to Illphonics' established style of live-band hip-hop, many of the tracks put a focus on pairing Morris' verses with more melodic hooks and choruses; to help with that sweetening, the band has partnered with a number of guest vocalists. Lena Charlie aids the snappy, syncopated sound of "Heights" while Joaquin Musick guests on a few songs here, including the subtle triumphs of opening track "We Are (Majestic)." Taken as a whole Purple Piano Society serves as a continued evolution for a band that has never worried too much about staying in one lane.

"We wouldn't fit with just the typical hip-hop acts, with the emcees and the DJs," says Brew of Illphonics' early days. "We just have so much more music to offer. Just a hip-hop head wouldn't necessarily know what to think at first, 'cause the instrumentation would throw them off before the emcee verses."

While the band has built much of its reputation as a live act, Illphonics has taken a brief respite from the stage, both to work on new material and to avoid over-saturating the market. The band's booking agent recommended that Illphonics not play a hometown gig until after its upcoming tour, so while Purple Piano Society gets released this week, the band won't show off its new material to St. Louis audiences until its August 26 gig at the Old Rock House.

"We're still paying dues," Morris says of the upcoming tour, which will find the group opening for local acts across the Midwest and East Coast. "People think, 'Yeah, you guys have made it!' No we haven't!"