The Den Brings a Massive Members-Only Gamer's Playground to Downtown 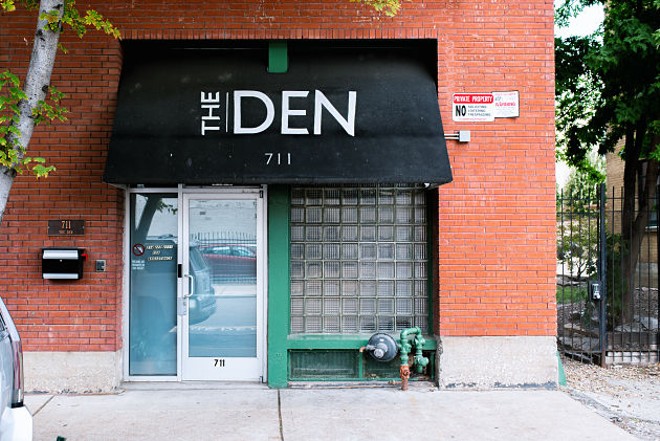 Photo by Spencer Pernikoff
Open since January, the Den (711 North Thirteenth Street) is a 16,000-square-foot, family-friendly, members-only social club — think of it like an apartment complex’s common area on steroids. It’s an event space that’s been utilized as an indoor playground for both adults and children who work and/or reside in downtown St. Louis. Inside, you will find a plethora of conversational games like Scrabble, chess and Monopoly, as well as more interactive games like bocce ball, shuffleboard, ping pong and even a golf simulator.

The Den is a labor of love and passion project for ER doctor Sonny Saggar, the medical director of St. Louis Urgent Care and a fierce advocate for downtown, building community in an area he’s worked in for ten years. He calls the space the best therapy he’s ever had and enjoys getting his whole family involved in the process of running the Den.

Saggar, who has owned the building for more than five years, admits he didn't initially quite know what to do with it. "I've got a mortgage," he confessed to us last August, when the Den was still a just an idea. "It's like owning a second home and never using it. But I don't want to do just anything with it."

Photo by Spencer Pernikoff
His dream was to create a private social club for both kids and adults to unplug with non-electronic games and a gathering place to aid in building a better community downtown. Saggar speaks of downtown like it’s one of his children, and his dedication in both his professional life as the only physician downtown (yes, you read that right) and through personal projects like the Den are a constant.

Its safe to say he's realized that dream. We can’t downplay the sheer scale of the venue, which holds meeting rooms, a common area for board games, a kitchen, TV, and bar area (complete with comfy chairs), vast game area and a 400-person banquet space. All this can be yours, with 24/7 access, for a $200 annual fee. Saggar wants visitors to think of it as an extension of their home, which for most downtown residents means a loft.

Photo by Spencer Pernikoff
A membership to the Den allows more common space when friends visit, a place to throw events, book meetings, or take the kids when they go stir-crazy during the winter months or summer’s suffocating humidity. There isn’t a food and beverage program; the space is BYOB.

There isn’t much structure to the layout, and depending on the day, the space can be many different things. For instance, if you happen to be here during a themed trivia night, you will find the place transformed into Hogwarts or filled with hundreds of Disney princesses frolicking about. Or you might pop in on a Saturday night and find a handful of people taking in a Cardinals game.

Photo by Spencer Pernikoff
The aforementioned trivia nights have become quite a scene in their own right, regularly attracting more than 200 people. In December, the Den will be hosting two Harry Potter-themed Yule Balls: The space will be decked out and guests are invited to dress the part as a wizard or a witch. (Check their Facebook page for the full event lineup and details on how to attend or to throw your own party or fundraiser.)

Almost all of the events are for all ages, meaning almost everything The Den hosts is family-friendly by design. Although Saggar has no plans to franchise his concept, he believes that “every city should have a place like the Den.” 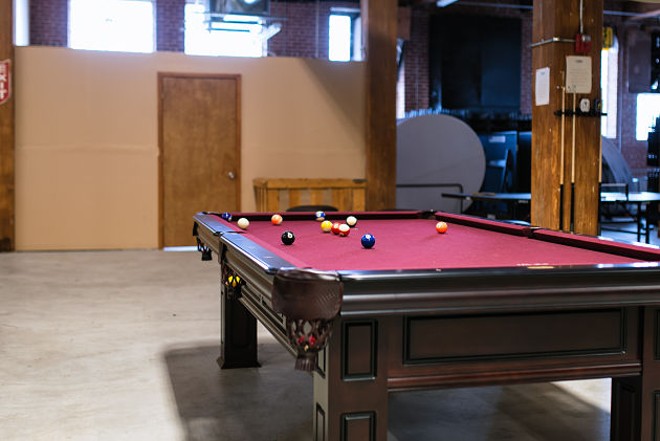 Photo by Spencer Pernikoff
Ellen Prinzi is our bar and nightlife writer, she likes strong drinks and has strong opinions. You can catch more of her writing via Olio City, a city guide app she started last year.