William Inge's life was no Picnic 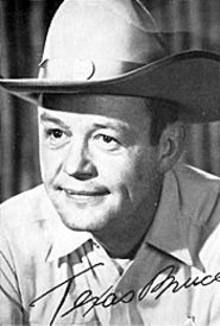 Fifty years ago this very week, in January 1953, William Inge's Picnic was enjoying a pre-Broadway tryout at the original American Theatre at Seventh and Market. But for the reticent playwright, the return to St. Louis was an ambivalent homecoming. Inge had lived here from 1943-49. Indeed, he wrote the first draft of Picnic in St. Louis and first saw it performed here. Nevertheless, his memories of the city were tinged with despair.

"When we did the play in 1948, it was called Front Porch," says Harry Gibbs, who created the role of the charismatic drifter Hal Carter. Gibbs, now 85, reminisces about that debut production during a conversation in his Kirkwood home. "In those days, I did a lot of local acting," Gibbs says. "I got to know a colorful Post-Dispatch reporter named Jack Balch. One day Jack said, 'There's this guy, Bill Inge, who teaches English at Washington U. He has a play he'd like to see done.'

"So Jack and I pooled what money we had, which wasn't much, and we rented a space in the Morse School of Expression at Boyle and Olive, and we proceeded to produce Front Porch.

"Bill, of course, sat in on rehearsals. It didn't take long to realize that he was a walking tragedy. It broke your heart to be with him. He was only in his early thirties, but already he was hitting the booze way too hard, and he was also fooling around with what in those days we used to call 'rough trade.' At one rehearsal he arrived beat up so bad, it turned your stomach.

"Jack Balch was a talented writer, but he was a lousy director, and his ideas hurt the play. I got aggravated that Bill didn't fight more for his work, but he was a very tentative person and not confrontational. He had a tendency to want to try to fade into the wallpaper, but he couldn't, because he had a quality that was inescapable. You knew he was there. Already, there was something special about him."

It was a quality that another budding St. Louis playwright, Tennessee Williams, recognized as well. Thanks to Williams' intervention, Inge's next play, Come Back, Little Sheba, was produced on Broadway. Inge then returned to the material of Front Porch. With its new title, Picnic would win the Pulitzer Prize and become the most enduring of Inge's four hits, which also included Bus Stop and The Dark at the Top of the Stairs.

As the most successful American playwright of the 1950s, Inge enjoyed many a long run. But so, too, did Gibbs, who became an icon of early St. Louis television. From 1950-63 he starred as Texas Bruce on KSD-TV's The Wranglers Club.

"Television in those days was darn near frightening," Gibbs recalls. "I think we all understood right from the beginning that this thing had enormous power for good or ill. Today, TV has gotten to where radio used to be, just noise in the house. But in the 1950s, people listened intently to every word you said. That's why I got rid of my six-guns before I was through. I got to where I didn't want to push pistols onto little kids."

After Front Porch closed, Gibbs never saw Inge again. But when, in June 1973, Gibbs learned that the playwright had committed suicide in Los Angeles, he was "stunned, probably, but not surprised. Admittedly, I'm talking with decades of hindsight, but you could see it coming from the beginning. Bill was so unhappy, suicide almost seemed inevitable."