After dwelling in obscurity since 1987, heavy metal band Anvil was brought back into the limelight with the release of the documentary Anvil: The Story of Anvil in 2006. The band has been touring since and made a stop at Fubar on February 19, 2015 with other metal bands Lord Dying and Sunlord.

Photos by Theo Welling for the Riverfront Times "Sister D" runs the Metal Pounders Union and runs the merch table at all Anvil shows including this show on February 19, 2015. 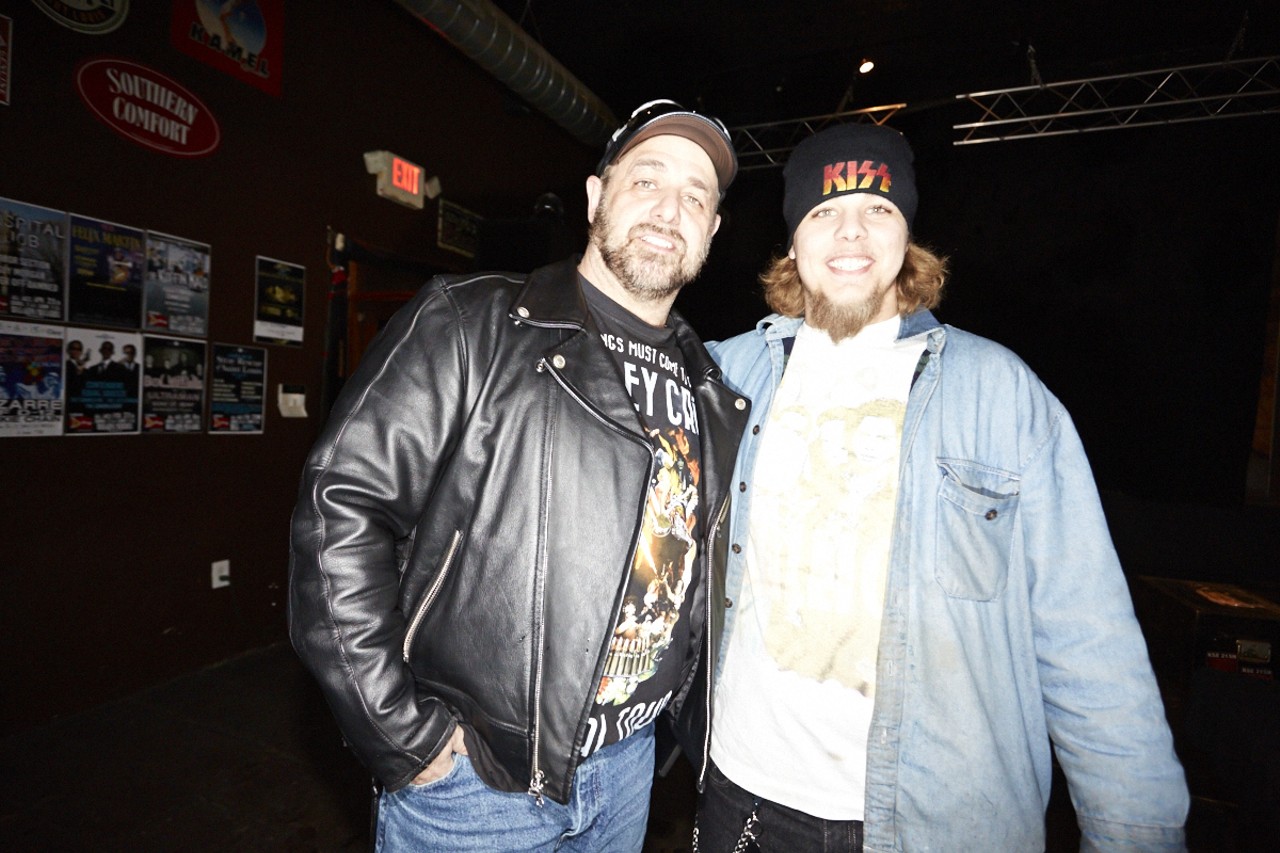 Jon Self(left) with son Ian(right) came all the way from Rockport, Indiana to see Anvil on February 19, 2015.

The married couple Camille and Ryan Grassel came from Branson, Missouri to see Anvil on February 19, 2015.

Local St. Louis band Manifest opened up was the first band on the bill.

Gabi Ehrig and Brittney Kraus came out to see all of the bands at the Anvil show on February 19, 2015. A torn Anvil sticker clings to a roadie case.

"Metal" Chris Hupp(left) and wife Jennifer(right) came to rock out to Anvil on February 19, 2015 at Fubar. Jennifer Hupp shows off her signed cast emblazoned with the words "METAL TILL DEATH" at the Anvil show on February 19, 2015 at Fubar.

New York City metal band SunLord was the second band on the bill at the Anvil show on Febraury 19, 2015 at Fubar.