As Le’Ponds, Lisa Houdei Releases Her Most Personal Album Yet with Lean To 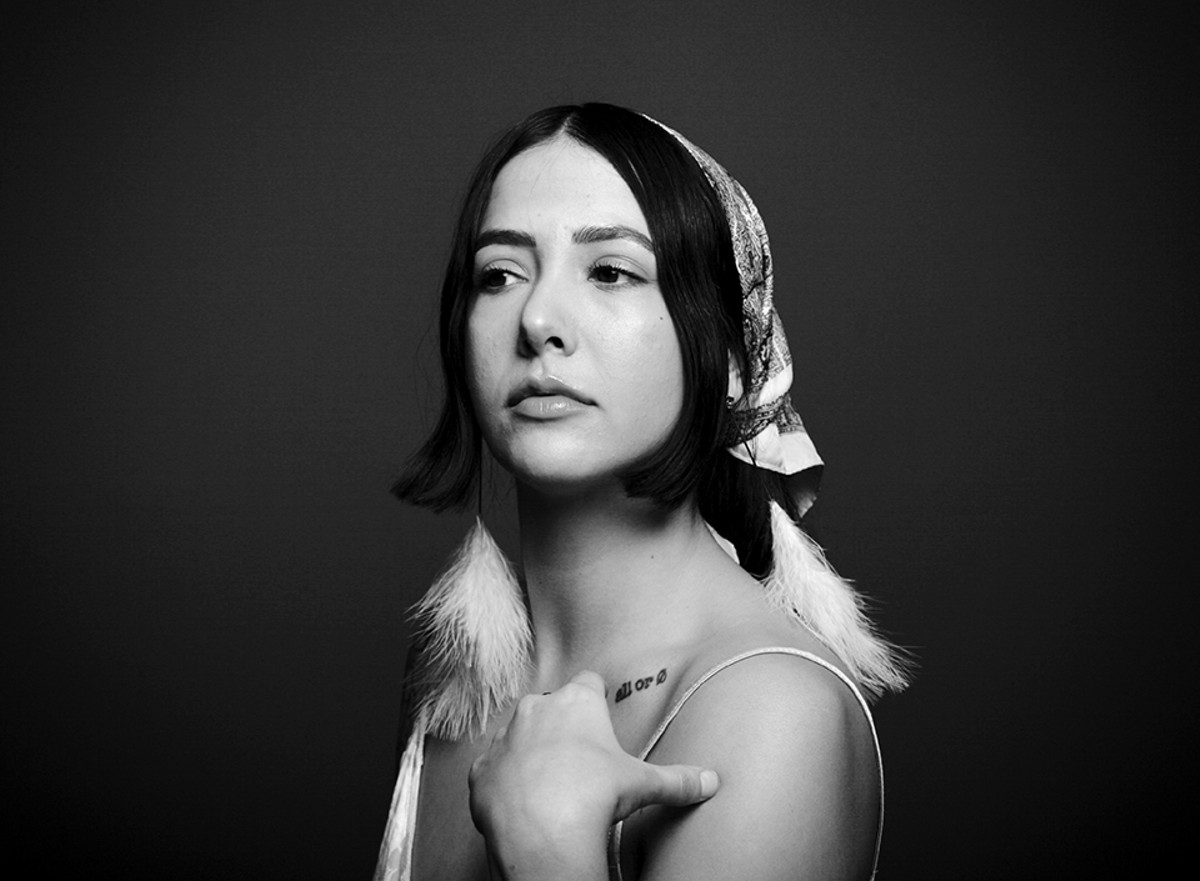 Le'Pond's latest EP is largely reflective and acoustic. VIA THE ARTIST

In tight typewriter font, Lisa Houdei has the phrase "take time" tattooed along her left wrist. For the singer, guitarist and songwriter who performs under the name Le'Ponds, the phrase has nothing to do with engaging in meditative breathing or stopping to smell the roses. The tattoo serves as a command: Take time. Don't be shy; take it.

The phrase animates Houdei's work with Le'Ponds — a band name that serves both her solo sets and her full-band performances. She has just released the six-track Lean To, her third collection of songs in as many years. That recording schedule comes amid her regular gigging schedule, which finds her opening for touring acts as well as performing on local bills.

"It's so weird how fast days go by now, as I'm getting older. It's a super weird feeling," says the 29-year-old.

The bulk of Lean To is largely reflective and acoustic, allowing Houdei's voice to rise and fall against circular guitar patterns and bucolic images. She has settled into a lower register than on her first recording, Heat, and has — for the moment, at least — retreated from the full-band thrum of last year's I Was Dancing with My Dream Team (recorded with members of Jr. Clooney).

"Timing, Timing" serves as a woozy bookend to the EP: The opening track finds Houdei's voice stretched and sped-up over clacky acoustic picking and a mournful pump organ. "The timing isn't perfect," she says. The closing track spins it all in reverse, but with a chorus of Houdeis wordlessly intoning over the sucking, whirling drones.

"I just felt like nothing was very clear to me and everything was not going the way it should go," she says of her headspace when writing and recording the song. But, with a cosmic wink of poetic justice, Houdei's performance inadvertently mirrored the song's message. "Then I played that song, but I didn't do it to a metronome. I didn't want to redo it, so that timing is not perfect on that track — and in my life," Houdei says with a laugh.

She calls Lean To her most personal record yet; previous songs were largely drawn from fictional vignettes and character sketches. But don't expect diaristic entries or lucid soul-bearing. Houdei remains a songwriter who works best with impressionistic flashes and image-rich scenery but without clear message or moral. But the prevailing feeling of solitude, especially in the album's first half, speaks to Houdei's state of mind as she wrote the songs.

"It was winter and I was very confused at the time," Houdei says. "I just felt very cooped in; usually during winter I like to go out, and I don't feel as wintry as most humans would, but that winter I did."

"Quail Ridge" comes early on the EP and mixes a bit of biography with wishful projection. "I grew up in Defiance, Missouri, and I grew up on Quail Run Drive — I changed it to Ridge because it sounded better than Run," Houdei says. "And 'Quail Ridge' is about a woman and a dog living near a mountain somewhere. That is persona in the way that it's not necessarily about me, but I grew up in the woods, and it's about where I want to be one day. Maybe not alone with a dog near a beautiful mountain, but to have land and be in a house that I build. That's just the mood I wanted."

Houdei's mood modulates throughout the rest of the album, from the bossa nova bounce of "Love, Passion, Amour, Mania" and the hazy beatbox jams on "The Hollywood Baby." As in albums past, she worked with Tim Gebauer and his Electropolis Studio to record these songs. It's a friendship that Houdei values, and one that is central to her freedom to create as often as she'd like.

"I think I'm really in a lucky, lucky position because the person I've made all these albums with is a dear friend, and we hang out a lot and will be there at the studio and I'll say, 'Hey, can I track something really quick?'" she says. "I'm aware of how to use all of this equipment and can record my stuff now. I haven't had to pay a whole bunch of money to get my stuff recorded, and I think that's a big part of it."

Houdei continues to heed the words tattooed on her wrist: In the same week that she threw a release party and art opening for her paintings at the Royale, she was set to open for Becca Mancari and DJ at the Grove's sandwich-and-beer emporium the Gramophone. Lean To has only just been released and she's already planning her next set of songs.