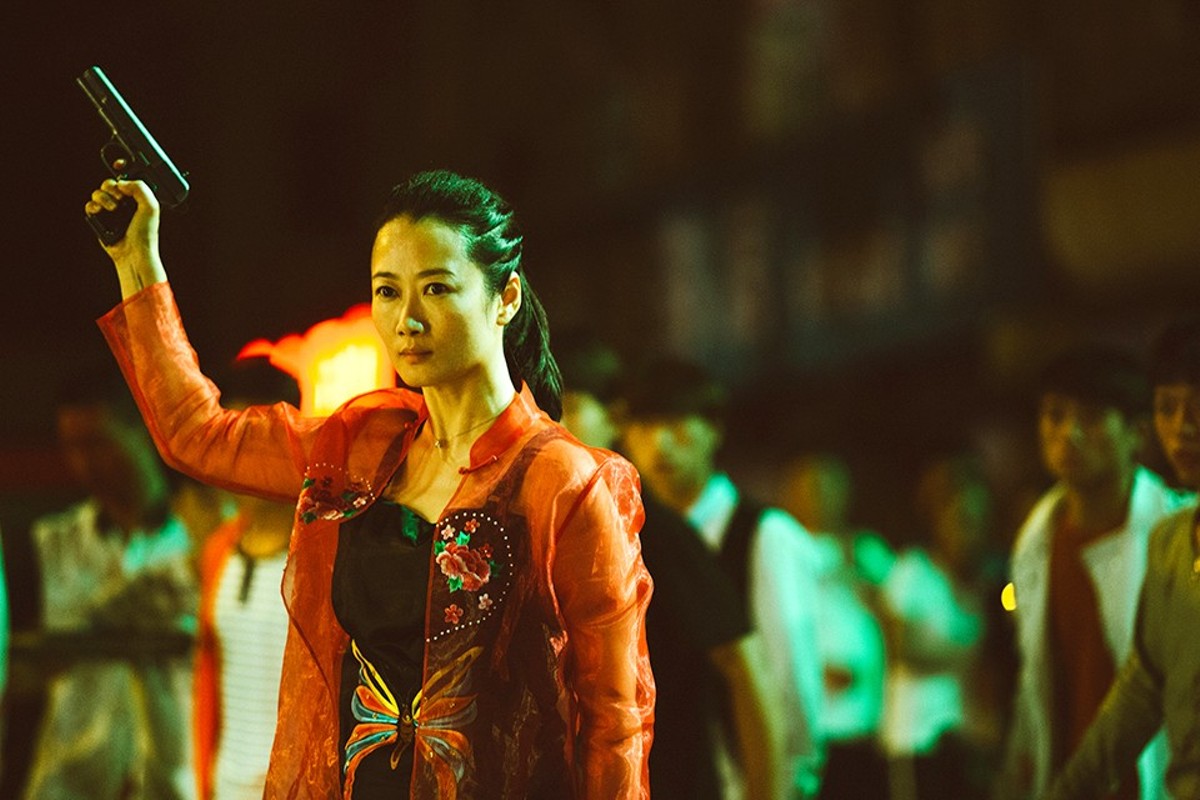 Ambitious in scale and adventurous in execution, Zhangke Jia's Ash Is Purest White is both an exercise in expanding familiar genres and a documentary-like study of change and growth in contemporary China. It's a story with nearly epic-like proportions, yet never loses its intimate connection with its heroine Qiao (Zhao Tao), skillfully maintaining a balance between cool sociological observation and a warm humanist perspective.

The film begins in 2001, with Qiao and her boyfriend Bin (Liao Fan) comfortably placed among the jianghu culture in the coal-producing town of Datong. For Bin and his associates, the gangster life is a laidback one, driven less by criminal activity than by idle games of mahjong and other hobbies. "I'm only interested in two things," Bin's boss tells him. "Animal documentaries and ballroom dancing." That changes subtly when one of the small-time hoods brandishes an illegal gun during an argument. Violence is avoided, but the presence of the weapon lingers on through later scenes, as if waiting to meet its Chekhovian destiny.

That destiny is fulfilled when Qiao fires a gun to disrupt an attack on Bin and receives a five-year prison sentence. Released in 2006, she searches for Bin in a China that has changed both physically and economically. Small-time criminals have been replaced by office-dwelling executives. An aura of absurd artifice hangs over everything, and Qiao, forced to live by her wits, takes to approaching strange men and claiming to be the concerned older sister of an abandoned lover. They buy her silence without even bothering to check for names or details.

Filmed over a period of eighteen years (the final act shows Qiao back in Datong in 2018), and in a variety of formats, Ash Is Purest White uses abstract imagery, generic conventions and unexpected moments of surreality to create a picture of an evolving China in the 21st century. The landscape and the characters change and age, and the film registers the weight of time as they move through it. The new, modern world clashes with the residue of an older, superstitious one. Qiao and Bin jump over a fire to remove bad luck; a real estate developer complains that his latest project is failing because it's rumored to be haunted. The natural setting is routinely punctuated by fanciful allusions to popular culture — Chinese club-goers grooving to "Y.M.C.A.," a funeral interrupted by a dance routine, an outdoor performance by a would-be Justin Bieber. Jia follows melodramatic conventions but reshapes them as if the story is being retold in a dream.

It's also melodrama with a cautious sense of reserve. Qiao, artfully portrayed by Zhao, is guarded with her emotions. She's tossed about by tumultuous events, but her reactions are careful and considered. She's a contemporary Lana Turner or Joan Crawford doing what she must to survive in an increasingly illogical world built not on human connections but on the odd and the accidental. Jia has created a haunting and even tragic portrait of transformation and endurance, but Zhao's courageous performance makes it transcendentally real.