At 68, She Left San Francisco for St. Louis 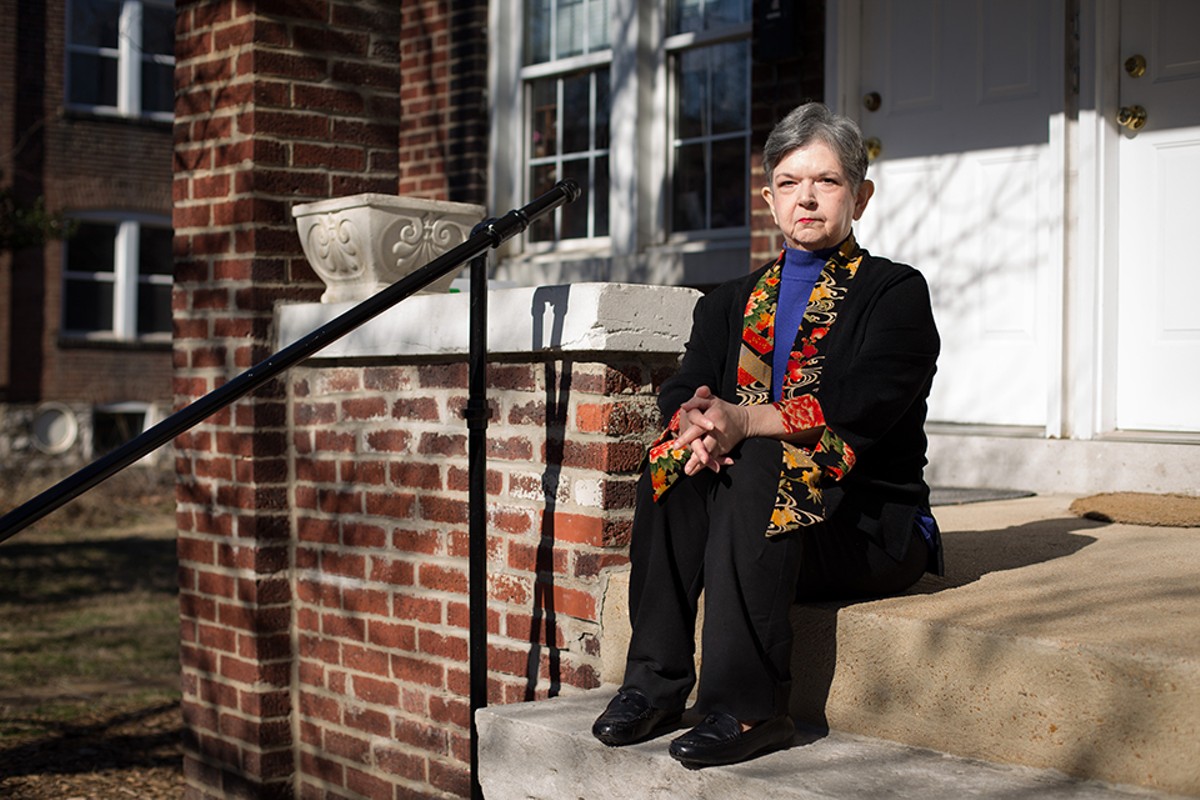 When Magali Echevarria moved from Cuba to the U.S., it was the 1950s and relations between the two countries were growing cold. Her family moved to New York City in January, and she had never known true winter. In fact, the only idea the seven-year-old had of the United States was an image printed on a greeting card of children on a red sled.

Since then, Echevarria has lived in all corners of the country — and in notably warmer climates. From New York she moved to Miami and then Puerto Rico, with her next stop San Francisco. Then, last July, she finally landed in the middle, in St. Louis.

When she made the decision to move to St. Louis, she had only previously been to the city to visit a friend. But money was a powerful motivation; she knew that being on a fixed income would not sustain her in San Francisco. In her late 60s she decided to make one more move, to have one more adventure.

Of her new home in Southwest Gardens, she says, "I love my neighborhood; I like the art." She also loves the brick architecture. Still, there are things she misses. "Everything is spread out here, in San Francisco places are closer together."

Change is at the core of Echevarria's being. After moving to Miami at nineteen, she decided it wasn't the place for her. She then stayed in Puerto Rico for eight years, but soon grew bored. "It's an island, and islands become pretty small," she says.

She moved to San Francisco in 1981, and its vibrant art scene captured her. She began working in hospitality and eventually transitioned into managing the Cadillac Hotel, a single-room occupancy hotel in the Tenderloin, which housed thousands of low-income adults with no other place to go.

At the Cadillac, Echevarria was responsible for running 158 units with a staff of fewer than ten. "I'm good at dealing with different demographics of people," she says. Often, the people who walked through her hotel were undocumented, homeless and/or dealing with mental health issues and addiction.

"It was never boring," she says. And as an immigrant herself, she found it easy to empathize: "I consider it a privilege to know people from all over the world."

Echevarria had planned to stay in San Francisco for a month but ended up staying for 36 years — the longest she has lived anywhere. However, at 68, she got the itch for one last move. "I thought I was done with that part of my life but I thought, 'What the heck! One more change,'" she says. She settled on St. Louis after a friend informed her that she could get a nice apartment for $600/month. Without hesitation she said, "OK, let's do that."

In the year since her move, Echevarria has enjoyed simply decompressing. As a lifelong lover of art, she spends her days painting, writing and reading. Retirement suits her at age 69. She claims the adjustment was easy and that the timing was right.

However, when you've lived your life on the go, it can be hard to flip the switch. Recently, Echevarria has begun thinking about volunteering with immigrants in the city, explaining, "I'm ready to do some good again." Until then, she is enjoying her cats and the quiet.

Magali Echevarria is profiled as part of our Change Issue. Check out all the great profiles online here.