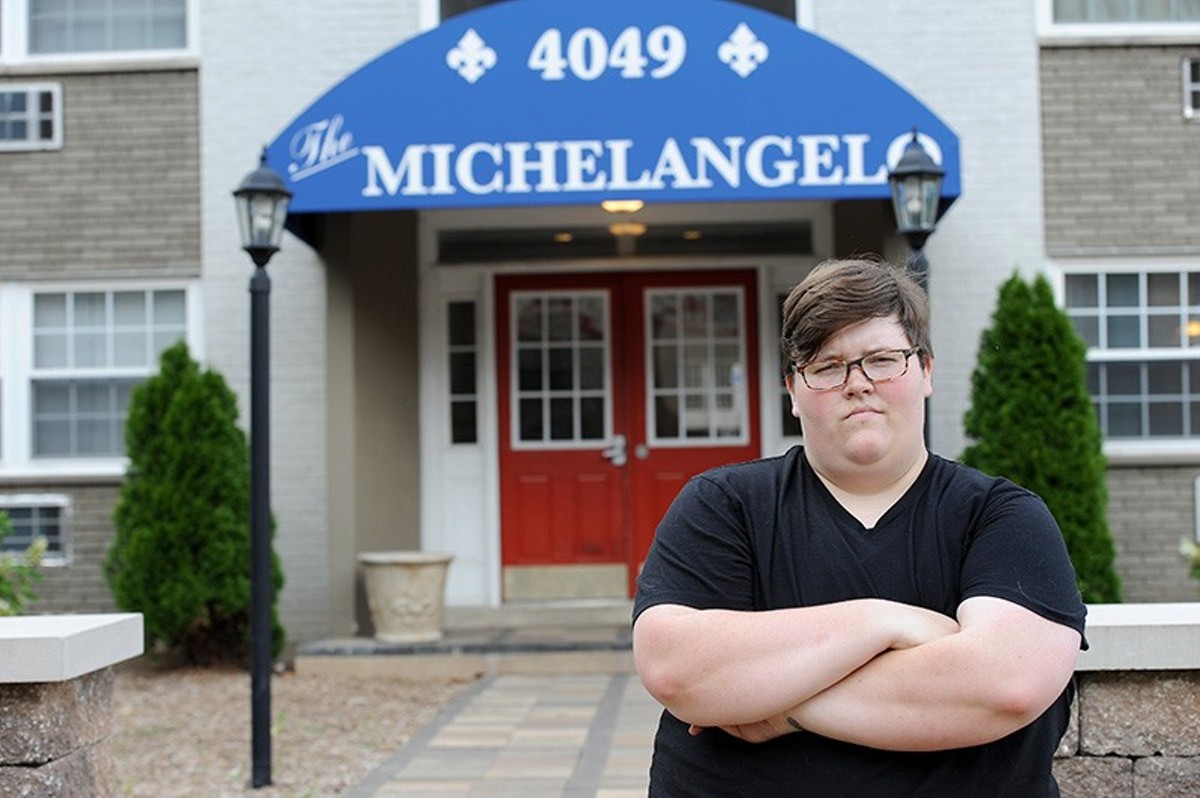 Even as tenants complain, Asprient continues to increase its holdings. The company has gotten into the development business — in 2014, the Post-Dispatch reported that Victor Alston, identified as Asprient's company manager in business filings and "an owner," signed on as an investor in the Polar Wave project, a renovation of an old ice plant bringing 43 apartments to Soulard.

Last year, Asprient gained city approval for a seven-story, $29 million building in the DeBaliviere neighborhood near its current holdings. The Post-Dispatch also reported that Asprient had recently gotten city approval to build a five-story edifice with 118 apartment units right next to the Polar Wave building. Though a permit denial halted the project temporarily, it is now proceeding.

Coatar was unaware of the lawsuits and complaints against Asprient.

"I've toured his existing project in Soulard; it looks great. I've talked to some tenants there; they seem happy — so no, it doesn't concern me at this point," says Coatar.

Alston and his partners could be getting plenty of help from taxpayers. The Post-Dispatch reported that the completed Polar Wave project was eligible for state and federal historic preservation tax credits. It also received a ten-year tax abatement. Asprient's newer Soulard project is also being considered for a ten-year tax abatement, according to city records.

For former tenants like Dublin, that's a problem. "Tax rebates should be given to businesses that care about the community in which they operate and the people that live there," she says. "Asprient has done very little to convince me they do."

Dublin still lives close to an Asprient building. She recalls seeing people getting their keys after signing their leases, looking like young, excited college students — just like her a few years ago — maybe getting their first apartment. She says, "I want so badly for them to know what they could potentially be getting into."