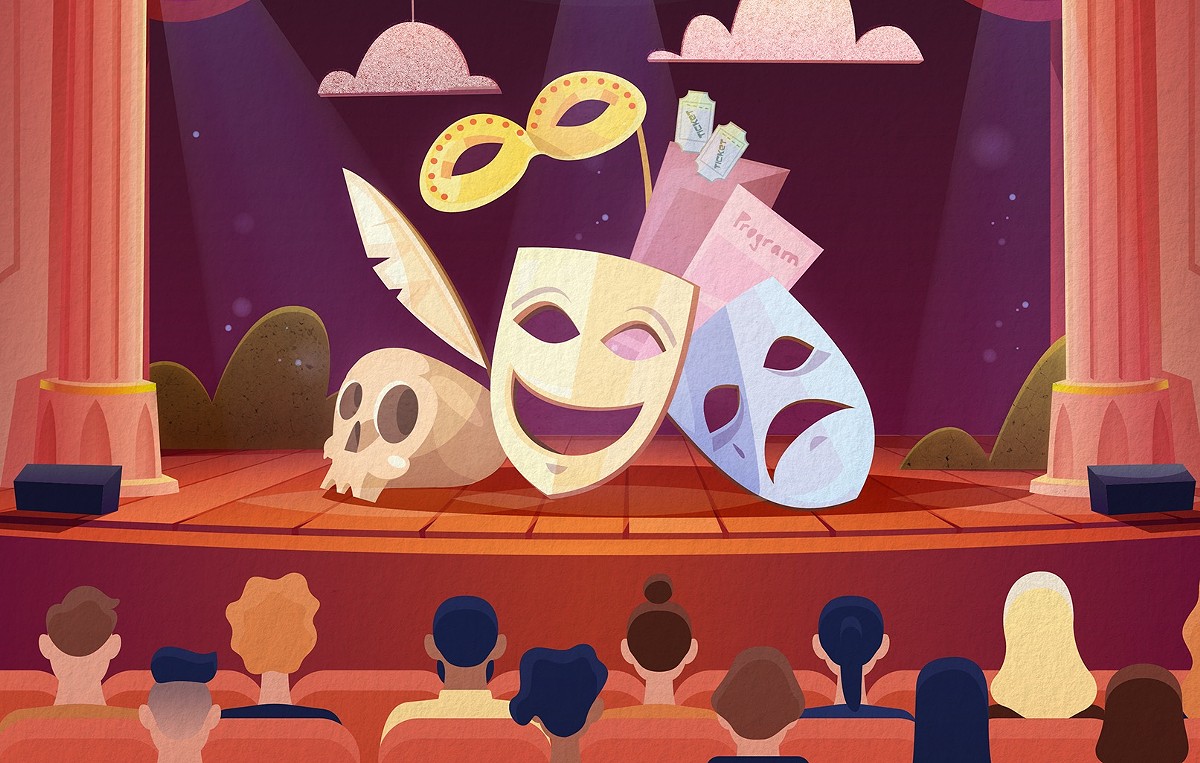 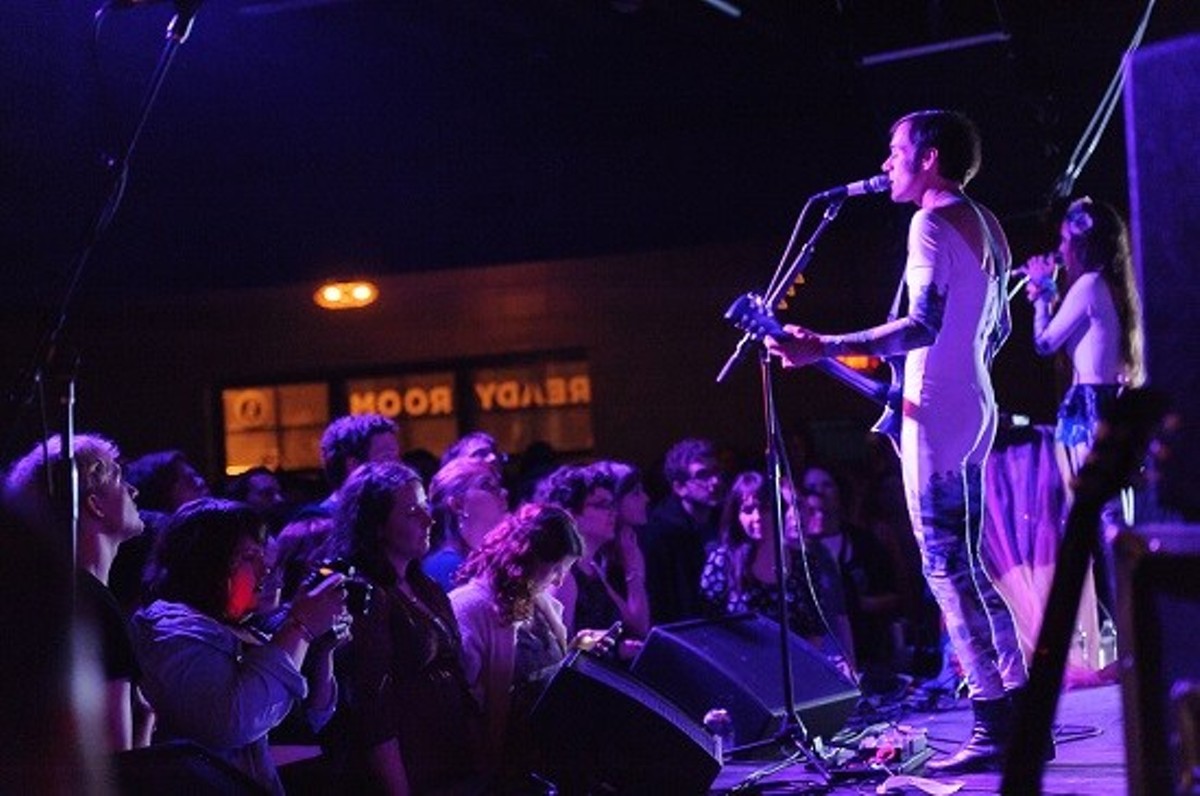 The design of the Ready Room was basically a couple of rectangles with a bar in the smaller of the two. It felt like you could have just as easily run a scrap metal business out there, and not because someone had tried to costume it in some kind of industrial chic (this is not a subtweet!) aesthetic. No, it was simply functional: Here is a big room that can hold a band and about 800 people. Enjoy. And people did enjoy. It debuted in 2014 with Of Montreal and, over the years, drew in national acts, such as Ghostface Killah and Raekwon, the Psychedelic Furs, Built to Spill and Run the Jewels. There were no seats, so people just sort of flowed in and around the room, bumping into friends along the way. The Ready Room closed in March 2020 in what was billed as a temporary concession to the pandemic, but it became clear after a couple of months (the real estate listing that May was a pretty good clue) that it wasn’t coming back, at least not there. The space was eventually claimed by former Alderman Antonio French, who owns Taha’a Twisted Tiki next door, and he reopened it as Hot Java Bar with plans to expand beyond concerts to a wider variety of events. There are some interesting plans for the future, but we can’t help being a little sad about the past. —Doyle Murphy 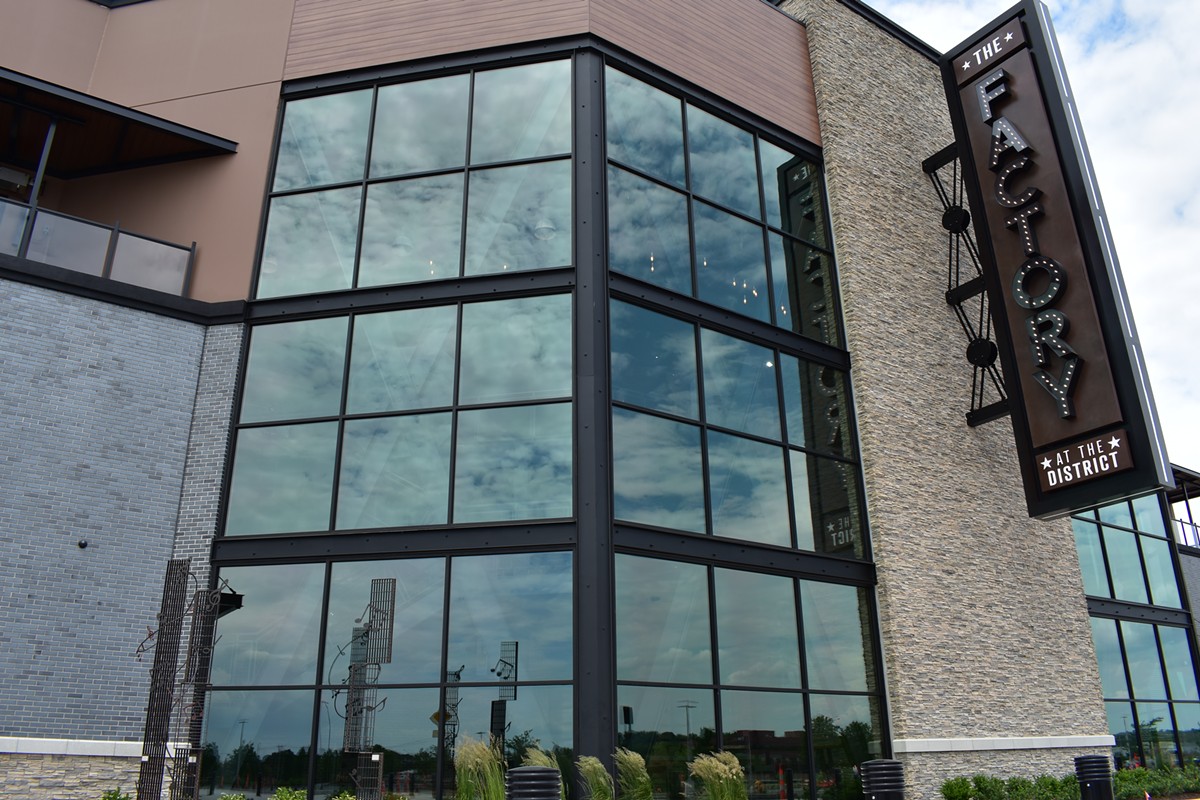 You can forgive those who initially were skeptical about the prospect of a major new venue opening in Chesterfield. For years, the St. Louis County suburb has been best known as the spot where two outlet malls fought to the death for control of a flood plain, with city-dwelling types loath to visit. And while some of those folks will surely still grumble, the opening of the freshly built 3,000-capacity venue the Factory (17105 North Outer 40 Road, Chesterfield; 314-423-8500) in July rapidly silenced many of its critics. With a thoughtful layout, a state-of-the-art sound and lighting system, and an exclusive booking deal with veteran production company Contemporary Productions, the Factory quickly filled its upcoming shows roster with a slew of heavy-hitting acts — Deadmau5, the Roots, New Found Glory, Marc Rebillet, Nikki Glaser, just to name a few — and definitively made the case for why St. Louis music fans should consider venturing west of I-270. —Daniel Hill 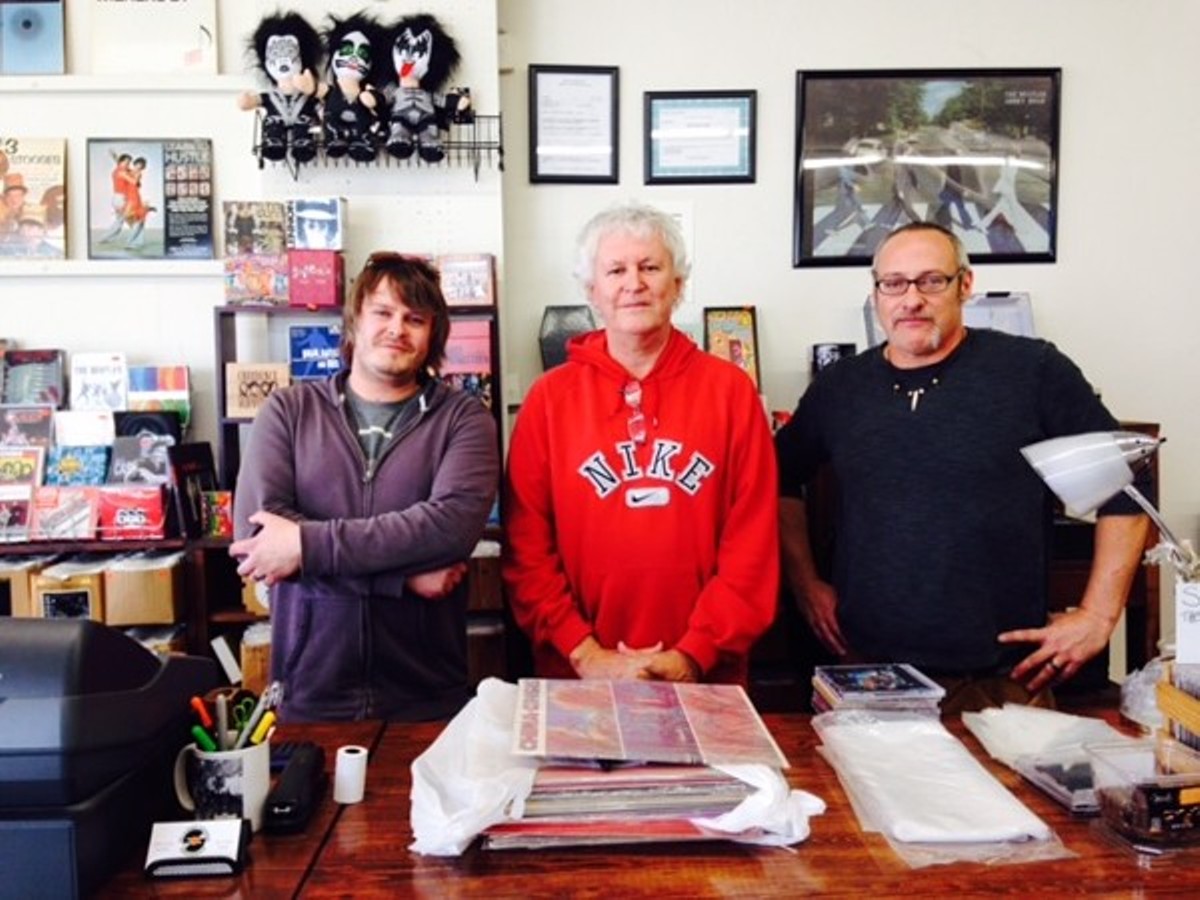 St. Louis is loaded with extraordinary record stores. Picking the best can boil down to what exactly you’re looking for — be it based on your favorite genre or the format you love to devour your favorite albums on. While it isn’t as immense as the record stores of legend, Planet Score (7421 Manchester Road; 314-282-0777) has established itself as worthy of joining the ranks of St. Louis music retail history over the last six years. The shop’s used and new LP selection is well rounded no matter what genre you’re flipping through. During non-COVID times, it’s an excellent destination for Record Store Day. The owners are always ready to help suggest what may become your next obsession, and for any Guided by Voices fans, Planet Score has you more than covered! —Jack Probst 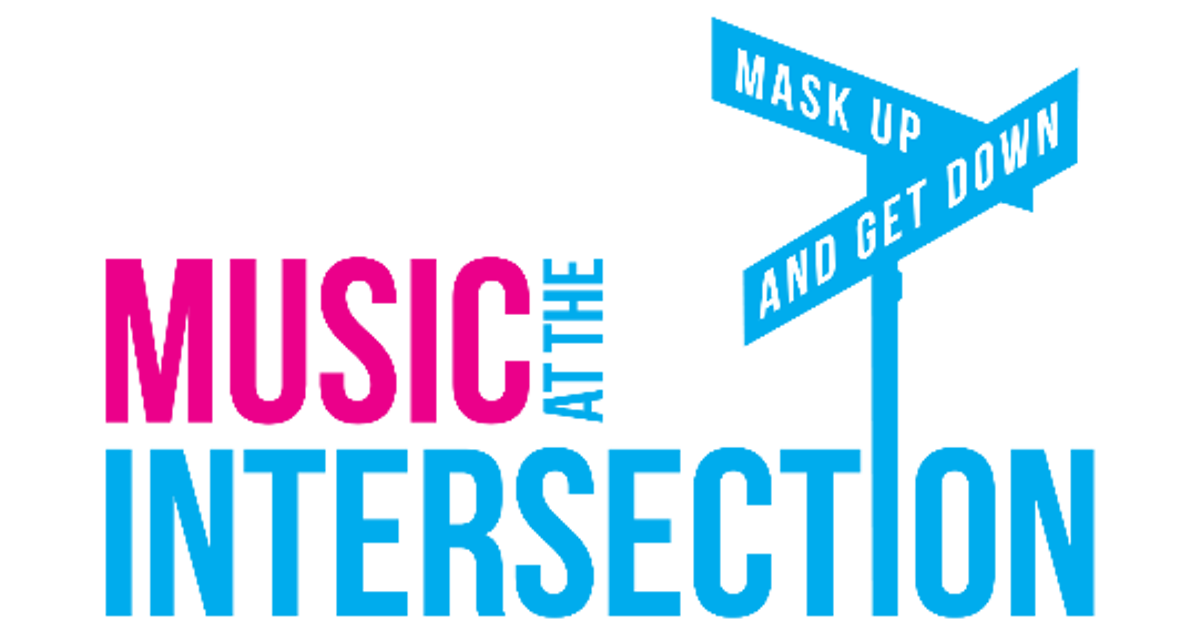 Not since the untimely demise of LouFest has a local festival attempted such an ambitious undertaking as the inaugural edition of Music at the Intersection. Spanning three days and six venues, and bringing more than 60 acts to its stages — including such luminaries as Roy Ayers, Keyon Harrold, Lee Fields and the Expressions, Tonina, Marquise Knox, Lalah Hathaway and dozens more — the festival was decidedly a hit for those who attended. It really only suffered from its unfortunate timing. When the show was first announced, vaccines were rolling out steadily to the masses and things were beginning to look brighter and brighter after more than a year of pandemic-inspired darkness. But by the time the date of the show rolled around, St. Louis and the country at large were again in the grips of a COVID-19 surge, spurred on by the delta variant that blotted out the sun once more. At the risk of being naive, that hopefully won’t be an issue next year — God, please — and music fans will feel comfortable enough to flock in droves to Grand Center for the best music festival that St. Louis has to offer. —Daniel Hill 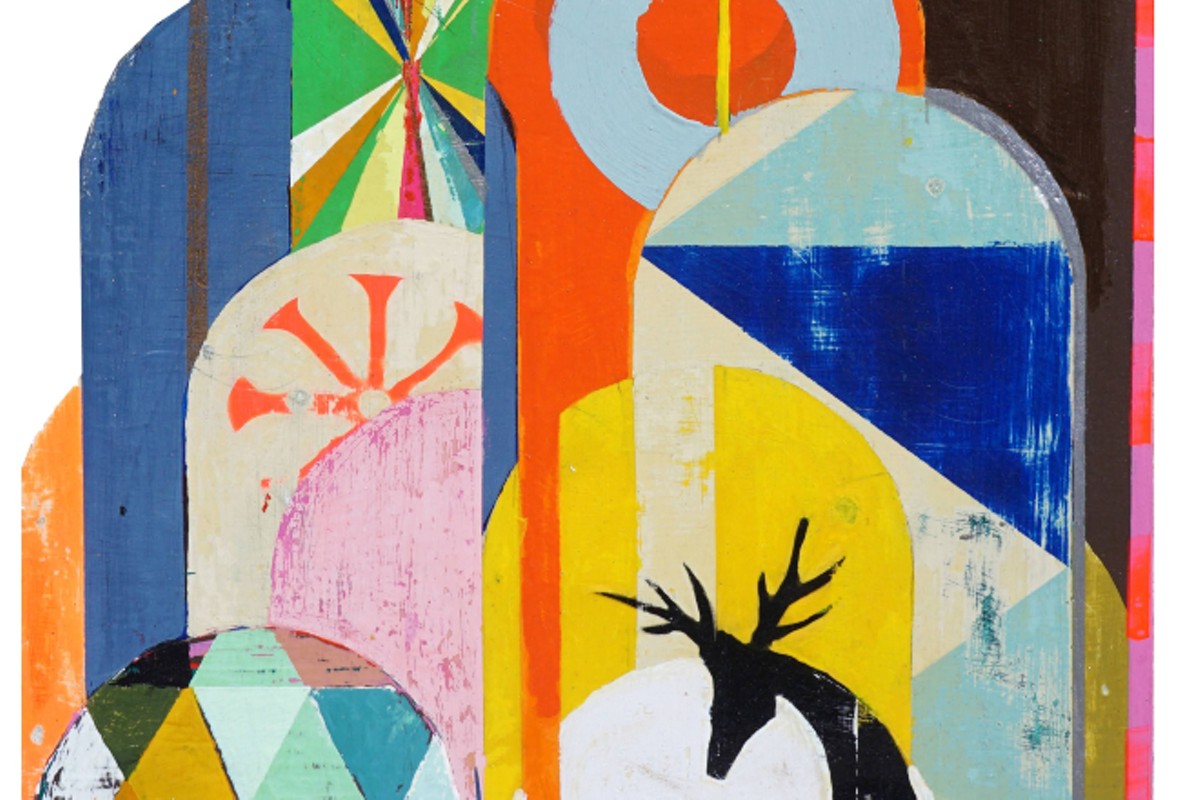 Alicia LaChance, cofounder of Hoffman LaChance Contemporary (2713 Sutton Boulevard, Maplewood; 314-960-5322), has been a known talent in St. Louis for years, but other parts of the world caught on in a big way during the past twelve months. One of the owners of the NFL’s Tampa Bay Buccaneers and Manchester United commissioned LaChance for new work, and soccer star David Beckham and his design team partnered with her for a separate project in Singapore. We’ll point out that we had one of LaChance’s stunning paintings on the cover of the RFT’s Fall Arts Guide this year and have been lucky to have such a star among us in St. Louis. The fact that others have recognized her genius as well is an injection of hometown pride. —Doyle Murphy 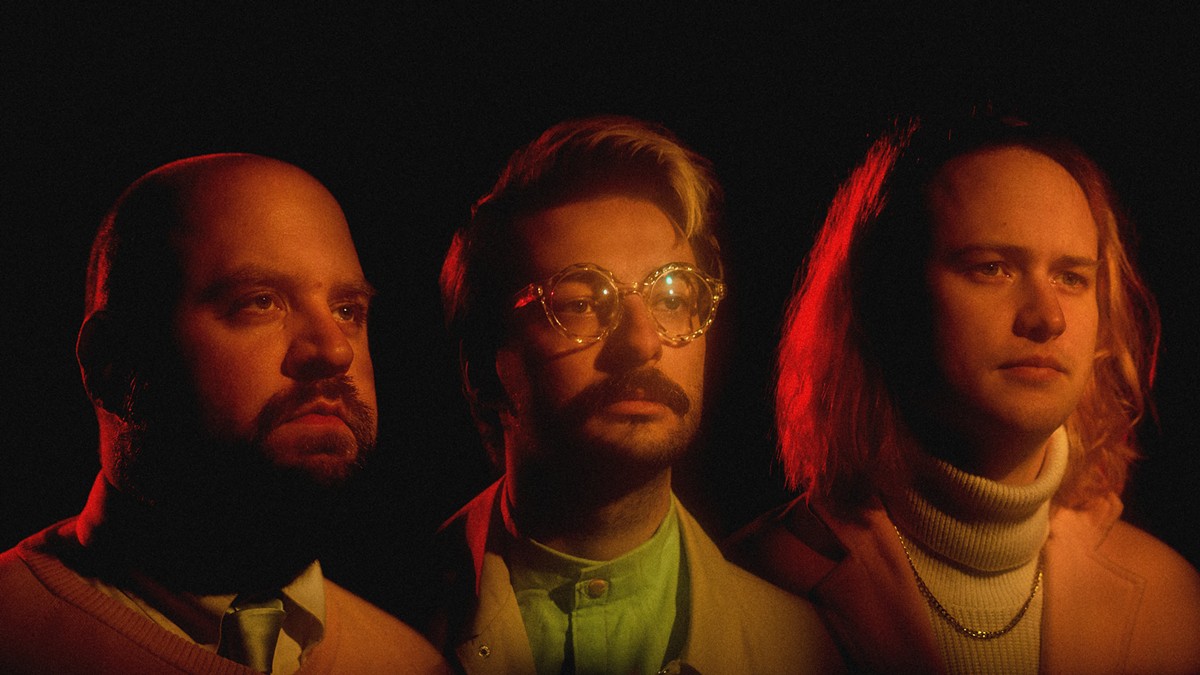 With all due respect, fuck Pitchfork. The members of Foxing may be too polite to express such a sentiment, but we here at the RFT pride ourselves on calling out injustice when it’s plainly warranted, regardless of the level of vulgarity required. And so, as the online publication awarded one of St. Louis’ finest local acts a tepid 6.0 (what, no decimal points on this one, you absolute dorks?) out of 10.0 for its latest release, August’s breathtakingly ambitious, hauntingly beautiful Draw Down the Moon, with the writer even going so far as to accuse the record of peddling the “frustratingly anonymous sounds of 2010s festival rock,” we at this publication could be added to the chorus of fans who responded immediately with a full-throated “What the fuck?” The band, of course, took the matter in stride, with frontman Conor Murphy hopping onto Twitter to attempt to calm the angry masses. “At the end of the day, Pitchfork didn’t love this album and that’s OK,” Murphy wrote. “The heart of this is that there’s no need to attack anyone or be bitter.” We beg to differ, Foxing: You guys released the best album of the year, Pitchfork is staffed by hacks who got it wrong, and we got your back. Please continue to create some of the most thoughtful and genre-melding rock this city has to offer — and, as always, fuck the haters. —Daniel Hill 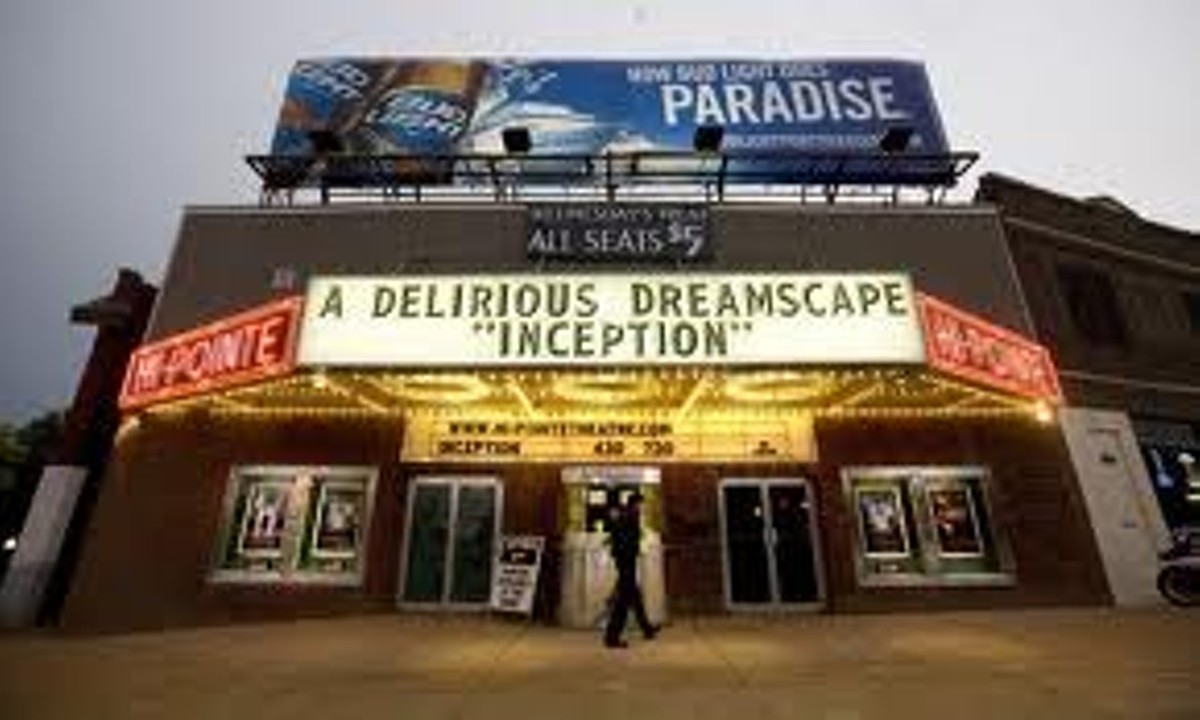 Putting forth big Wes Anderson vibes, St. Louis’ tiny Hi-Pointe Theatre (1005 McCausland Avenue, 314-955-6273) is the best place to go for an intimate theater experience. Visiting this little corner spot on McCausland is like a trip back in time. There are vintage seats, a small selection of treats (including popcorn) at the front counter and a wide selection of movies, including classics and newer independent films. The retro experience makes this movie house one of the best places in town for a first date that you’re hoping turns into a real relationship. The style will give you something to talk about immediately, and if all goes well, you might get a kiss outside beneath the old-fashioned vintage marquee. —Jaime Lees 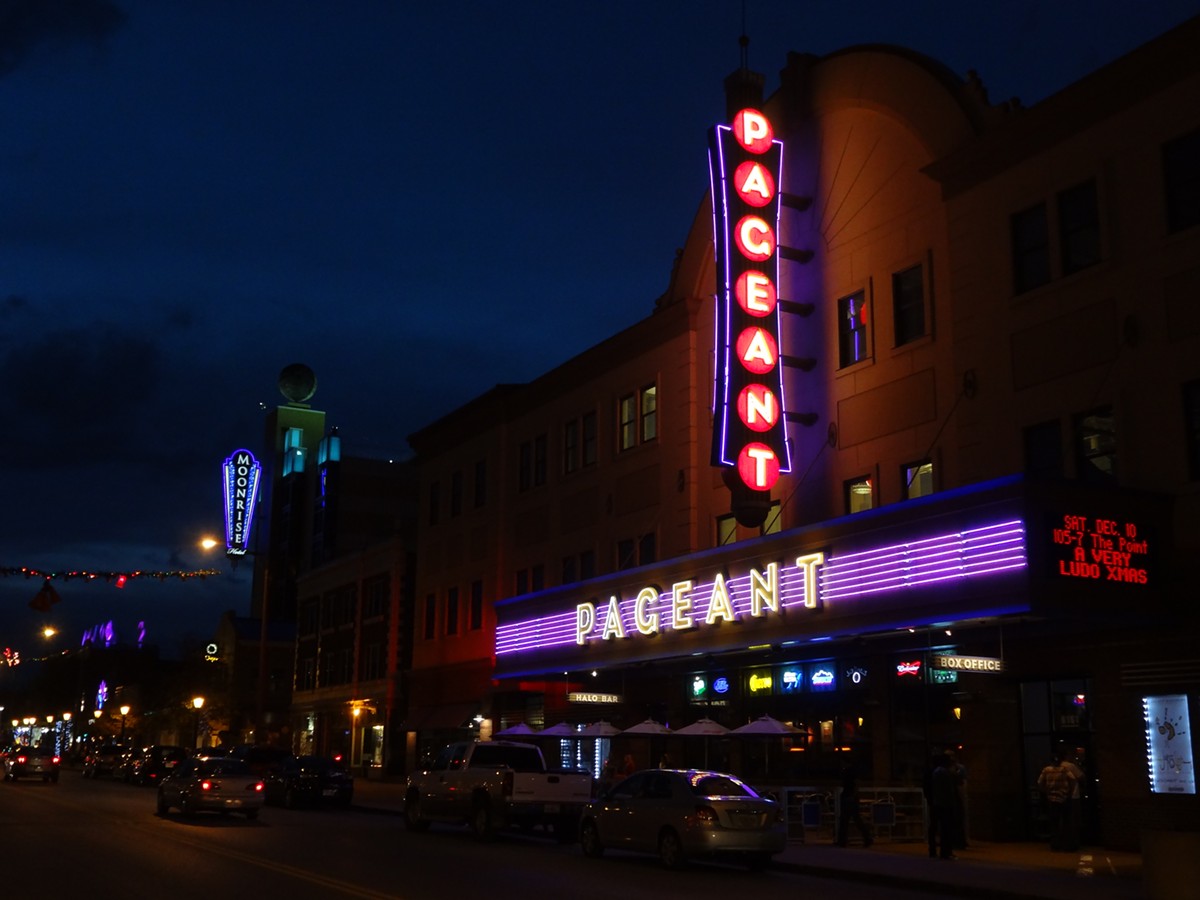 The Pageant (6161 Delmar Boulevard; 314-726-6161) makes a strong case for itself as one of the best all-ages venues in the city year after year — and even frequently lands in the conversation about the best venues in the entire country, period — but this time around it’s the beloved establishment’s forward-thinking COVID-19 policies that landed it on this list. Between its Glimmer of Normalcy series — which in the fall of 2020 brought live music back to its stage with a dramatically reduced capacity as well as a mask mandate and social distancing, despite being a money-losing prospect — and its status as one of the first venues in town to announce a vaccine or negative-test requirement to attend its shows, the Pageant has been on the forefront of scientific consensus regarding the virus throughout the pandemic. And for artists, who are just trying to ply their trade without putting themselves or their crew members in harm’s way, these efforts have not gone unnoticed, with the likes of 100 Gecs, Jack Harlow, Thundercat, Bad Religion and Snail Mail all slated to visit in the coming months. While live music isn’t quite all the way back to the levels it was before this whole nightmare, it’s good to see that venues like the Pageant are taking their responsibility to their community seriously in the meantime. It’s those efforts that will finally put all this in the rearview mirror. —Daniel Hill 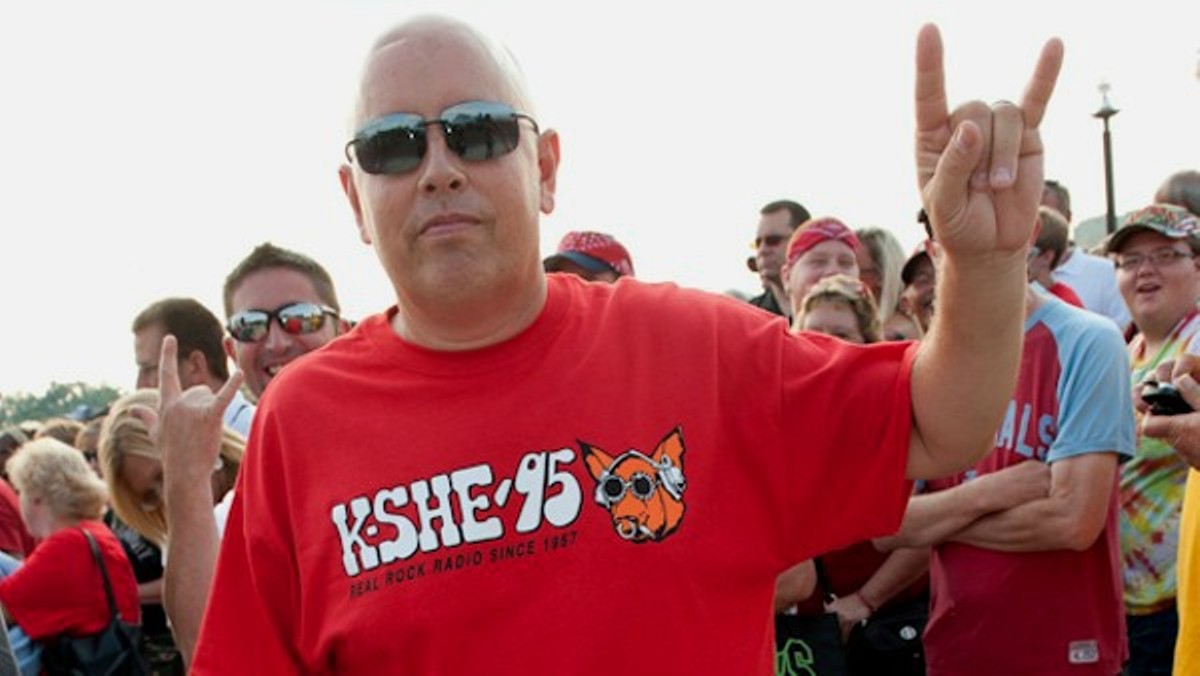 A staple of the Lou, KSHE 95 (94.7 FM) has been blessing St. Louis airwaves for more than 50 years. With some of the best on-air personalities, the music has become a perk of listening to the station. KSHE even has its own section in the Missouri History Museum’s St. Louis Sound exhibit, which drives home how much of an impact this station has had on St. Louis’ music scene. Classic after classic plays, allowing you to throw back to simpler times. Whether your dad used to turn the station on for every car ride or you jam to the station on your own time, KSHE has embedded itself into St. Louis’ culture and allows you a few minutes of nostalgic bliss. When in doubt, which seems frequent these days, tune your radio to 94.7 and rock. —Jenna Jones