Billy Bragg Supports Ferguson with Impromptu Set at the Royale

Around 11 a.m., world-renowned folk-punk musician Billy Bragg had an idea to perform in St. Louis on the way to Arkansas. An hour later, Bragg had everything he needed to do so.

Bragg and guitarist Joe Purdy performed a Ferguson-centric show on August 19, 2014, at the Royale. Calling for solidarity with the north St. Louis County suburb in the wake of Michael Brown's death and the unrest that has followed, Bragg and Purdy played folk songs that resonated for the crowd of about 100. The event also became a donation hub, with attendees bringing bins of health items, food and school supplies, all of which will be distributed to Ferguson residents. Read our recap of Bragg's performance here. 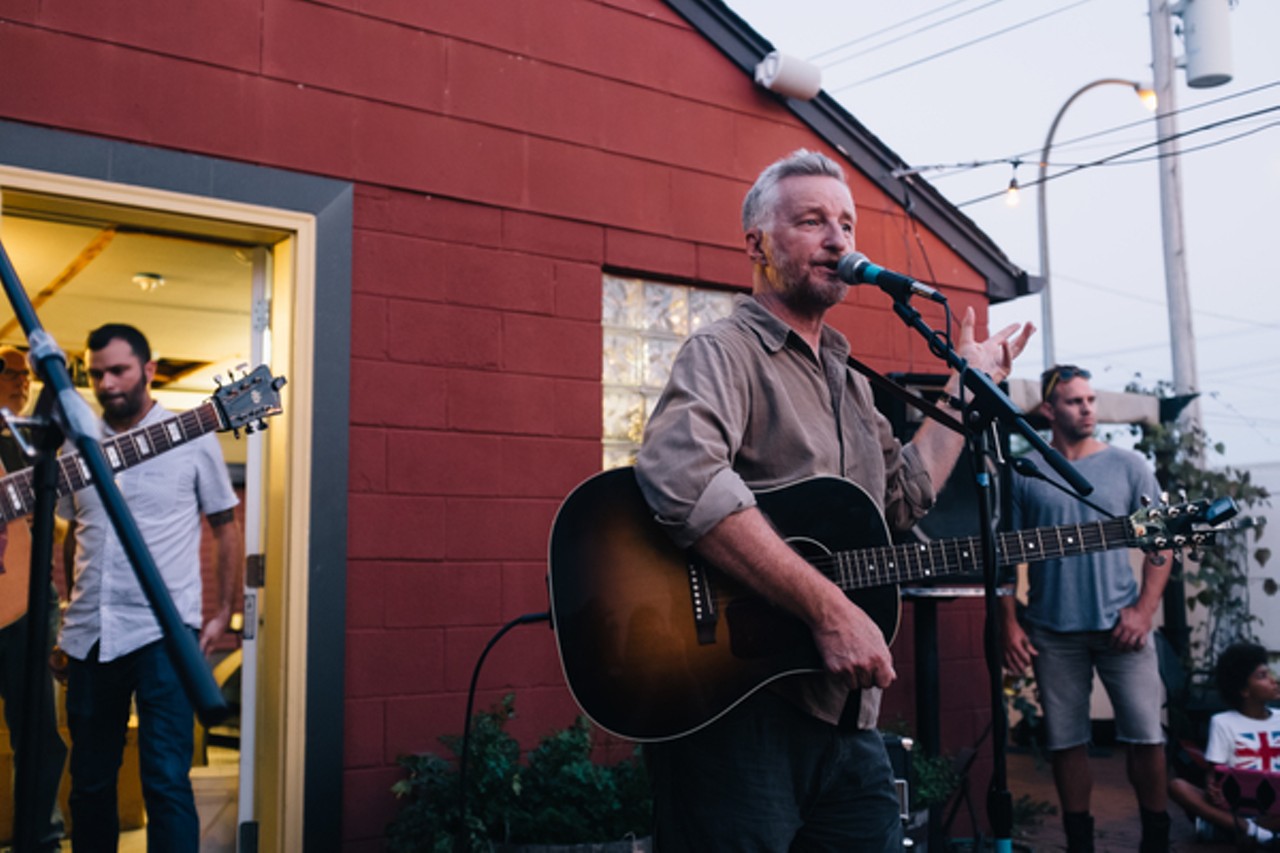