BlacKkKlansman Is a Great Film -- and an Unsettling One 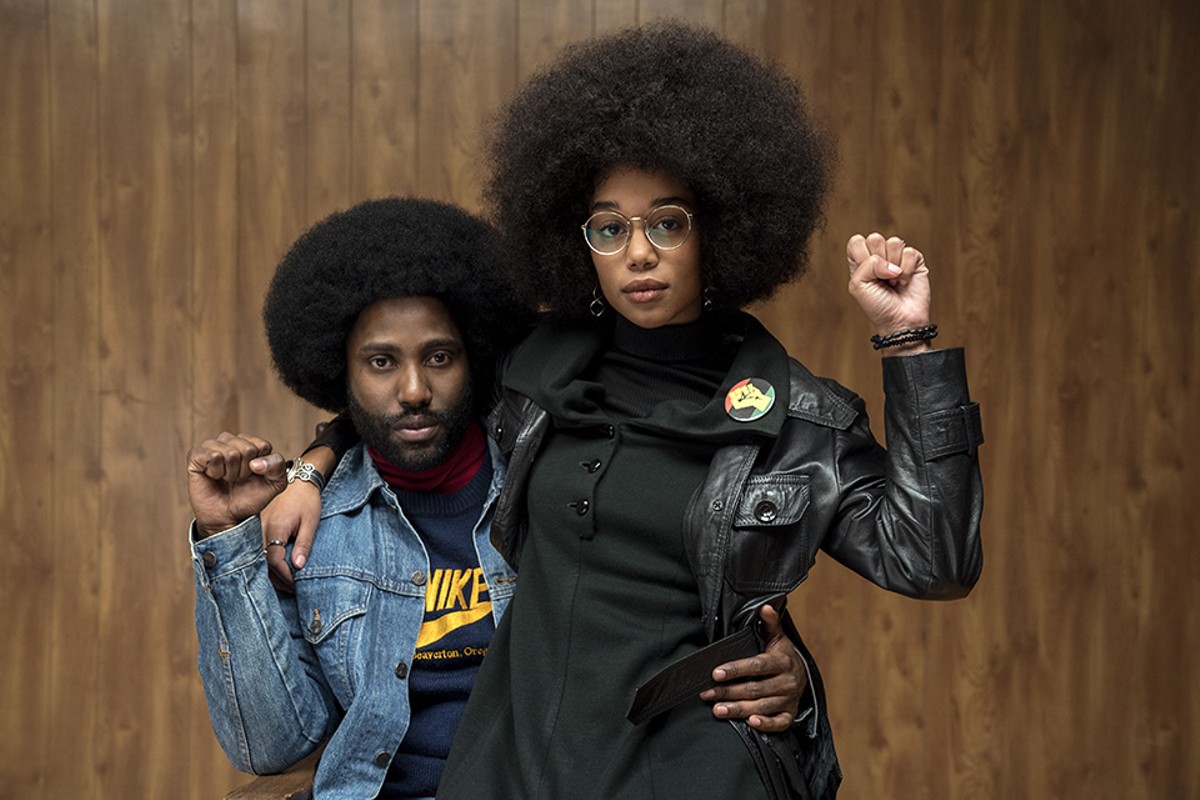 In the many years since he first appeared on movie screens hawking tube socks in the trailer for She's Gotta Have It, Spike Lee has been an agitator, a park-bench philosopher, an archivist of pop culture and a voice of outrage, sometimes — no, usually — all at once. Lee's latest film BlacKkKlansman shows every aspect of the director at his best. It's a thoughtful meditation on race and a forceful history lesson. It's also a cop movie, a love story and a fiercely sly comedy. It's an ambitious film from a master provocateur, a great, unsettling experience that entertains, informs, enlightens and then punches you right in the gut in its final minutes just to make sure you were paying attention.

BlacKkKlansman is the mostly true story of Ron Stallworth, a black police officer who was "the Jackie Robinson of the Colorado Springs Police Department." Stallworth managed to infiltrate a local chapter of the Ku Klux Klan in 1972 and develop a relationship via telephone with Klan leader, future presidential candidate and unrepentant racist slime David Duke. The film's Stallworth (John David Washington) teams up with partner Flip Zimmerman (Adam Driver), essentially sharing a joint identity: One courts the Klansmen over the phone while the other attends their meetings and witnesses their hatred and paranoia first-hand.

Although Lee and his writers take a few dramatic liberties, adding a romantic interest and a few cop-movie twists even while upping the ante by making Driver's character Jewish, many of the film's wildest turns come directly from real life, as when Duke pays a visit to Colorado Springs and Stallworth is assigned to his security detail.

Lee opens the movie, surprisingly, with a scene from Gone With the Wind — Scarlett O'Hara watching wounded soldiers under an enormous Technicolor Confederate flag — then segues into a brief film-within-a-film in which learned scholar Dr. Kennebrew Beauregard (Alec Baldwin in fine histrionic form) lectures about the threat of integration while D.W. Griffith's The Birth of a Nation is projected behind him.

These references to the cinematic past aren't accidental. Lee lets us know from the first frame that this isn't an ordinary police story. It's also a film about how race is depicted and projected, and how cinematic history has played a role in creating those images, from Griffith's troubling epic to the black exploitation films of the '70s.

The period setting — and Washington's mighty Afro — give Lee a chance to revisit '70s radicalism and black identity, from the music to the political rhetoric. BlacKkKlansman is designed to look like a genre film, but it's also a series of sophisticated set-pieces that move the plot along while offering a distanced commentary on the film itself. A lecture by Kwame Ture (the activist formerly known as Stokely Carmichael) dissolves into a study of black faces. A powerful scene shows a raucous Klan audience watching The Birth of a Nation while Harry Belafonte gives a black audience an horrific account of a lynching; Lee neatly splices the two to show how the once-loved silent film made heroes of the Klan and inspired a hate-mob mentality.

Lee isn't just telling a story about a racist group; he wants to show how racism can spread from stumbling rednecks to the higher circles of pseudo-scientists and political hopefuls like Duke until, as a character offers, "One day you get somebody in the White House who embodies it."

This is also, perhaps most significantly, a film about language, both as a plot device — because the undercover cops are frequently wired, the things people say to them often outrank their actions — and as a sometimes shocking study of its use as a weapon. From Baldwin's opening monologue to Stallworth's final, liberating conversation with Duke, from the angry threats of the Klan to the carefully nuanced diatribes of radio commentators heard throughout, BlacKkKlansman may contain the most extreme and extensive examples of racist language ever recorded. It's powerful and horrible, sometimes because we sense the desperation behind it (as when Zimmerman and Stallworth sometimes have to fall into racist personae to convince others) but often because it's uttered by people who really mean it. Though the film sometimes seems to keep a light distance from the more extreme statements, it also lets some genuinely ugly comments hit the viewer with full force. This isn't just hate speech. Lee shows that this kind of language is part of the racist toolkit, the oil that keeps the machinery of hate running.

BlacKkKlansman is consistently stimulating, visually and intellectually exhilarating and often very funny, but don't mistake this story of Black Power rallies and White Power terrorism as a nostalgic look at the bell-bottomed past. Lee clearly intends his film as a crucial initial step in comprehending the hateful and dangerous force still among us.

Even as originally written, BlacKkKlansman would have been one of the year's best films, but as a final parting shot, Lee has added a coda that uses last year's events in Charlottesville, Virginia, to remind us that the themes here are still very much in the air. Some may try to dismiss KKK-style racism as old news, but with this small addition, an already powerful and provocative film becomes a devastating one.