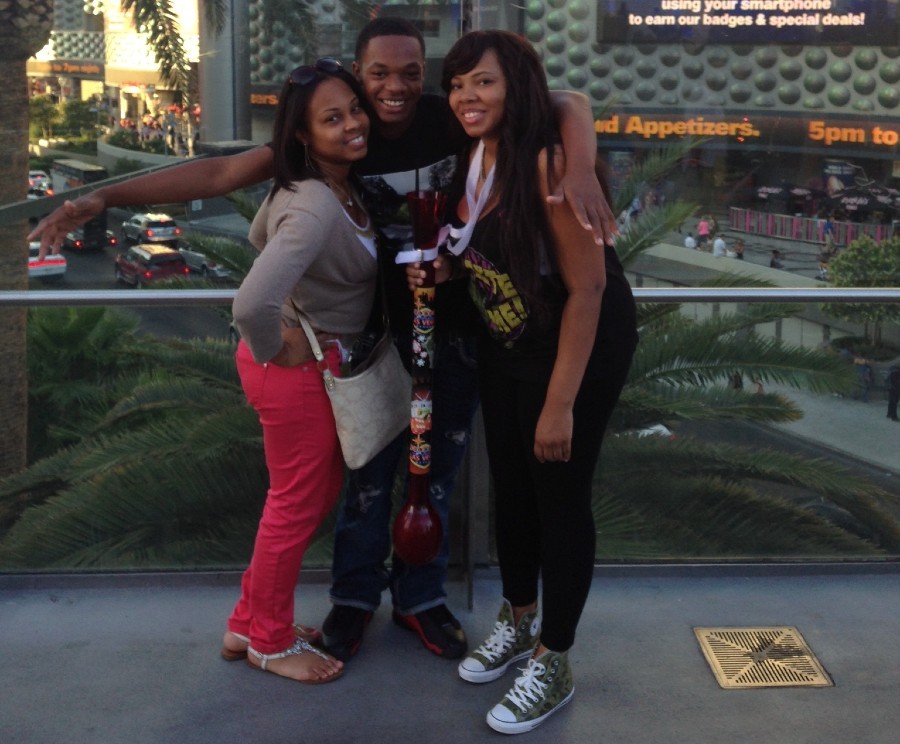 Before leaving town, I stopped by the Bufford family home. It was only about four minutes in the car from where their son was shot. I realized the Buffords must drive by that gangway all the time.

Tammy Bufford, Cortez's mother, greeted me at her front door.

Other than finding a lawyer, there were no updates in the case, she told me. Not since the initial flurry surrounding the publication of "The Fatal Tunnel" in May 2021 in the Intercept and the Riverfront Times and a follow-up segment on St. Louis Public Radio. Four days after the story came out, Circuit Attorney Kim Gardner's office provided a statement to the NPR affiliate's midday show, St. Louis on the Air, seemingly announcing that they were seeking funding to investigate police-shooting cases like Bufford's.

"To this end, we have requested additional budgetary resources from the board of alderman and the Mayor to carry out these complex and difficult investigations required in such shootings as well as services for families involved in these tragic events," the statement read.

Later in the summer, Gardner reached out to the Buffords to meet them. According to the Bufford family, she connected them to other families affected by police killings. She also told them she would be assigning an investigator to look into what happened, beyond what the police put on paper, Tammy Bufford said. Gardner explained that she only has one investigator for these cases, but that she wants to create a unit dedicated to them, Bufford said. (In "The Fatal Tunnel," we reported that St. Louis has more than twenty unsolved police shooting cases, where authorities have not made a determination about whether the shooting was "justified.")

But after meeting with the investigator once, the Buffords have not heard anything more from Gardner's office. After several calls and emails, a spokesperson did not provide any comment beyond an acknowledgement of our inquiry, in advance of this story.

"Her office is in shambles," Tammy Bufford said, describing how the circuit attorney's office lost — or couldn't find — a doorbell camera video one resident turned over.

Inside the Bufford home, we headed towards Tammy's desktop computer in the front family room where she opened up some files to show me.

She pointed out the blood on the clip of the gun. Next, she played the neighbor's 911 call off her computer speakers. I leaned in to listen. The time of the call was 9:25 p.m.

RESIDENT 1: Yeah, I live at 533 Bates. There was somebody between my house and the next house firing shots. I mean, right outside my wall. I live in a frame house.

DISPATCHER: And how many shots did you hear?

RESIDENT 2: [in the background] At least.

DISPATCHER: OK. All right. Well, I'll get an officer out there.

When Tammy Bufford played the call again, she pointed out the "at least" comment from the speaker in the background. I had missed it the first time.

What also struck me was the two clusters of shots the resident described: First there were two — "one, two" — then there were three more that he heard — "one, two, three." This lined up with Bauer's assessment of the "first two shots" and the later "face shots."

But what was most telling was the resident seemed to have no indication that the "someone" who was shooting was a police officer. He reported hearing nothing else to the dispatcher. Not "drop your gun" or "drop your weapon," as the neighbor on the other side of the gangway said.

When I asked another, very close earwitness (who was never interviewed by police and did not want to be identified in this story) if they heard the officer say anything of the kind, at any point, they said: "No, that was never said."

Tammy Bufford took me up to Cortez's bedroom on the second floor of the house. She apologized for the mess. The grandkids like to play in there, she explained. Hanging on his bedroom door were some of his clothes, left undisturbed two years later.

When I returned to Chicago, I walked from the garage to our back kitchen door. My son was standing there, on the other side of the glass, waiting for me.

"Did the boy turn into something else?" he asked.

I must have looked puzzled.

"The boy who died. Did the boy's soul turn into something else?"

Sam Stecklow contributed to the reporting for this story.