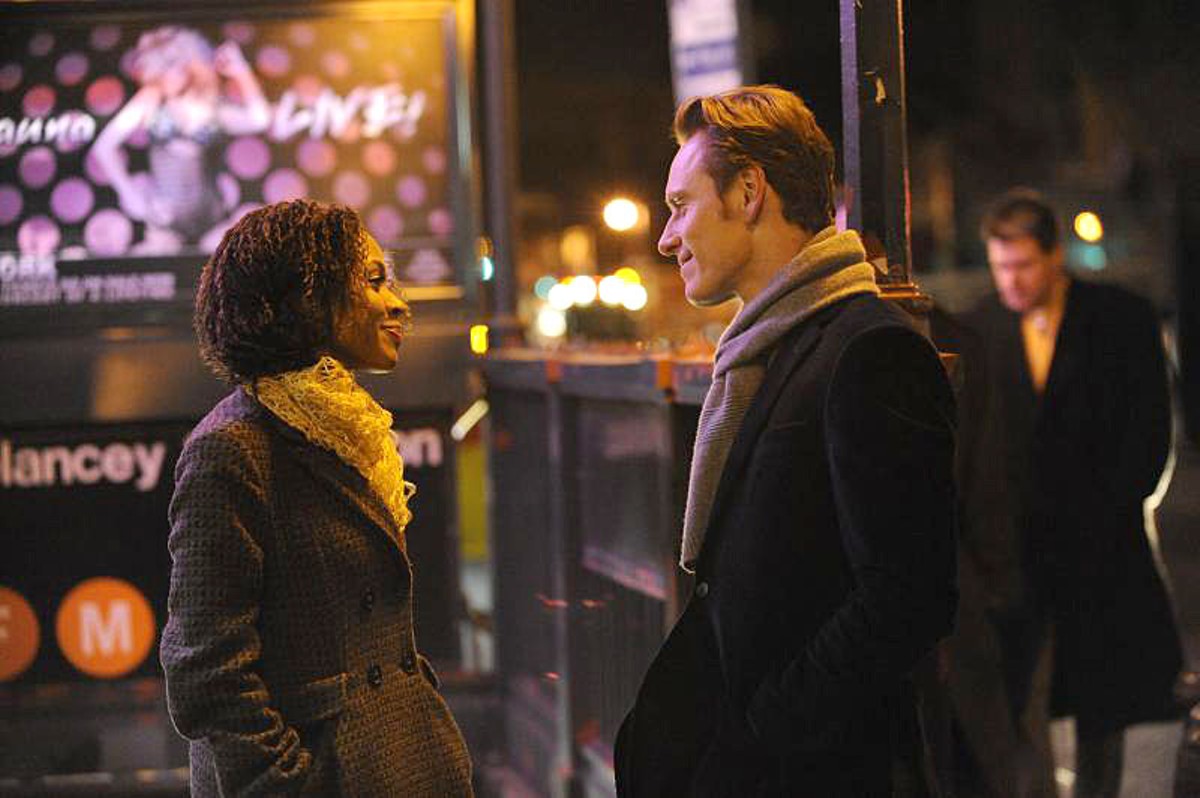 Steve McQueen's first two films both star Michael Fassbender, feature virtually interchangeable titles and are nearly as grueling to watch as they must have been to make. But where Shame might be nearly as excruciating as 2008's Hunger, it's a lot less exalted.

In Hunger, Fassbender's imprisoned Irish revolutionary Bobby Sands starved himself to death; in Shame, Fassbender's thirtysomething Manhattan office drone mortifies his flesh in another fashion. Captive to an insatiable appetite for porn, whores and quick hookups, both cyber and actual, he's a sex addict. Fassbender gives McQueen another extraordinarily physical performance but, while often unclothed, he's less revealing (or at least more withholding). Hunger's visceral evocation of suffering and release made it one of the most compelling cine-experiential death trips produced in the wake of Mel Gibson's The Passion of the Christ; Shame is basically punitive though further resembling The Passion in its self-flagellating case history.

Shame shares Hunger's fastidious mise-en-scne and taste for solemn music. Crucifixion imagery abounds: Fassbender's Brandon is introduced sprawled out in bed, naked save for a blue loincloth of tousled sheets. His monastic high-rise apartment is barely distinguishable from the Standard hotel room where he nails high-class hookers against the giant windows. Is this God's city or Satan's? Hunger established McQueen as an essentially religious artist, or at least an artist steeped in religious iconography. He seems to regard the Sacred as an allegiance to collective values (as expressed through Bobby's martyrdom for the Cause in Hunger) and the Profane as the privileging of individual concerns (Brandon's inability to recognize, or even enjoy, an Other person).

Brandon is utterly self-concerned and completely single-minded in his pursuit. Ignoring frantic phone calls from former one-night stands, reflexively jerking off in the shower or a toilet stall, he cruises through life, a master of pickup voodoo. In one scene, he hungrily eyes a cute subway commuter — hypnotizing her into arousal only to lose her in the rush-hour hubbub. Wanker though he might be, Brandon is still irresistibly charming. Instead of a Dorian Gray portrait to decay for him, he has a virus-infected computer: "Your hard drive is filthy!" his boss (James Badge Dale) exclaims. "Somebody's been fucking with your account."

That's one way to put it. Brandon's difficulty relating to actual people is dramatized when he returns home to find a strange chick in his shower. Not (or not necessarily) a desperate ex-lover, it's his crazy younger sister, Sissy (Carey Mulligan). Another creature of need, if the temperamental opposite of self-contained Brandon, Sissy is equally prepared to push her way into his life or push herself in front of a subway. She's also a performer — and Mulligan's blowsy desperation makes for the movie's best turn. (She's like a refugee from the world of John Cassavetes.) In one set piece, Sissy slogs through a daringly lugubrious version of "New York, New York." Shown in tight close-up, it's the most authentically exposed bit of on-screen chanteusing since Jeanne Balibar's hypno-drone "Johnny Guitar" in Ne change rien — even if the director rewards it with a bogus exclamation point, cutting away to the tear glistening in Brandon's eye.

As opposed to Hunger, Shame is a film where compulsion trumps conviction. The tone is impressionistic, cool and programmatically anti-erotic. Intermittently, Brandon stages a flight to health — throwing out his impressively massive porn collection, dating a young woman from work (Nicole Beharie). In the first of two long single-take scenes, Brandon lectures his date on the pointlessness of marriage; in the other, he waylays her in the Xerox room and brings her back to the Standard for a matinee. It's the movie's sexiest sequence, but because this is sex with someone for whom Brandon presumably cares (or for whom he wants to care), its failure is a foregone conclusion.