Wassan Al-Khudhairi Has Two Tasks: Get to Know St. Louis, and Move CAM Past Controversy 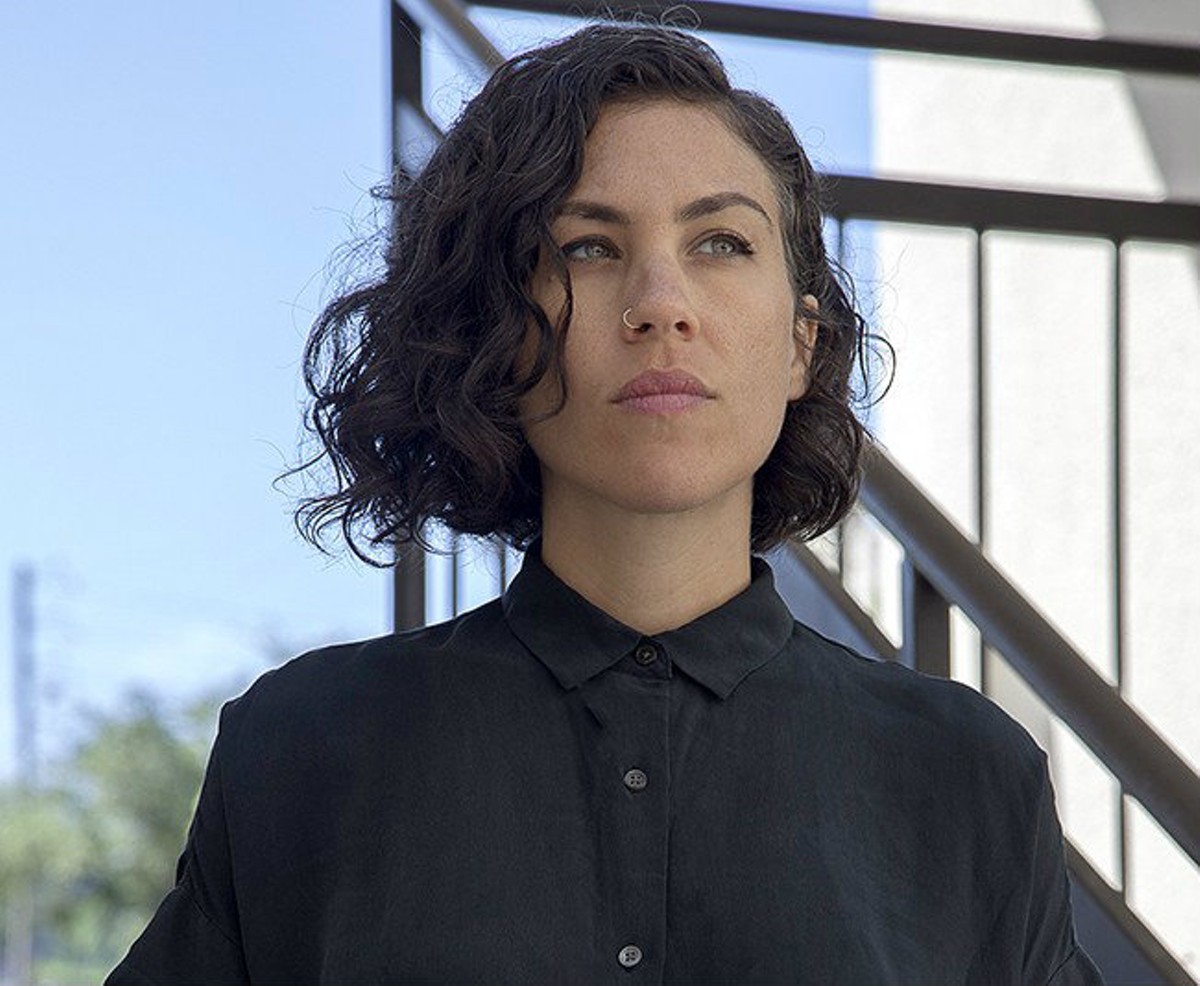 Wassan Al-Khudhairi has lived in seven countries and four U.S. states. Beginning this August, she'll add Missouri to the list. COURTESY OF CAM

Nearly a year has passed since the Contemporary Art Museum's controversial Kelley Walker exhibit opened to the public — generating an almost immediate backlash from local artists and other community members, who charged that the museum was elevating art that willfully exploited images of black people. From an outsider's perspective, the museum's response to the public storm seemed muted. Statements were made, and minor modifications were added to the exhibit. CAM's chief curator, Jeffrey Uslip, resigned unceremoniously a month after the exhibition's opening. The distrust from local artists continued to linger.

On May 1, CAM announced Uslip's replacement: Wassan Al-Khudhairi, previously the Hugh Kaul Curator of Modern Contemporary Art at the Birmingham Museum of Art. CAM Spokesman Eddie Silva says he hopes the public will be open to a new face, a new perspective and a new vision.

"Wassan is very much her own person, with her own set of ideas," Silva says. "And that's how we want her to be seen and recognized — as very much her own self." Al-Khudhairi will begin her new appointment at CAM this August, Silva says. "It's going to be exciting to discover what she brings to the chief curator role. It'll be exciting to see how she brings all of her skills and experience and talent to the museum — and in turn, to see what St. Louis springs from her."

Wassan Al-Khudhairi has not spent any considerable amount of time in St. Louis. Born in Kuwait to Iraqi parents, she's lived in seven countries — Kuwait, Saudi Arabia, the United Kingdom, Egypt, Qatar, South Korea and the U.S. — in addition to four different American states. When she begins her new role in August, she'll be able to add Missouri to that list.

Over the phone, she says that her travels have influenced both her work as a curator and her relationship to the communities she's been a part of over her career. "A curator's job is to listen," she explains. "My job is listen and be open. A curator acts as the medium between the artist's work and the public, and my job is to make people think."

Uslip notoriously said the same thing about the Kelley Walker exhibit in an interview with St. Louis Public Radio — that the toothpaste- and chocolate-smeared photos of black women's bodies were meant "to help us think through the issues of our time."

Asked about the exhibit, Al-Khudhairi doesn't say much. She says she watched the livestream of CAM's community town hall following the exhibition's opening, but refrains from offering her own opinion on the controversy, saying only that she can't comment on any specifics because she wasn't there. On first glance, it sounds like a convenient excuse to side-step a sensitive topic. But Al-Khudhairi says she simply prefers to ground her perspectives and opinions in actual lived experience, rather than operate off assumptions and second-hand information.

For a city that has spent the last several years navigating the national limelight, fielding opinions from people with only a glancing knowledge of our history and a passing fascination with our present, that reservation may be refreshing. Al-Khudhairi's genuine respect for the communities she's moved in and out of over her career deeply informs how she approaches her curatorial work and her new position in St. Louis.

"I don't have a vision for the position. I mean, how could I?" she asks matter-of-factly. "If I went into this with my own vision for how things would be, that would be disingenuous and self-serving. It wouldn't work. I have to meet the artists and talk to people and build actual relationships with people in St. Louis." In her early months at the Birmingham Museum of Art, she explains, she built relationships with artists and makers in the community by deliberately creating opportunities to connect with locals outside of the museum walls.

Even so, Al-Khudhairi's internationalist perspective and experience remain a powerful defining force in her curatorial work. Her research interests focus on modern art from Middle Eastern countries. She received a masters of arts with distinction in Islamic art and archaeology from the School of Oriental and African Studies at the University of London, eventually becoming one of the youngest museum directors ever as the founding director of Mathaf: Arab Museum of Modern Art in Qatar.

In her curatorial work in the U.S., Al-Khudhairi marries her non-Western influences with a keen attention to place and community, crafting inventive exhibitions that invite viewers to reimagine complexities like history and citizenship. Her last exhibition in Birmingham, Third Space: Shifting Conversations About Contemporary Art, deftly draws connections between the American South and the global South, considering ideas about migration, diaspora, agency, memory and more.

Nonetheless, she's approaching her new job — and her new city — with a gracious curiosity. She ends her phone call with a reporter by asking for advice on her upcoming transition. She seems ready for the challenge, eager to join the fold of the community to craft new experiences and opportunities in the city — and determined not to make the mistake of trying to tell St. Louis about St. Louis.

She can't wait, she says, to start cultivating relationships with members in the community, "It's good for me to know what people in St. Louis are interested in, what they're looking for, what excites them. I know there's so much there already, and I'm just excited to meet everyone and learn about it."