Roughly a week after playing to a record-setting crowd at this year's Lollapalooza in Chicago, the California kings of stoner-rap, Cypress Hill, played their first St. Louis show in years. While the bottom floor of the Pageant was relatively packed (the balcony was closed), the crowd was a far cry from the estimated 80,000 fans in attendance at last Sunday's event. The much smaller crowd did, however, bring with them plenty of energy - and plenty of weed. Continue reading Calvin Cox's review of Cypress Hill. Photos by Jason Stoff.
Scroll down to view images 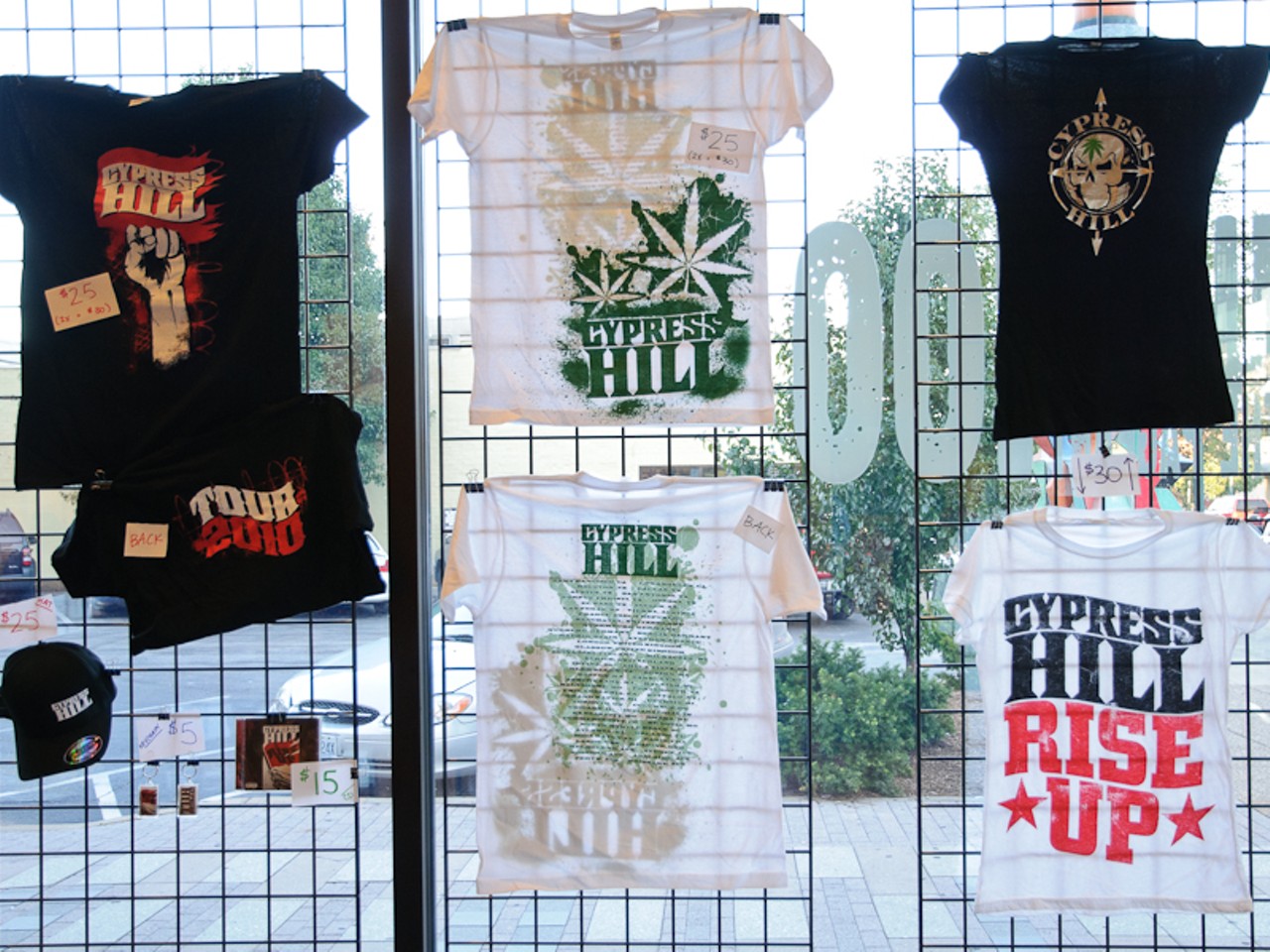 Cypress Hill merchandise at the Pageant.

Nicole Stone and Michaela Pechholo, from Chicago and Berlin (Germany) respectively. The obvious winners of the "traveled furthest to see the show" award.

Julie and Bruce of South City. Julie heard "Rise Up" on the radio, and made Bruce take her to the show. Well done, Julie

Josh Pecoraro at his first Cypress Hill show. He says Cypress Hill was the first band he downloaded from Napster.

Dino Martinez of Lone Dell, MO. Dino missed his chance to see Cypress Hill years ago, but wasn't going to miss this show.

John Ritchie and Kelly Fornachon drove in from Granite City to hear "the old shit." 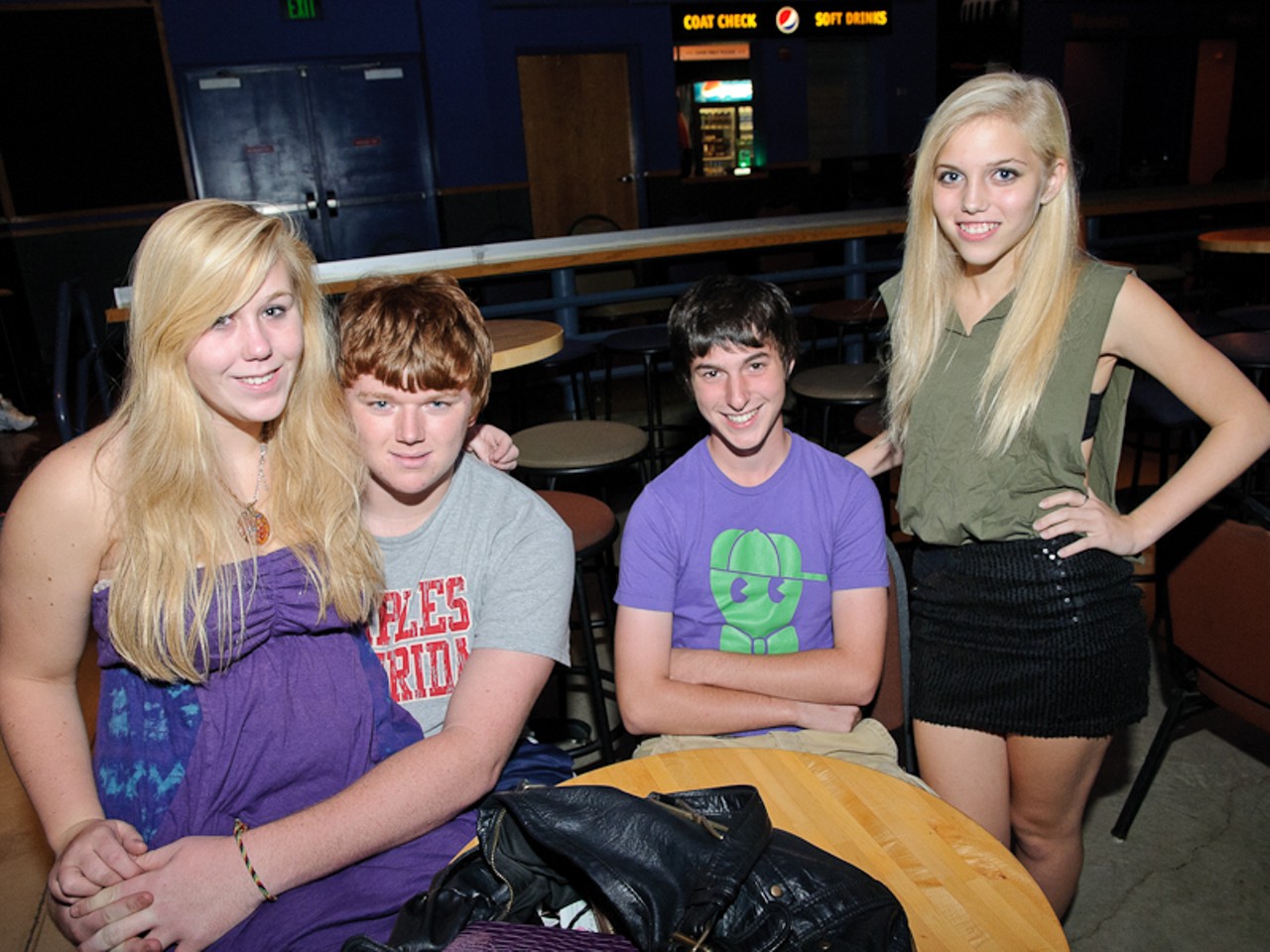 Michelle Scott and Niki Bridges were there for the classics, such as "Insane in the Membrane."

Kristylynn and Chris were excited for older Cypress Hill songs like "I Wanna Get High."

Calling themselves "The Triplets," Justin and Jeremy Scarbrough met up with Wil Horton for the show.