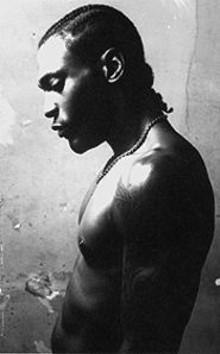 It's a funny music world in which we live, where an artist gets praise simply for using human musicians instead of samplers and computers. But in the hip-hop and R&B world, it's more common to see a live performance with a singer, a couple of dancers and a computer bank as the "band."

D'Angelo ain't havin' none of that. His second album, Voodoo, is totally organic, and you can tell: It's in the looseness, and in the warmth. It's in the instruments themselves. Sounding straight out of the '70s -- think Sly and the Family Stone's There's a Riot Goin' On or Marvin Gaye's overlooked vindictive masterpiece Here, My Dear, Voodoo is a rolling, understated funkfest that draws its tension not from the celebratory revelry that James Brown and Prince conjure but from a more pensive, understated place. Of course, just because D' uses human beings doesn't automatically make him great, and many of the songs on Voodoo wander aimlessly, lost without hook or melody, stuck on a funk treadmill. But any of you freaks who think Funk has something to do with the Chili Peppers or Primus needs a quick shot of the real deal circa 2000.

D'Angelo's live show has been garnering raves; Old Man Christgau went gaga in the Village Voice after witnessing an NYC show, and whether or not you usually think he's full of shit, his words bode well: "Totally committed, D'Angelo betrayed neither weakness nor ego -- and gave so much Thursday that Friday he canceled with a sore throat. He was R&B Jesus, and I'm a believer. Travel to another city to see him now." Alas, St. Louis trumpeter Russell Gunn, who played with D' at the NYC show, is not part of his touring band.

Opening the show is the fantastic hip-hop group Dead Prez, whose Let's Get Free is a transcendent, smart album.