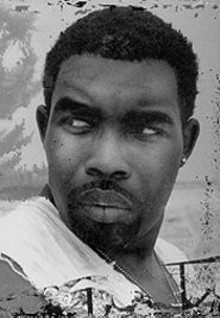 As a member of the incredibly influential New York duo Organized Konfusion, rapper Pharoahe Monch tossed off bumpy, rough-and-tumble rhymes and played a part in uncovering some of the most intriguing and creative samples in the biz. Over the course of three albums in eight years, he and fellow Konfuser Prince Poetry never made a huge mainstream impact, but they caught the ears of the New York hip-hop literati -- Mos Def, Talib Kweli and Prince Paul among them -- and contributed greatly to today's swelling underground.

With Organized Konfusion on sabbatical, Monch just dropped his debut solo release, Internal Affairs, on label-of-the-moment Rawkus Records, and he seems finally to be receiving at least a portion of the commercial attention that he missed as part of OK. The record doesn't stray too far from the Konfusion world: Monch's mouth still needs to be washed out with soap, and he needs to reel in a bit of the casual misogyny -- it's tough to take. But the man is one of the best sample-spotters on the scene right now, as creative with the two-second masterpieces as anyone. He splices in beautiful, ominous big-band snippets, a throwaway sax riff, a dangerous electric-guitar bit and loads of stuff you haven't the foggiest about, then spits out a ready-mix rhyme that flows perfectly.

Headlining the show is one of the torch-bearers of all things underground, De La Soul. (We'd give more ink to them here had we not highlighted the group heavily last time they showed up in town, in 1998.) Emceeing the show is the one and only Biz Markie, he of the golden throat and unique rhyme style. This should be an amazing hip-hop show, and it's free to boot. For directions and other information, call the Monastery, located in East St. Louis, at 618-271-CLUB.