Deadpool Is Shallow, Even by the Standards of Superhero Films 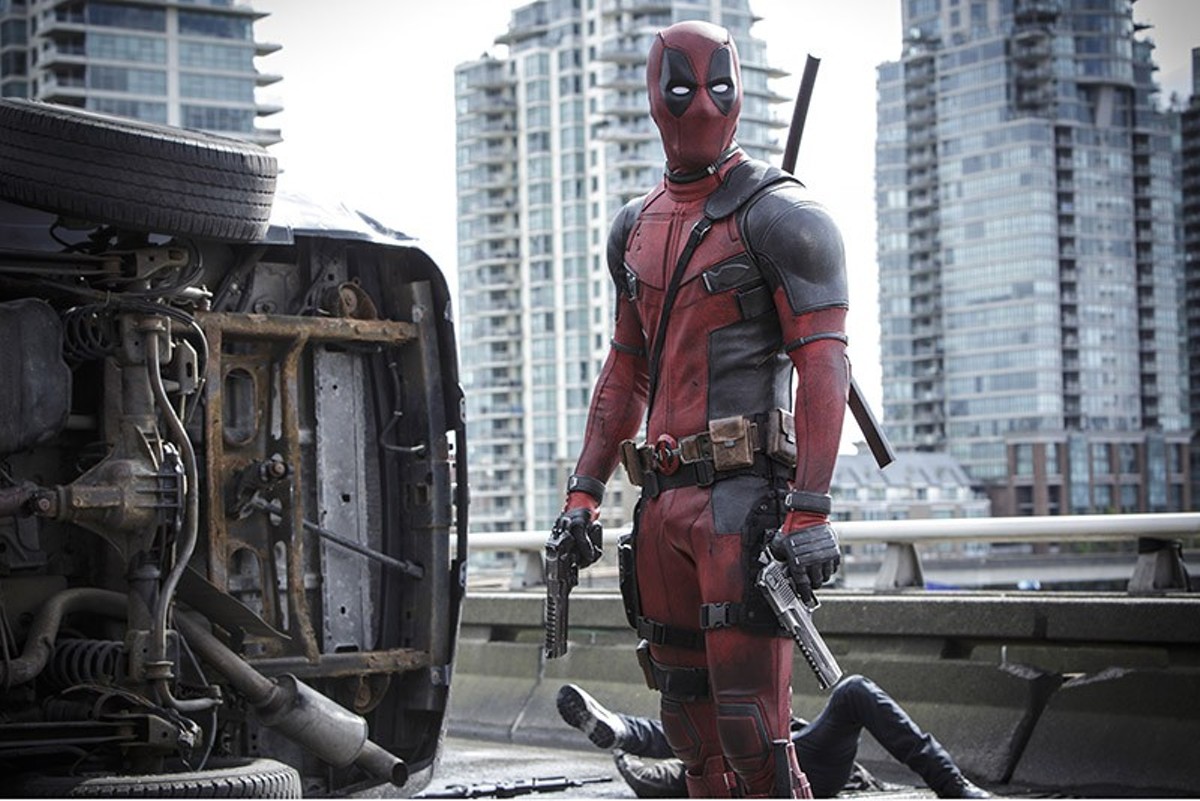 Deadpool is so intent on making fun of superhero movies that it forgets we need to care about this one.

The opening credits of Deadpool are pretty darn brilliant. I won't spoil them; suffice to say, my hopes were momentarily piqued. It seemed to be a hint that the people involved were interested in deconstructing the comic-book movie, that Deadpool was going to hold up the tropes of the genre for, if not outright ridicule, at least a good-natured ribbing.

But then Deadpool dives right into the clichés and splashes around in them for an hour and 45 minutes, showing no interest in being anything other than an utterly conventional origin story. Former special-forces soldier Wade Wilson (Ryan Reynolds) gets his mutant genes activated (this is happening in the X-Men universe). He becomes virtually indestructible and hunts down a bad guy. So?

Deadpool supposes it is being edgy because its protagonist swears a lot, because it tosses out jokes about anal sex and because it grubs its way through a completely gratuitous scene in a strip club that gets some naked breasts onscreen. It's like a child saying bad words just to be naughty. Or like someone emotionally stunted, who doesn't want to confront the horror of what's in front of him, and instead makes a joke about it. This is one of the supposed new breed of "adult" comic-book movies — like last year's Kingsman: The Secret Service — but it's the same old crap, with any genuine emotion and subtlety ripped out and replaced by whatever callous and crass flotsam will garner it an R-rating.

There are genuinely dark and adult places this story could have gone, but it avoids them completely. Wade is lied to and tortured by villain Ajax (Ed Skrein), whose motives are completely absent: The plan is to mutate Wade and turn him into some sort of "super slave," but what this means and what purpose it would serve for the bad guys, we have no idea.

The joke that is intended to be the most incisive meta-reference might garner a laugh at first, but then, as you think about it, it brings this flimsy excuse for a movie collapsing in on itself. Wade isn't just breaking the fourth wall, and he's not just breaking those X-Men movies, he's breaking his own movie. And he's really unpleasantly smug while he's doing it.

Deadpool is so intent on making fun of superhero movies that it forgets we need to care about this one. Wade is a psychopath — he was even before he got mutated — who enjoys killing. He keeps telling us he's "not a hero," but he's the hero here, and we are meant to cheer for him without reservation. We're supposed to like that he's a psychopath. Perhaps it's meant to be OK for us to cheer for him because, as we are constantly reminded, this is only movie fakery. But that's not how that works. (The most self-referential joke here reminds us that Reynolds is hardly a great actor. This also may have been ill-advised.)

It all adds up to absolutely nothing. This is the end of comic-book movies if this is the only place they have left to go.

Jump to comments
« In Hail, Caesar!, the Coen Brothers Romp Through Old Hollywood   |   In Love, Gaspar Noe Focuses on Sex Over Story »