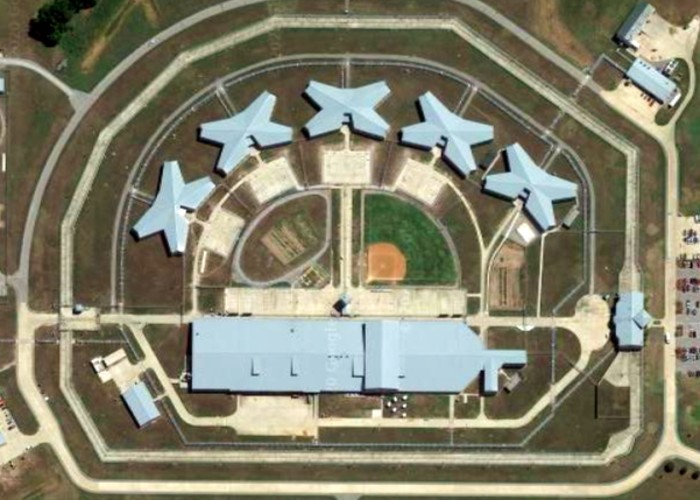 Screw Up, Move Up

On July 12, 2018, April Hudgens, a corrections officer at Southeast Correctional Center in Charleston, Missouri, was in one of SECC's housing units when the inmate she was writing up for a conduct violation violently attacked her. As another corrections officer at the prison made a copy of Hudgens' report, the inmate sprinted at her and started beating her. He hit her once on the side of her face and she immediately fell to the ground. It took 30 seconds for the other officer to pull the inmate off. Hudgens needed to have the wound between her ear and the back of her head glued shut. The incident left her with post-traumatic stress.

But when Hudgens quit the Missouri Department of Corrections this June, after six years on the job, it wasn't because of the assault. She'd been working through that with the help of therapy. She says she quit because of the way her bosses made her life "hell" after she brought a sexual harassment complaint against a lieutenant corrections officer.

That's not surprising, say current and former corrections employees. Across Missouri's prison system, allegations of disturbing misconduct — and retaliation — are pervasive. Details of the accusations occasionally leak out through lawsuits and increasingly through anonymous Twitter accounts run by ex-guards and family of inmates.

During the past two months, the Riverfront Times has interviewed fifteen MODOC staff members and ex-staff members about the culture and conditions within the system of 11,000 employees spread across 90 sites.

They describe a department plagued by cronyism, in which employees in the good graces of administration can get away with serious misconduct whereas those who speak out against it are the ones likely to be punished.

One corrections officer talked about being mocked and hazed because of a speech impediment, at one time put in a chokehold by his coworkers. Multiple people attested to wardens fixing promotion procedures to ensure romantic partners moved up the ranks. Time and again people interviewed used the phrase "screw up, move up" as a shorthand to describe the department's practice of promoting employees accused of misconduct to new positions in hopes they would do better there. The fifteen current and former employees stated this is all common knowledge in the department, but it is equally well known among MODOC employees that to file complaints with supervisors or otherwise speak out is perilous business. They described the majority of the corrections officers and other MODOC employees as upstanding but say the inability to remove the well-connected bad ones, particularly in management, makes the job at times unbearable.

After Hudgens was attacked by the inmate, she stayed dedicated to the job, earning a promotion in 2019. Not long after, a lieutenant began commenting on how sexy she looked, she says.

"One day he said that it was a good thing I don't wear street clothes to work because he'd seen me in my street clothes and I looked sexy," Hudgens says in an interview. Later this lieutenant said something similar to Hudgens about her eating a pickle she'd brought as part of her lunch.

She laughed off the comments at first and tried to forget about them. Then, she says, the lieutenant unlocked a bathroom for her one day and made as if he was going to follow her in. Hudgens says she filed a complaint with the prison's warden, Jason Lewis.

A few weeks later, Hudgens received an email from Lewis saying he had spoken to the lieutenant who had apologized and wouldn't joke around like that again.

But Hudgens says she felt her claims hadn't been taken seriously.

A week later, according to public records, the lieutenant was promoted to captain.

At SECC, Hudgens worked the overnight shift in the segregation unit, an area often referred to as a "prison within a prison" where offenders spend all but one hour every other day in solitary confinement. The inmates in the segregation unit knew Hudgens had been attacked and several of them mocked her for it. It was re-traumatizing. Then COVID-19 moved her children's school online, her husband got a new job working overnights, and what had been a rough shift became impossible with her family's new schedule. Hudgens says she went to Lewis and asked for a different assignment. She took a voluntary demotion in May to try to make it easier to get out of the late nights in the segregation unit. One night, as her shift was starting, she made a direct appeal to the warden: "Don't put me in seg. It's really messing with me."

The next morning she received a message stating she'd been approved for a "new" position: overnights in the segregation unit.

Hudgens says that her supervisors made it difficult for her to leave segregation in retaliation for her complaining about the sexual harassment. She vented her frustration in an email to her state representative, which led to a Zoom meeting with Anne Precythe, the director of corrections in Missouri, and Precythe's second-in-command, Division of Adult Services Director Jeff Norman.

Precythe took charge of the 11,000-employee department in 2016, appointed by then-governor Eric Greitens, who said at the time, "Missouri's Department of Corrections is broken, and ... our corrections officers struggle in a culture of harassment and neglect, in a department with low morale and shockingly high turnover."

The day Precythe was officially made MODOC's director she appeared before a committee of state representatives who had been investigating allegations of harassment in the department. Precythe promised "a new day," "a new direction" and "a new culture." Soon thereafter she issued a memo outlining a zero tolerance policy for employee harassment. "Any allegations of improper behavior in the workplace will be swiftly investigated and appropriate sanctions will be administered to true wrongdoers," she wrote.

The Zoom call wasn't Hudgens' first time meeting Precythe. In 2019, Hudgens says the director came to SECC for a town hall with employees. She remembers Precythe saying that there wasn't any "good old boys" system in her DOC. Hudgens also remembers one of her coworkers politely challenged the director on this point. Hudgens says that coworker was later written up with a violation for doing so.

On that Zoom call, Precythe and Norman listened politely to Hudgens' concerns about her harassment claim not being taken seriously, then took no action. Nothing changed in SECC.

In May, Jason Lewis, the warden, was promoted to deputy division director, a position that oversees the management of multiple prisons.

Hudgens says it was "devastating" to see the man who had harassed her and the boss who had swept it under the rug move up in the department. To her, it was just two more examples of "screw up, move up." The following month she quit.