Shopping in the Delmar Loop: Jewelry, Books and Candy 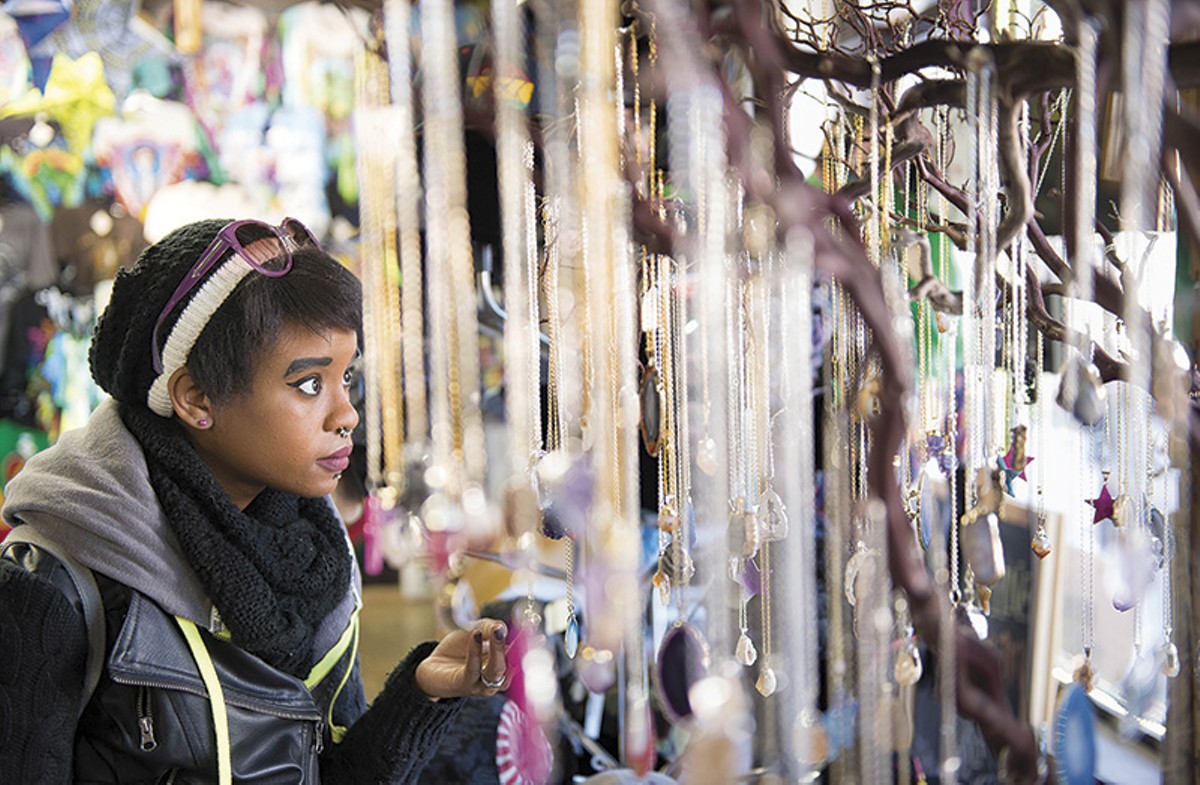 Christina Stewart eyes some necklaces in the Delmar Loop, her old stomping grounds during her time as a clerk at Star Clipper. Corey Woodruff

I used to work in the Loop at Star Clipper. Now I'm a library technician for the St. Louis Public Library, but I wanted to return to the neighborhood to see if I could get unique stuff for all six people on my list. When it comes to Christmas shopping, I have an infallible method: I ask people what they want, and then I go get that.

As far as stores go, I didn't have any real plan — I just worked my way down the street. And while I didn't connect each person to each store, I had an idea of what I could find. 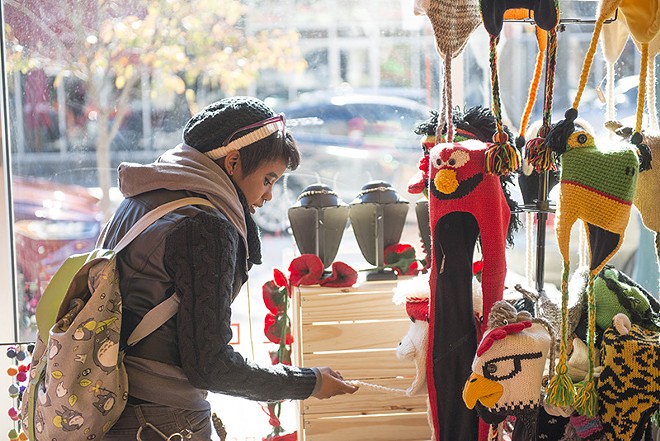 MacroSun International (6273 Delmar Boulevard, 314-726-0222) has a plethora of warm and snuggly hats, as well as clothing and home decor items that are imported from villages and artisans in the far east. They have animal hats that are handmade in Nepal — and they only cost $12. I found a sock-monkey hat for my fiancé, Keya Matanagh, because he keeps stealing mine. Now he has his own.

Rocket Fizz (6303 Delmar Boulevard; 314-833-4614) is a candy and soda emporium that also dabbles in pop-culture knickknacks from another era. They have candy from around the world, and my sister loves Japanese candy. I bought a ton of it for her. It's candy — who doesn't like candy? 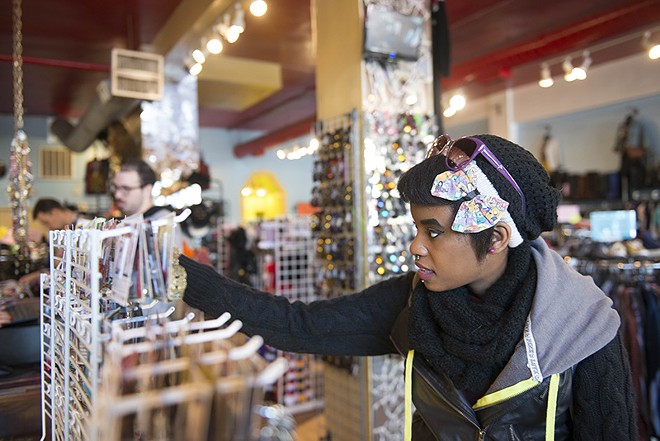 I also found excellent jewelry at great prices in Sunshine Daydream (6608 Delmar Boulevard, 314-727-9043), the new-wave head shop that's been a Loop staple for years and years. Normally I go to Sunshine Daydream when I'm looking for something in particular, like a new bag or hookah stuff. But I also go for no real reason. I'll go in thinking I might find something cool, and this time I did.

Avalon Exchange (6388 Delmar Boulevard, 314-725-2760) also carries jewelry, even if you think of it as more of a clothing store. They have big, flashy jewelry, which my mom loves. It's all clipped to old baseball cards, and you get to keep them. 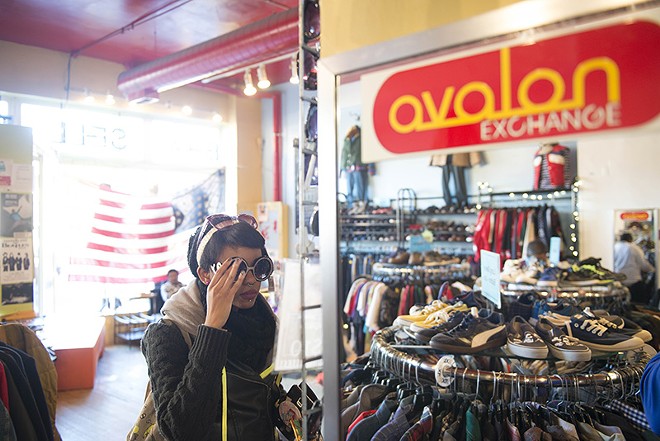 My little brother is really interested in art, so I thought I'd find something for him at Blick. But I didn't want to shop at a chain, so I went across the street to Subterranean Books (6275 Delmar Boulevard, 314-862-6100). They had this great book, Wreck This Journal, which is perfect for him.

I ended up spending $85, and I got stuff for everybody, so it was way better than a trip to the mall. I also found something for myself. Phoenix Rising (6331 Delmar Boulevard, 314-862-0609) has these beautiful head scarves that are handmade. I didn't buy one, but maybe my friends or family are reading this. That's definitely on my Christmas list. -- As told to Paul Friswold