Fresh from SXSW in Austin, Texas, Diarrhea Planet and Bruiser Queen rocked Off Broadway on March 26, 2015. They came back with energy and the crowd felt it. While crowd and band alike were headbanging with hair flying, the music filled the room and the green essences of Diarrhea Planet flowed. Bruiser Queen played first and selected a set list heavy on their new album, which has a more polished sound than previous efforts. Philadelphia's Left and Right were up second, and Diarrhea Planet closed the night with a cover of The Who's Baba O'Riley. 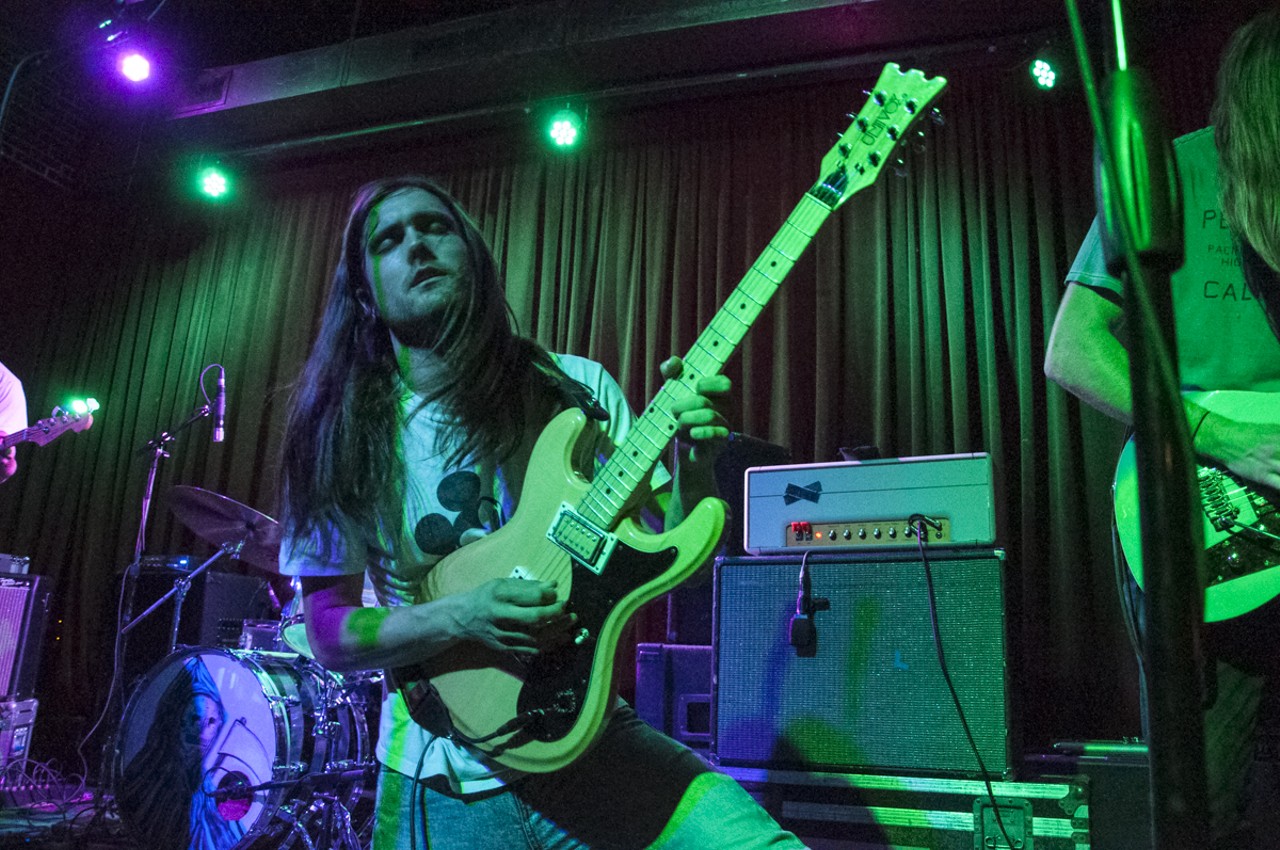 Jordan Smith of Diarrhea Planet and his guitar face.

Morgan, Ryan and Jason of Bruiser Queen recently returned to St. Louis from a tour, which included playing the SXSW festival in Austin, Texas.

Morgan Nusbaum from Bruiser Queen taking over the stage.

Jason Potter of Bruiser Queen in his golden cape.

Morgan Nusbaum of Bruiser Queen channeling the moves from the hair metal days. 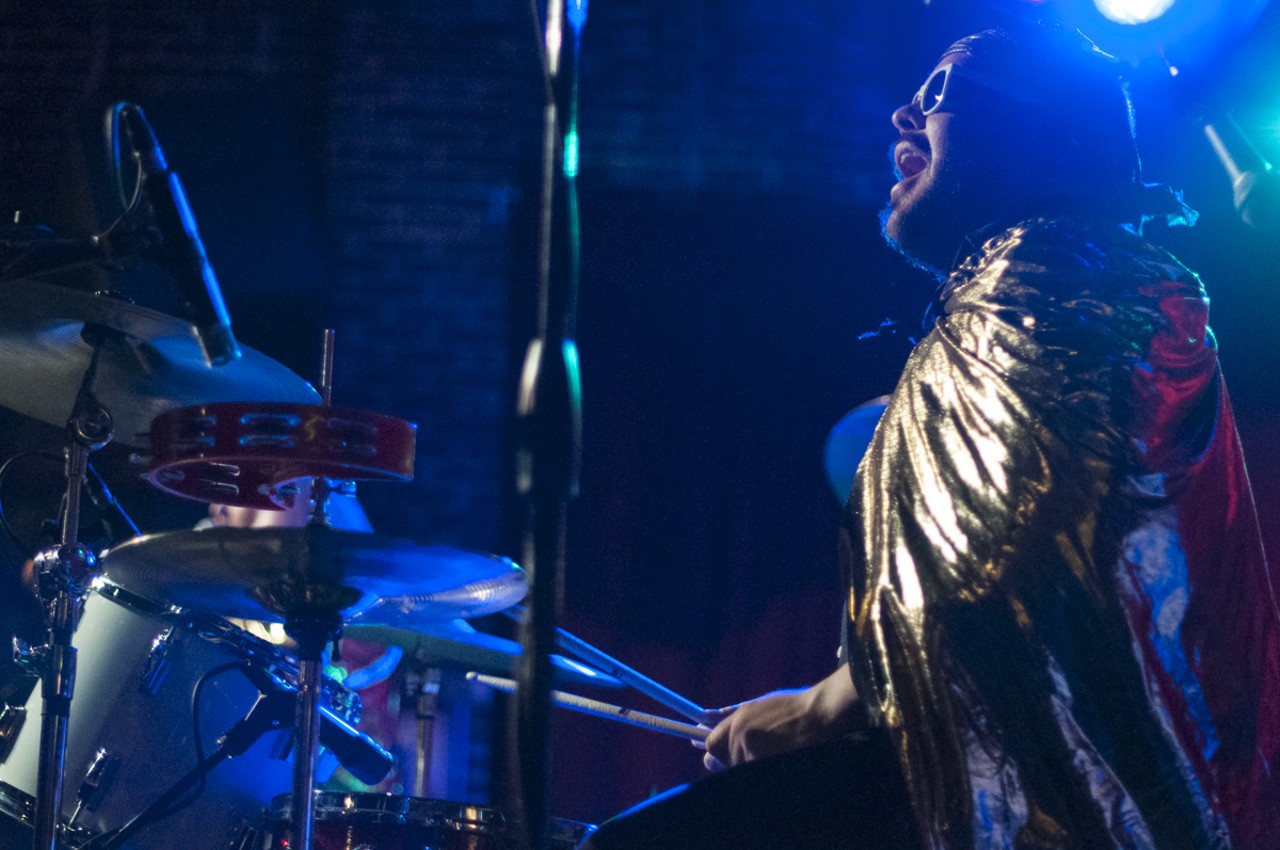 Jason Potter of Bruiser Queen rocking out in his cape.

Becky Ramsey, Monica Mileur and Christy Luttenbacher having a laugh outside.