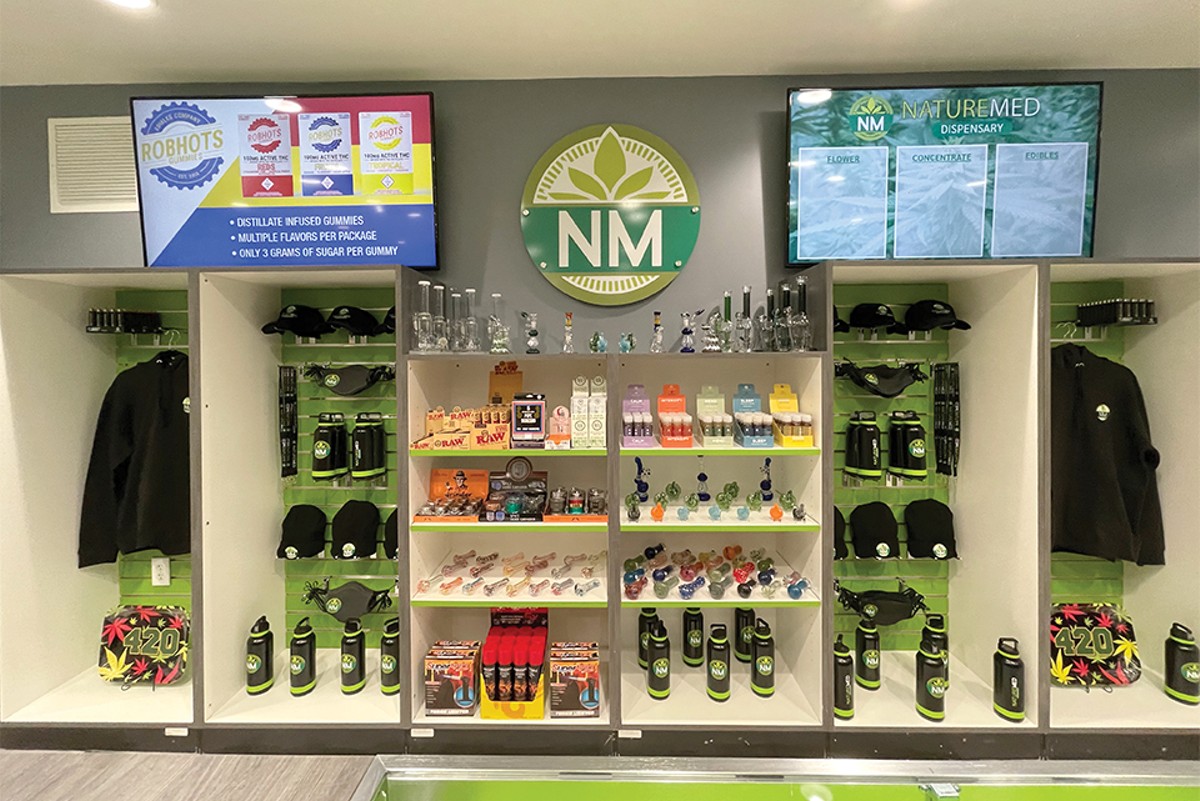 It's crazy to think that a few short years ago one could expect to be tossed out of a head shop simply for saying the word "bong."

In those days of "tobacco water pipes" and winking conversations with store staff, the need to employ language artfully made each interaction take on a delightful speakeasy quality, with no one saying exactly what they meant despite everyone fully understanding what was being communicated. It could be cumbersome, of course, trying to delicately express one's needs without accidentally stepping on one of the trap-door words — especially if you were ballsy/foolhardy enough to try to talk a head shop employee into helping you score some weed — but it also lent a certain mystique to the proceedings that became a large part of stoner culture in its own right.

Read All of Tommy's Dispensary Reviews

Fast forward to today. More often that not, the first interaction I have when walking onto the sales floor of a dispensary goes something like this:

BUDTENDER: So, what brings you in here today?

TOMMY: I have come here to buy weed from you.

BUDTENDER: Yes, we can do that.

I'm likely guilty of romanticizing a practice that was actually super annoying and only looks good now through the lens of time, but it just feels like something is lost in that latter interaction. The giddy thrill of speaking in code so as to evade the law is gone, replaced with a fully transactional and plainspoken approach not dissimilar to what one might experience when purchasing a toothbrush.

All told, though, the new way of doing business certainly has its upsides.

Those advantages were on full display during my recent visit to Nature Med Dispensary (234 Kingston Drive, 314-939-1076), where, after handing my medical card and ID to the staffer manning the front desk, I was greeted by a downright chatty man eager to talk cannabis in as much detail as I could possibly handle.

Nature Med's sales floor has big "head shop" energy, with glass cases lining the room on three sides and a wide selection of bongs, vaporizers, glass pipes, rolling trays and other paraphernalia taking up real estate on the walls beneath flat-screen TVs that show menus of the shop's THC options. At present, the dispensary only stocks Flora Farms flower, but that will soon change, my budtender explained before going on to enthusiastically tell me about each strain in great detail, and plainly from personal experience. A second budtender, who was otherwise unoccupied, joined the conversation as well, and soon we were just three stoners gleefully comparing notes about our favorite strains right out on the open sales floor — a far cry from the days of old.

After discussing all of my options at length with my new pot pals, I opted to purchase an eighth of Sour Tangie ($40), an eighth of Etho Cookies ($40) and a mysterious one-gram pre-roll dubbed simply "indica blend" ($24). After taxes, my total came to $116.21.

I tried the pre-roll first. A Flora Farms affair, this joint was $4 more expensive than any of the others in the house, and apparently contained six different indica-dominant strains — Fifth Dimension, Black Garlic, Cobalt Fire, GMO, Lemon Cheese and Miracle Alien Cookies. According to my budtender, it came from the shake at the bottom of several bags that had been delivered from the cultivator to the manufacturer for the sake of rolling pre-rolls. That shake naturally contains more trichomes that have fallen off the buds, I was told, leading to its high THC rating of 26.56 percent. My budtender told me he couldn't even finish his when he'd gone to smoke one, and he said he fell asleep soon after he put it out, about halfway through. On inhale I found it to be a smooth smoke, though bewilderingly difficult to pin down flavor-wise, owing to the wide selection of strains within. In any case, it was a pretty light flavor, and I didn't find myself coughing much at all. I began to feel a super strong body buzz after just a few hits, and I wound up putting the pre-roll out just as my budtender had. My head felt pretty clear, with a buzzy body high being the star of the show here, and a deep feeling of relaxation that gave way to a powerful case of the munchies and, soon enough, some dead-to-the-world sleep.

Next up, I got into the Etho Cookies. Flora Farms-branded and rated at 15.71 percent THC, this bag boasted light green buds with a few dark purple spots, covered in trichomes and orange hairs. The buds smelled citrusy and piney, almost like Pine-Sol, and they crumbled easily in my fingers on breakup. When I took a hit, the lightly sweet smoke imparted less flavor than I would have expected based on its smell, but still had hints of the citrus. This hybrid strain delivered a relaxed, calm buzz, pretty well-balanced between sativa effects and indica ones, and I found myself repeatedly misusing words in conversation due to its satisfyingly brain-scrambling nature.

Sour Tangie was next on the list. My budtender had mentioned this was one of his favorite strains — he'd even picked up an ounce just for himself — and it's easy to see why. Rated at 17.7 percent THC and, like the others, also coming via Flora Farms, this weed was an absolute delight from start to finish. Upon opening the bag I was hit with a fruity tangerine smell like a punch in the face, its beautiful, bright/lime green buds covered in a fine dusting of trichomes and an abundance of orange hairs. On breakup it had a dryish, almost styrofoam-like spongy crumble, not too sticky, but with a good amount of keef. On inhale it had a delicious sweet taste, with the tangerine flavor popping up prominently on exhale and lingering there. As for effects, I found it to be an energetic and creative high, and soon I found myself pacing my house and racing through ideas in my mind, though I didn't feel any of the anxiety that might usually come with more of an "upper" high. All told, it was simply phenomenal. I really can't say enough good things about this strain, and it will certainly be in my regular rotation going forward, as long as I can get my hands on it.

And the only reason I tried it at all is the simple fact that I could speak so freely with the employees at Nature Med about the dispensary's wares. For as much as I might nostalgically pine for a sneakier time in cannabis culture, I can't deny that being able to speak so freely has resulted in me getting my hands on some really incredible weed. And in the end, isn't that what this is all about?

Welcome to Higher Thoughts, wherein ol’ Tommy Chims smokes one strain from this review — in this case, Sour Tangie — and then immediately writes whatever comes to mind in the hopes of giving you, dear reader, a clearer picture of its overall mental effects: no rules, no predetermined word counts and, most crucially, no editing. Here we go:

Nick smiled as he handed the envelope over to his arch-nemesis, Mrs. Crandall. At last, he thought to himself, justice will be served.

“You thought you would get away with it, didn’t you Crandall?” he asked rhetorically. “Well, once you have a look at these compromising photos you’ll be changing your tune.”

Nick had never resorted to blackmail before, but he knew he was dealing with a monster. Mrs. Crandall had slandered his good name and betrayed him in a fiendish plot so twisted and diabolical that it pushed him over the edge. He had peered into the abyss, and in turn, it had gazed into him.

Mrs. Crandall looked at the photos one by one, hung her head, and paused before she spoke.

“Nick, for fuck’s sake, you left the lens cap on again. Look, this isn’t some grand conspiracy: I gave you an F in photography class because you don’t understand a single thing about photography. The fact that you actually took the time to develop these all-black photos in a dark room only raises more questions.”

Nick narrowed his eyes and pondered some questions of his own: When did Crandall have access to my camera, he wondered, and what’s a lens cap? 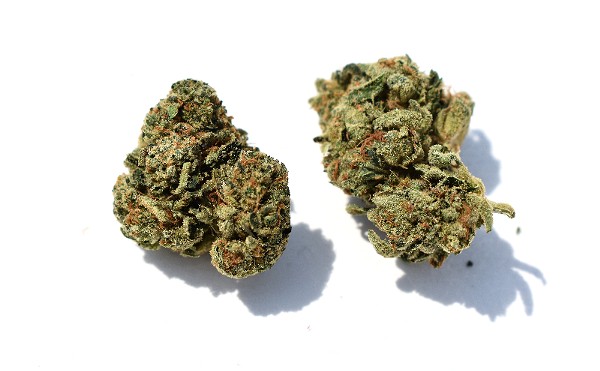