The East St. Louis Senior High Flyers have won more high school football games than any other program in the country. Even though the city is hemorrhaging population-- over the last five years, the team school's enrollment has dropped by 25 percent -- head coach Darren Sunkett has rebuilt the program into a powerhouse. After getting kicked out of the playoffs last season for playing an ineligible athlete, the Flyers had much to prove this year, as evidence by their motto "Unfinished Business." The team finished the season 9-3, tied at the top of the conference, and made the playoffs for the twelfth straight year under Sunkett. They eventually lost in the quarter finals. Here are images from their 33-7 win over Granite City High School in the first round of the playoffs. Photos by Jennifer Silverberg. Read Albert Samaha's feature about Sunkett and his Flyers.
Scroll down to view images 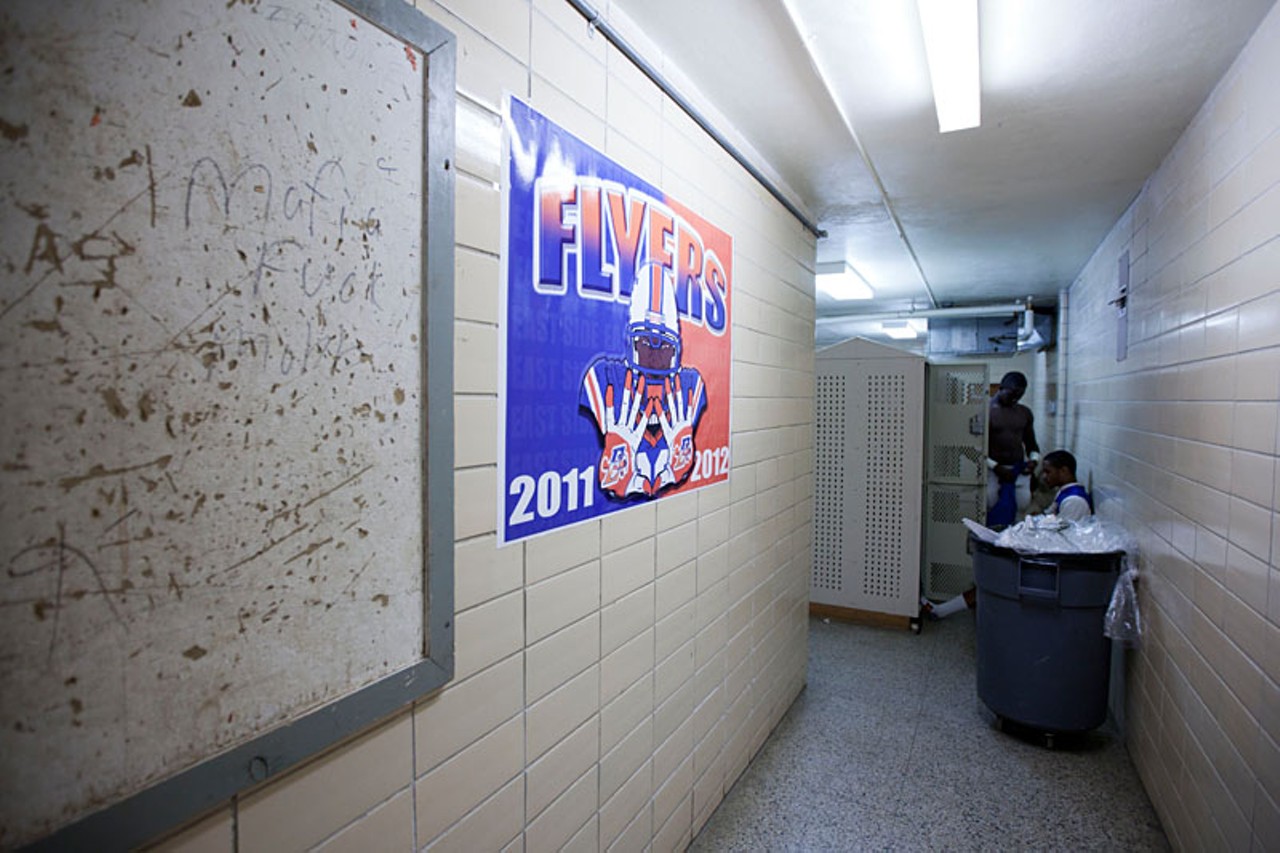 Jennifer Silverberg
In the tense moments before the opening post season game, the only sounds in the locker room are cleats clicking the linoleum floor and the squish shoulder pads make when arms move. 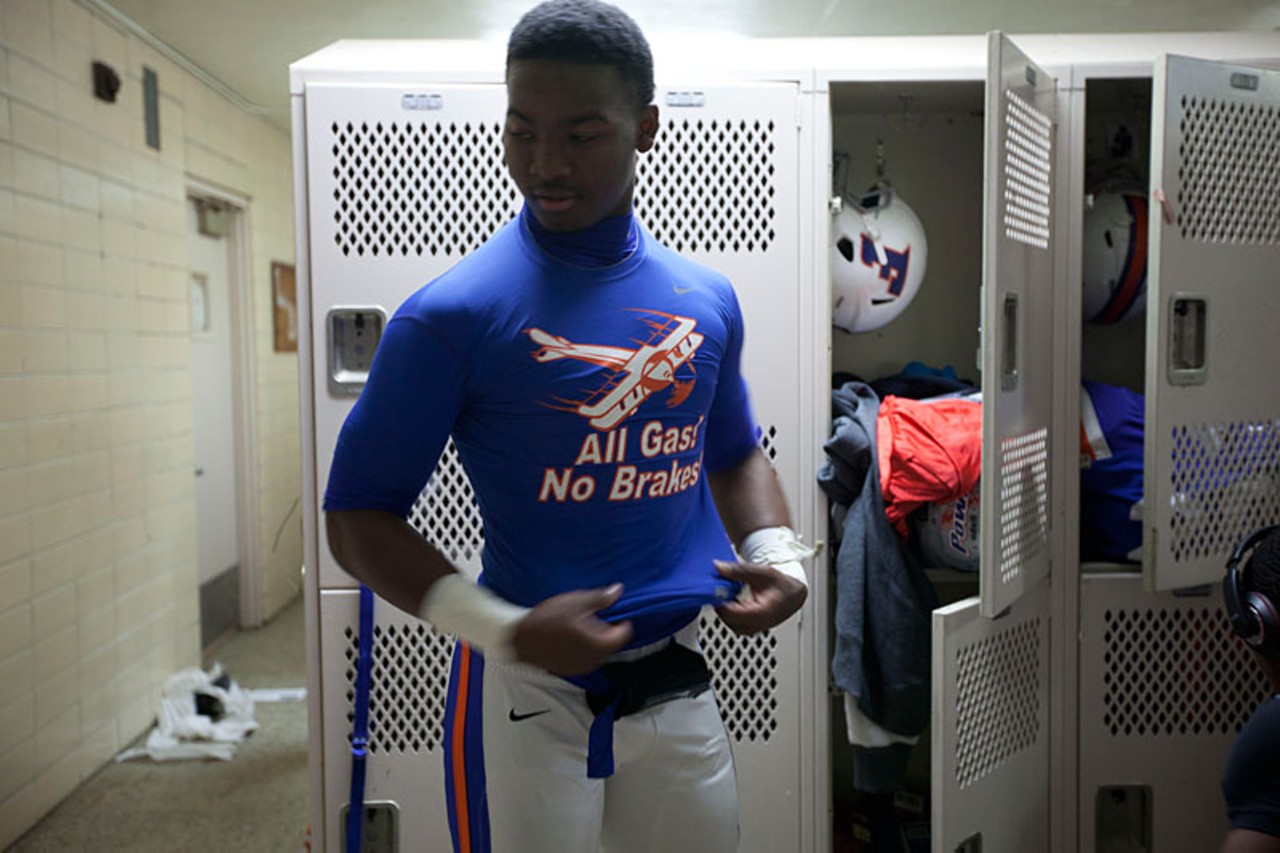 Jennifer Silverberg
Senior quarterback Lamontiez Ivy, one of the best college prospects in the region, led the Flyers to a 9-3 season and another conference championship. 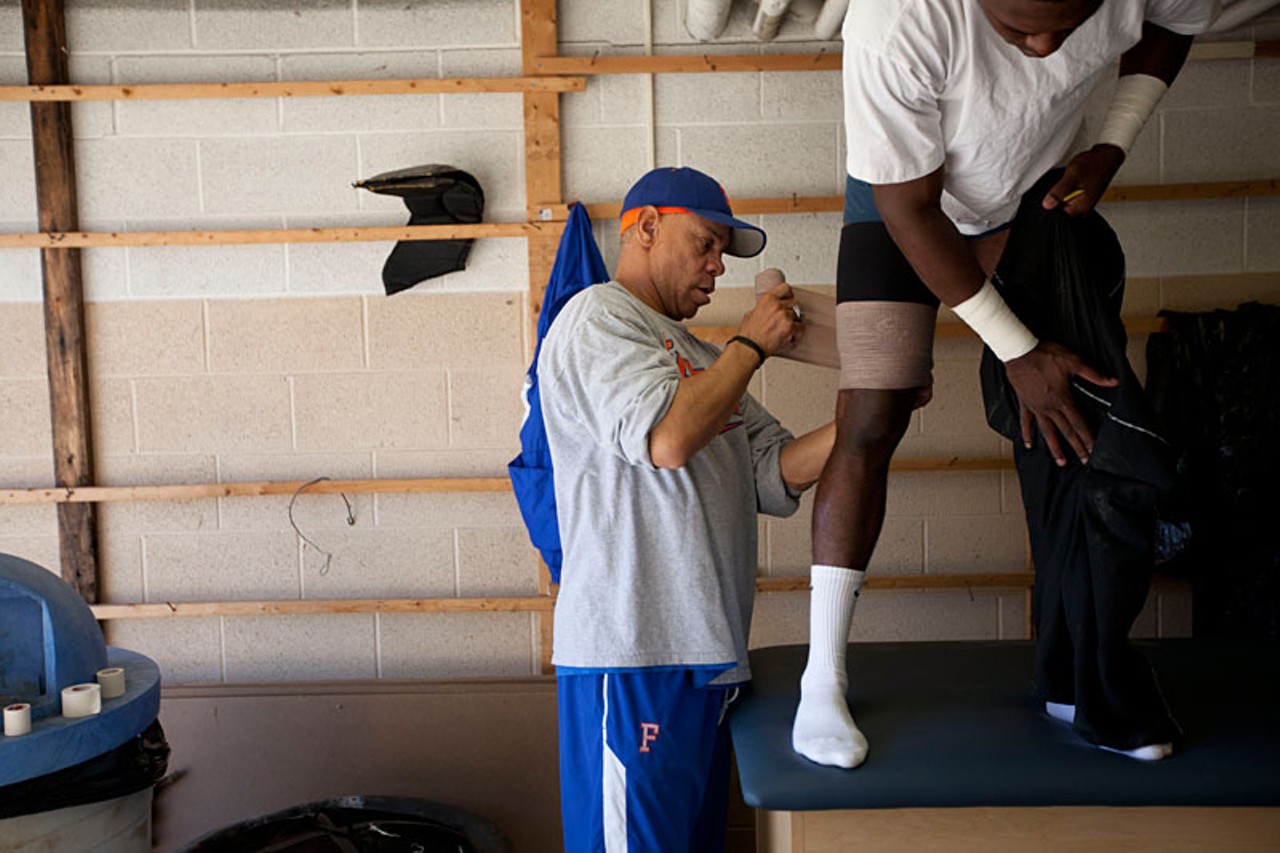 Jennifer Silverberg
Defensive coordinator Marion Stallings, a former Flyer standout himself, has worked under ever East Side head coach since the mid '70s. 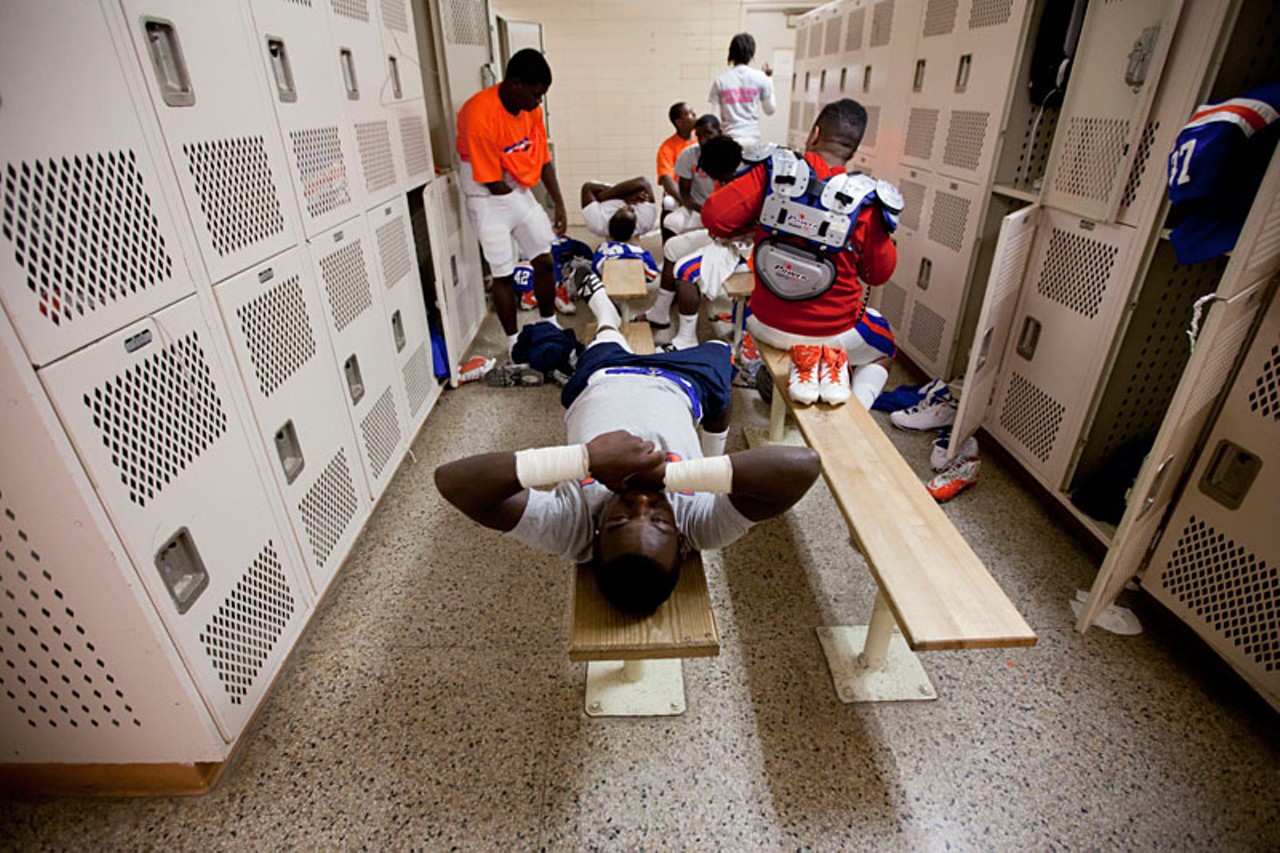 East Side's demographics make it an outlier in its conference. The school, like the city, is 99 percent black; no other school in the eight-team Southwestern Conference is less than 55 percent white. 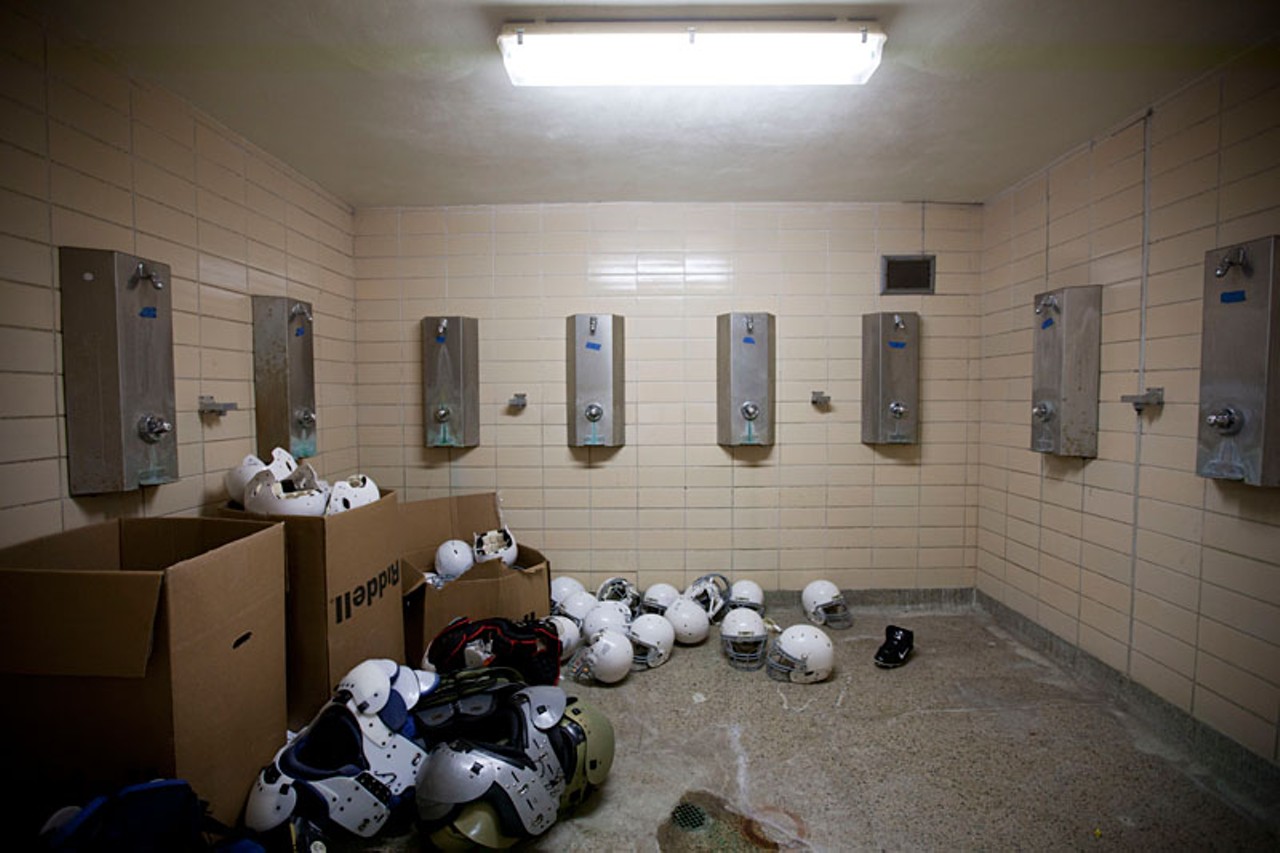 Jennifer Silverberg
At East Side there are half as many seniors as freshmen. The pull of the streets is the school's -- and the Flyers' -- top competition. When you're living with a sputtering infrastructure, vast poverty and ubiquitous crime, there's little incentive to put in fifteen hours of football practice each week and keep your grades high enough to maintain athletic eligibility. 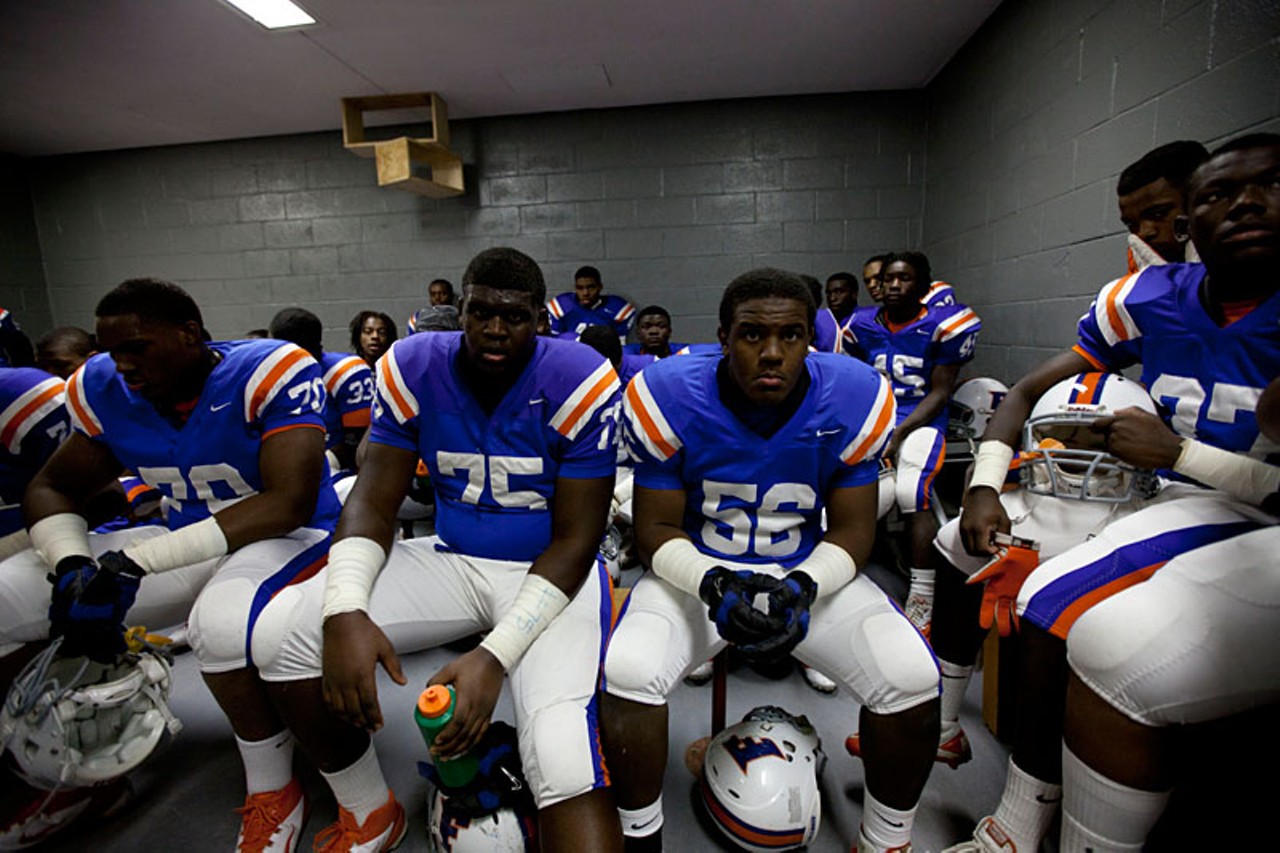 Jennifer Silverberg
Since 1897, the Flyers have won more games than any team in the country, compiling a record of 877-252-45. 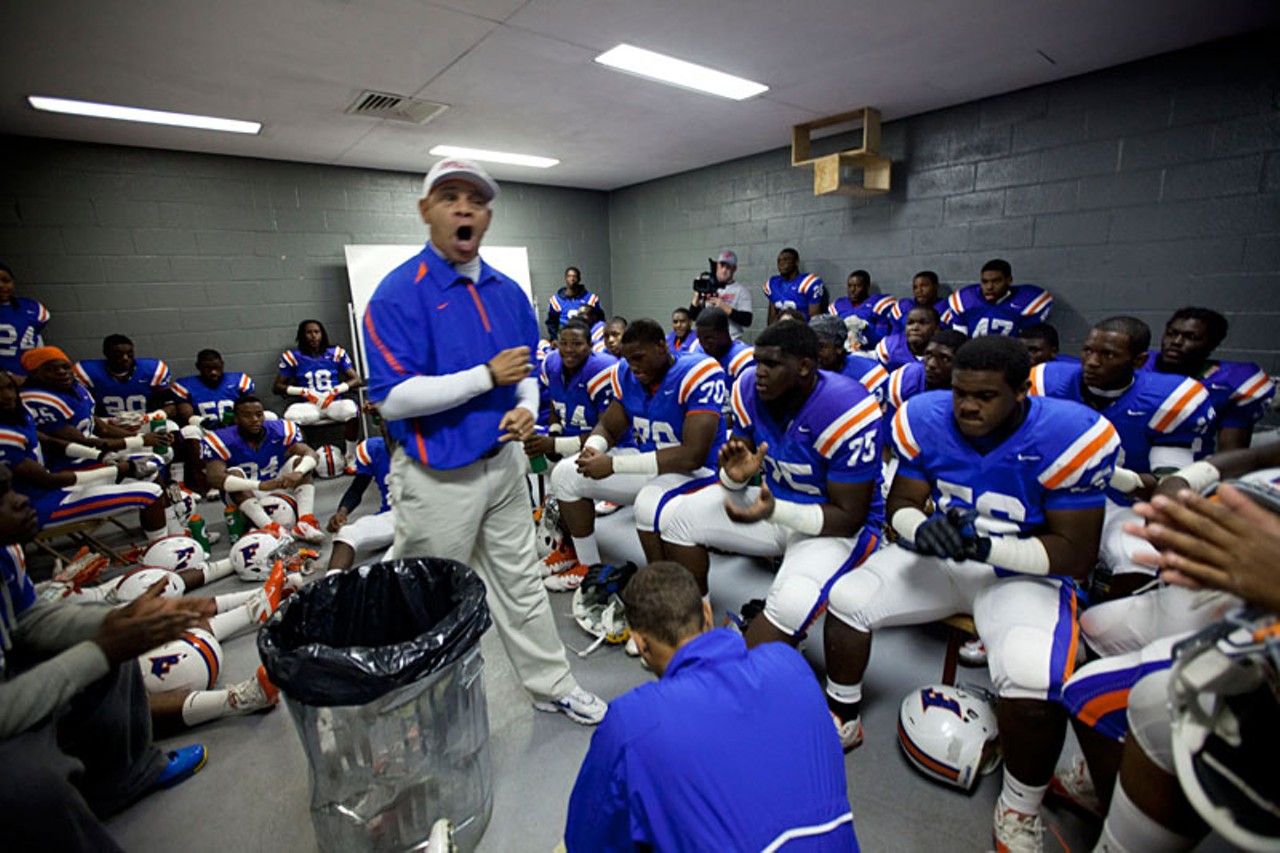 Jennifer Silverberg
Stallings is famous for his passionate pre-game speeches. He is the fire to Sunkett's ice. 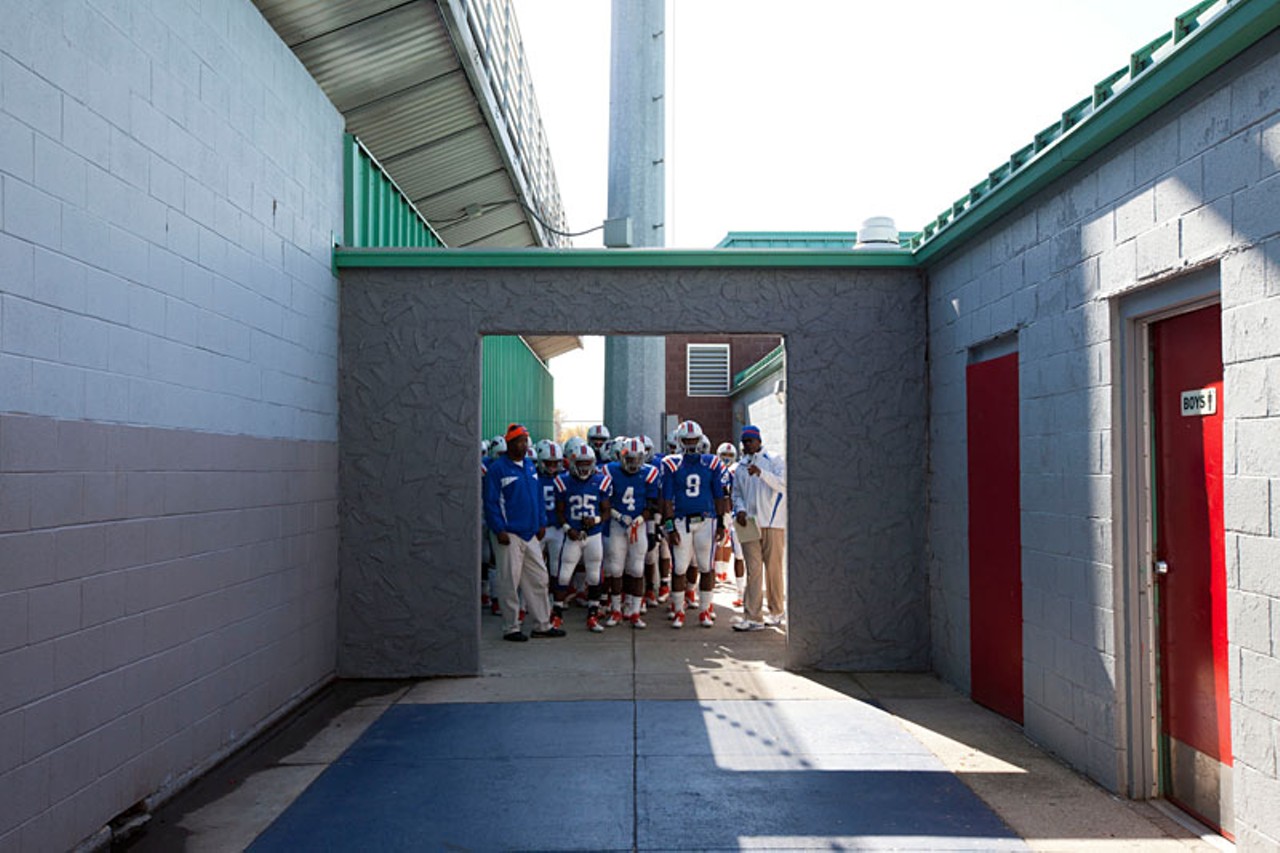 Jennifer Silverberg
Back in the in the '70s and '80s, close to a hundred kids came out for football each season. But things have changed. Nowadays Sunkett is lucky if he can field a 40-man varsity squad. 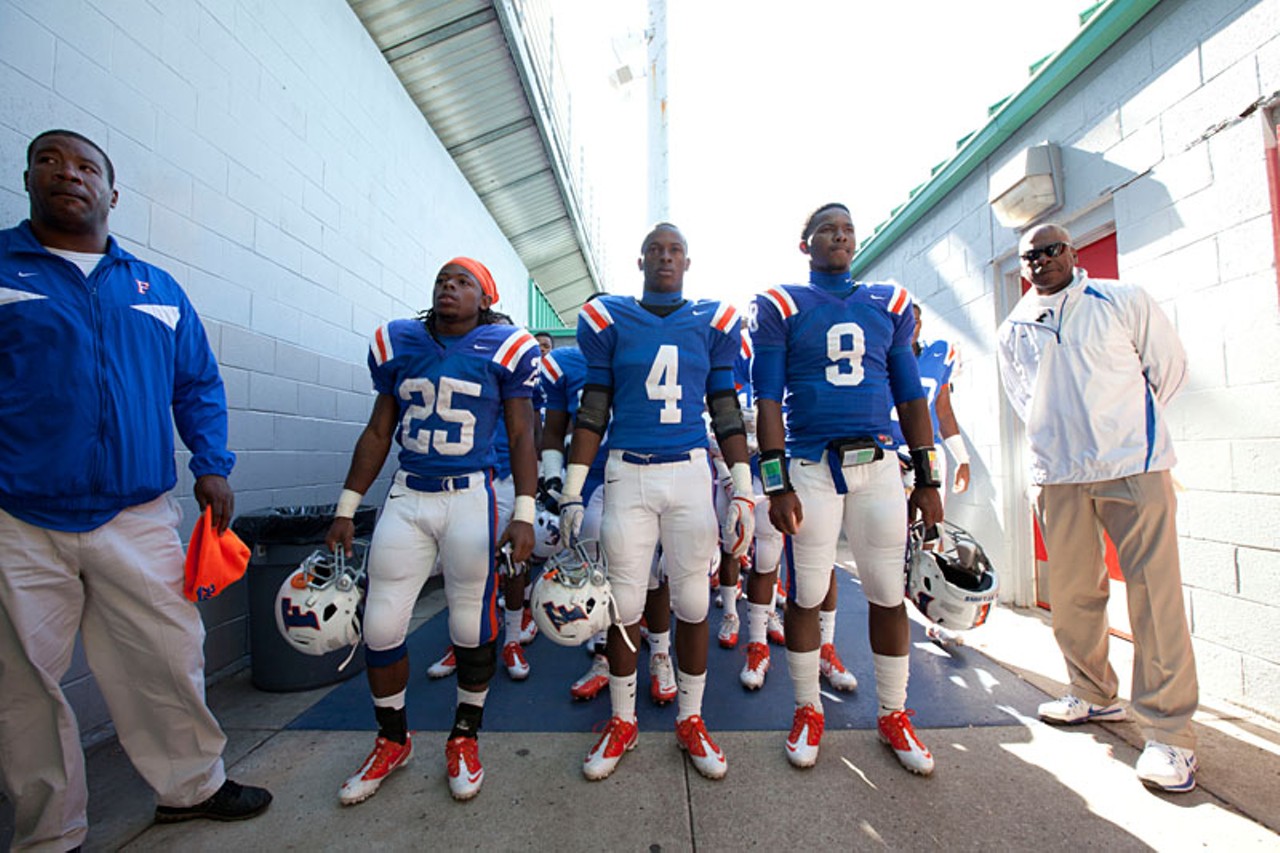 Jennifer Silverberg
Game faces all around as the Flyers head onto the field for their first round playoff game against the Granite City Warriors. 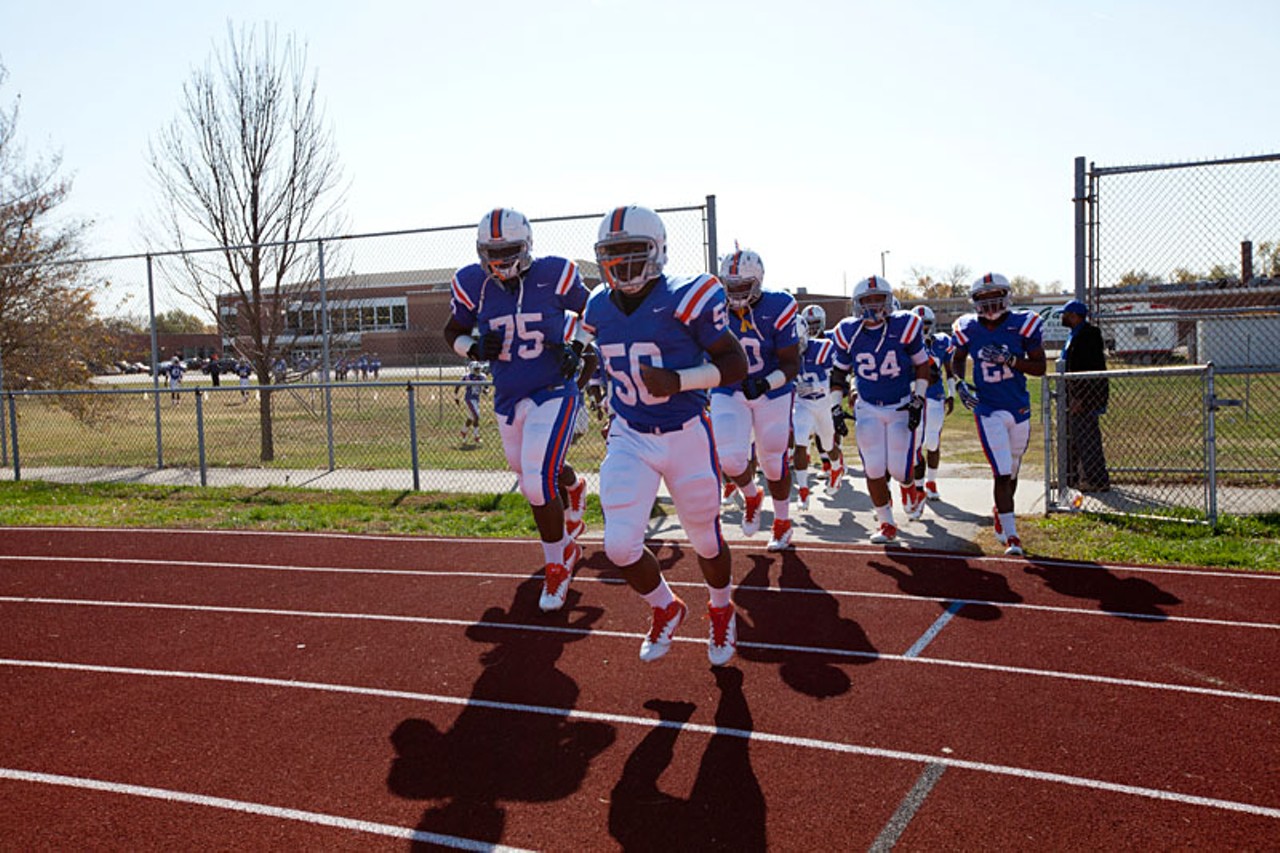 Jennifer Silverberg
In May the state took over School District 189 for the second time in twenty years, citing newspaper reports of patronage on the part of school-board members and the fact that only 9 percent of the high school's students meet state academic requirements.