There were no hockey-masked killers, but plenty of entertaining madmen showed up at 2720 Cherokee Street on June 13, 2014. Things got delightfully weird as March Fourth Marching Band and Hellzapoppin Circus Sideshow teamed up for a show of acrobatics, fire swallowing and crazy fun. 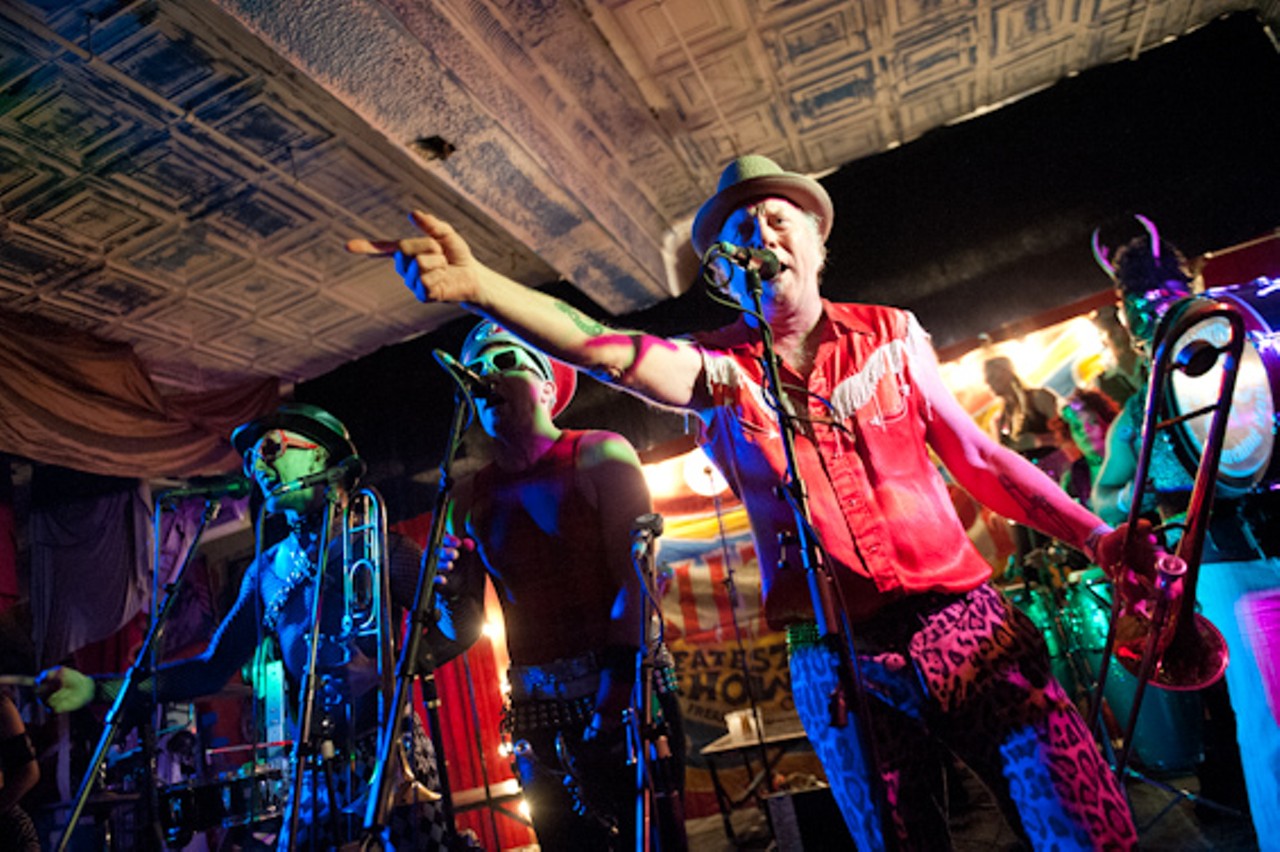