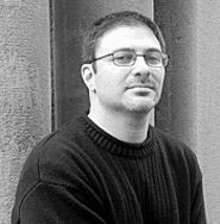 Writing a modern Christmas song is a harrowing task. Most songwriters take one of two routes: You can be sappy and overly precious, or you can be irreverent and cynical. The best songwriters, however, are able to combine the promise and wonder of the Christmas season with the crushing weight of modern life: war, loss of faith, addiction and so on. Just see Stevie Wonder's "One Little Christmas Tree," and the Pogues' "Fairytale of New York" for two perfect examples.

With all of these precautions in mind, St. Louis' own Geoff Kessell has released Holidazed, an EP's worth of Christmas wishes and New Year's resolutions. In the opener, "All Those Pretty Lights," Kessell sings of the difficulty of distilling the true meaning of Christmas with trite decorations, lights that will "never shine as bright/as a single star on a clear and silent night." It's a surprising bit of piety from someone whose cynicism is normally omnipresent, but it works. Elsewhere on Holidazed, things get a bit heavier with songs of humanity's ultimate failure and the impending doom of international conflict.

What does all this mean? It means that Geoff Kessell probably won't be the next Bing Crosby or Nat King Cole, but Holidazed should tide you over until Kessell's full-length, Funfair for the Drowning Man, is released next spring. And the best part of the whole ordeal? This holiday EP is free, free, free, and you can pick up a copy from the man himself when Kessell plays at Borders in Brentwood this weekend.