Get Busy Buying Physical Copies of Movies This Season 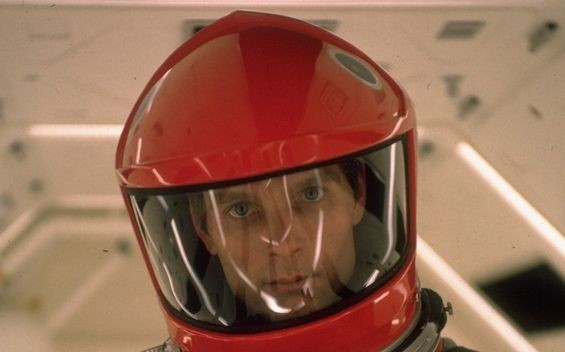 Get Busy Buying Physical Copies of Movies This Season

Call it Stone Age materialism, but I still think movies are worth owning in physical forms you can hold, shelve, and collect, and therefore worth giving as gifts. Fuck the Cloud -- who knows when Hulu will get sold to Google or when Netflix decides to narrow down its catalog to 16 shitty studio movies, or when somebody's licensing runs out, or when somebody just kicks a plug and the movies you were hoping to watch or rewatch just vanish. Not to mention, how far out are we from letting the internet just tell us what to watch, allowing us to select only between two different Marvel sequels and then insisting we suck its Cloud-schwanz out of gratitude for "convenience"?

You own a movie, or get one for Festivus, and it's fucking yours. Here're suggestions for givables this quarter. Get busy.

Stanley Kubrick: The Masterpiece Collection (Warner) A walloping Blu-ray box that encapsulates the Great Enigmatic One's one-of-a-kind career from 1962, with the rather un-masterpiece-ish Lolita, to the very end, meaning the Kube-incomplete Eyes Wide Shut (1999). In between are six of the most famous films of the postwar era, all of them beloved but also so troublesome, transportive, luxuriantly freakish, and unsolvable, that everyone remembers where they were when they saw them first, and how their feelings about them changed over time. Because they're so goddamn odd, The Shining remains the greatest film about writing, Dr. Strangelove the definitive statement on Swinging Dicks, and 2001: A Space Odyssey the most feverishly epic riff ever on...loneliness, as a critic friend once suggested to me? It's difficult to imagine what impact this set, playing on a big flat-screen, would have on an under-25 urchin as yet untouched by Kubrick's very peculiar genius. It's worth a shot: The whole kaboodle, with hardcover coffee-table book and the doc Stanley Kubrick: A Life in Pictures, among other souvenirs, costs less than a pair of mediocre radial tires.

Forbidden Hollywood Vols. 1 - 8 (Warner): Really, any handful of these four-film sets would be inspired giving, codifying as they do the snowballing fascination we're having, 80 years later, with the salacious, vampy, braless, vice-saturated universe of what's come to be genre-fied as "pre-Code." For decades these films -- talkies made between 1929 and 1934 -- were neglected at worst, relegated to consideration as technologically transitional product at best, but thanks to Film Forum, TCM, and our own stunned disbelief about what our grandparents were watching back in the day, they're now film history to be obsessed about. The movies in the new quartet, volume 8, are truly forgotten: the fast-jabbering Paul Muni newspaper comedy Hi, Nellie (1934), the startlingly sexed-up Norma Shearer romance Strangers May Kiss (1931), the gambling mania screed Dark Hazard (1934) with Edward G. Robinson, and Blonde Crazy (1931), in which James Cagney and the ever-underwear-less Joan Blondell cavort and crash-dive as con-art partners.

Les Blank: Always for Pleasure (Criterion) A comprehensive package of the work by the filmmaker Werner Herzog likes to think of the American Werner Herzog -- not a bad thumbnail, so long as you keep in mind Blank's rather unHerzogian disdain for dramatics and grandeur. Probably the premier surveyor of the all-American fringe land -- which is to say, most of America, in distinct and eccentric slices -- Blank died last year, capping a career of modestly and exultantly observing American culture as it ferments and thrives that spanned over half a century. This typically rich Criterion box delivers restored editions of Blank's homey, handmade, completely unpretentious features, featurettes, and shorts (conspicuously omitting his famous Herzog diptych Werner Herzog Eats His Shoe, from 1980, and 1982's Burden of Dreams), basking in the outskirts of regional music, ethnic cooking, outsider art, gap-toothed women, and much more. Each film is buttressed by new interviews (including Herzog appreciating the 1971 Cajun plunge Spend It All and the very real self-dentistry-with-wrench moment he stole for Stroszek), extra footage, and/or other films.

Fox Searchlight Pictures: 20th Anniversary Collection (20th Century Fox) Ordinary people don't care much which studio a movie comes from, and so the best way to address this lavishly mounted corporate-dependee self-suck crate of Blu-rays is to just tally up the bang for your buck. There are many Oscar winners you don't want to see again, but you get Boys Don't Cry (1999), Napoleon Dynamite (2004), Once (2007), (500) Days of Summer (2009), Crazy Heart (2009), Black Swan (2010), Beasts of the Southern Wild (2012), and 12 Years a Slave (2013), plus a dozen other even more well-seen titles, plus a feature-doc history of the mezzo-studio, nervily titled We Have Your Story.

Universal Classic Monsters: Complete 30-Film Collection 1931-1956 (Universal) A matinee-Gothic geek's reason not to go outside all winter, this trunk of discs contains all of the old genre standards, and absolutely all of their vampiric-invisible-manmade-lupine-mummified sequels, which includes the three Abbott & Costello farces that spelled their franchises' final death rattle, as well as overlooked launches of the absurd, like the Spanish-language Dracula, directed by George Melford (1931); the Nazi-battling hyperextension Invisible Agent (1942); the blissfully cheesy quickie by Rondo Hatton's primary caretaker, Jean Yarbrough, She-Wolf of London (1946); and all three Black Lagoon programmers. Tons of extras, commentaries, featurettes, etc., with the running time adding up to almost 2,900 minutes. Under a C-note.

Bill Morrison: Collected Works 1996-2013 (Icarus) Morrison has etched out a unique niche for himself in the Wild West of alternative cinema: as a found-footage archivist bent on wordlessly examining not only the past as it's captured on film but also how it vanishes with the decaying of the plastic medium itself. Like memories, Morrison's films are unreliable and mutated with time and entropy, and his feature debut, Decasia (2002), may be the most haunting movie about the inability to stabilize an image ever made. (The aging, and erosion, of celluloid ensured that somebody like Morrison would appear, but only when enough time had passed.) On five discs, this set includes Morrison's four features (including the magisterial Frankenstein retelling Spark of Being, from 2010), and 12 shorts, plus a booklet. It'll keep you up at night worrying about the impermanence of all things. Had for the price of an old-fashioned hardcover.

Jump to comments
« A Selfie Goes to War: In Point and Shoot, the Arab Spring is second to a nice American's journey   |   Might Break You: Unbroken is more about punishment than heroism »