After 70 years, St. Louis' beloved Parkmoor serves up its last meals -- with distraught regulars in attendance

By Wm. Stage [email protected]
click to flip through (2) 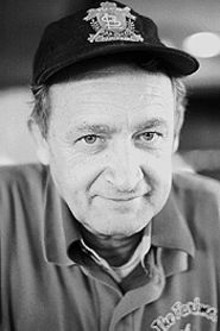 I'm kinda gonna miss this place a little bit," confides Orvill Guffey, busboy at the Parkmoor for 32 of his 52 years. Guffey would like to talk, but he's got tables to bus and condiments to replenish before the curtain closes. "I'll get another job," he manages to say, rushing off, "but it won't be in the restaurant business. I think I'd like to clean offices -- that'd be all right." One of the customers, Jim Heidenry, a breakfast regular, has volunteered to take the carless Guffey down to the employment-security office early the following week, help him file for unemployment benefits. Meanwhile, Guffey's got $11 to get him to Wednesday, some four days away, the day the employees get their severance pay. No idea whether the severance will be a few hundred dollars or a few thousand, or perhaps a wheelbarrow filled with onion rings.

It's Saturday morning at the Parkmoor, and the place is bustling with the frenetic activity of a disturbed ant colony: servers carrying huge round trays every which way, customers vying for coveted counter stools, cooks in the background flipping and frying. In fact, the joint is jammed to the walls, and customers are lined up outside waiting to get in. Mixed in with the regulars are the curious, the voyeurs, the boulevardiers, come to pay their last respects, for in one day the restaurant will close its doors after 70 years of operation. Another local landmark gone, ostensibly slated to be razed and rebuilt in the form of Stepford-wife pharmaceutical chain Walgreens. Bugger that, say friends of the old eatery on Big Bend Boulevard and Clayton Road.

"It's really sad," says Daniel Pearlmutter, a graphic designer whose sketch poster of Parkmoor employees on the job had been for sale in the restaurant's final days. "Everyone I've talked to is either very upset or deeply disappointed. And why not? Like the Arena, a cornerstone of memory is being removed, for the sake of business, if you will. This town is dedicated to destroying its unique institutions. It goes back to Gaslight Square. We ought to enclose the whole city in a giant mall with a few skylights and just be done with it."

Owner Lou Ellen McGinley, who inherited the restaurant from her father, has said that business at the Parkmoor has been "only a break-even proposition." Many find that as hard to swallow as a day-old biscuit. Too, there were disgruntled rumblings over the fact that McGinley held a series of promotional events in September -- a classic-car show in the parking lot, the raffle of a '57 Ford, vacation giveaways, all designed to whip up major nostalgia for the Parkmoor on the occasion of its 70th birthday -- and never mentioned a word to anyone about the impending sale of the restaurant.

"Oh, there's been talk for years," pipes up one portly diner perched on a counter stool. This inside information comes from Dorothy Grant. At 76, Grant has been coming to the restaurant regularly for 30 years. Though the native New Yorker loves the Parkmoor -- "I've introduced my five children to this place" -- she's not going to go into mourning when it's gone. "Things change all the time," she shrugs. "You go forward; you don't look back. It will be interesting to see what will happen. Anyway, she's talking about opening up another place, the Parkmoor Diner."

"It won't be as good as this," mutters an eavesdropping customer.

If the shuttering of the Parkmoor was heard on the grapevine, Millie Althen never got the message. The news, made public in mid-October, "was kind of a surprise" to the trim, bespectacled waitress, who worked weekday mornings behind the counter for 30 years. No mistaking her -- she looks like a librarian. What will she do now? "I've had a lot of lunch offers," she laughs lightly. "And you know, working women are 20 years behind in their housework."

It probably would have behooved a psychiatrist or professional counselor to pass out business cards in the final days of the Parkmoor. Some will definitely need therapy. Al Adams, a rotund 62-year-old laboratory analyst, picks at his chef's salad like a condemned man on the occasion of his last meal. "I'm ruined; I'm devastated," Al says dolefully. "I can't go on living. I thinking of doing myself in, getting cremated and then having my ashes spread in front of the bulldozer when they knock the place down."

"There's a few of us around here who would help you with that," counters manager Mike Geries, rolling his eyes.

Al pretends not to hear Geries' remark. "Can you really imagine what it's like to have eaten here three times a day for 50 years and then to learn the place will be gone? Can you even grasp the gravity of this situation?" He jabs his pal beside him, another counter regular, who's about to devour a juicy Kingburger. Great presentation there: two hefty burger patties, grilled to perfection, crowned with a dollop of slaw, cheese running down the side, grease soaking into the fresh warm bun. Is this not food of the gods? Is this not worth breaking one's diet for? "There's only one more day," moans Al, "only five more meals."

"Remember when they closed the psych ward at City Hospital?" asks Geries. "That's basically what this is. We're going to be turning out more crazies than Malcolm Bliss ever did, and that's both customers and employees. This is the only place I've ever worked where an employee has called in sick, saying she was possessed by demons."

The way Parkmoor closes is disconcerting. Little by little, item by item, the stores are exhausted. The fresh squeezed OJ is replaced by concentrate. The real butter is gone and only margarine left. The run on dwindling provisions is unrestaurantlike. One young man orders a malt and sits there waiting and waiting until no less than 30 minutes later he's told they're out of malt powder. How about a shake instead? On Sunday, at 11 a.m. Geries calls out, "Eighty-six breakfast, only burgers and sans from here on out!" One fellow rises from his stool, pats his satisfied tummy and proclaims, "I got the last sausage!"

The last sausage, the last onion ring, the last angelfood-cake sundae, the last customer scuffling out the door as the grill is shut down. The closing of the Parkmoor is not just a blow to diner-food aficionados; it represents the loss of a great hangout. People gathered under the familiar orange roof to eat and talk, read the paper, look out the big plate-glass windows at the world going by. Lots of folks had their first dates there. A native of India notes that he had his first cup of coffee in St. Louis there. And there are a million other stories like that. In terms of theaters, parks and schools, it was in the center of it all. Now, when giving directions to, say, Fontbonne College, instead of saying, "It's just north of the Parkmoor," we'll say, "It's just north of Walgreens." To which the reply will be, "Which one?"