Gwar Gets Growly at Pop's

Metal fans couldn't wait for GWAR to take the Pop's stage, craving the inevitable (fake) bloodbath that would follow. The costumed band happily complied, soaking the audience with a variety of fluids on October 29, 2014, while performing its trademark thrash metal. Decapitated and American Sharks opened the show.

GWAR, which has featured a rotating lineup of musicians over 30 years, lost its final founding member earlier this year when frontman Dave Brockie passed away.

See also:
- Gwar Frontman Dave Brockie, a.k.a. Oderus Urungus, Found Dead in Richmond Home
- Here's What a GWAR Super Bowl Halftime Show Would Be Like, According to GWAR 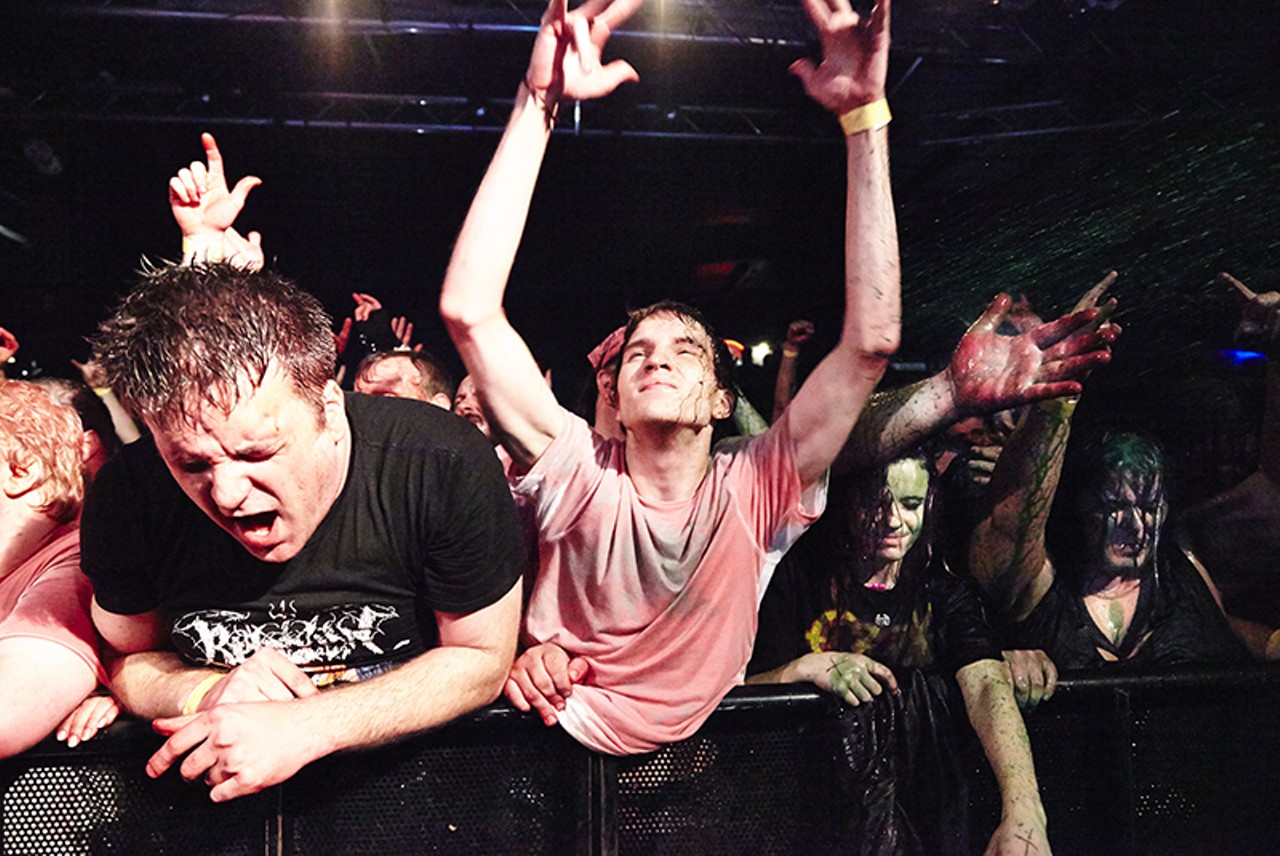