A former St. Louis school board member laughs off a racist diatribe 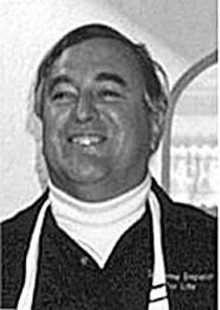 On December 16, 2002, Larry Handlin, a.k.a. the "Arch Pundit," posted a critique on his Web log (http://blogstudio.com/archpundit), labeling ex-St. Louis Board of Education members Thomas Bugel, Earl P. Holt III, Louis Fister and Shirley Kiel as "white supremacists." The four had served on the school board in the late 1980s and early '90s, after running on a platform opposed to forced busing.

"They often used the euphemism that they were anti-busing," wrote the 32-year-old Washington University graduate student, whose blog focuses on Illinois and Missouri politics. "But busing was only the most vocal issue they liked to talk about. Scratch beneath the surface, and they were and are simply racists."

For eleven months Handlin's post went unchallenged. But in the late-night hours of November 14, Earl Holt, who these days co-hosts the Right at Night program Fridays from 10 p.m. until midnight on WGNU (920 AM), plugged his own name into an Internet search engine, found Handlin's epistle and fired back.

"Beneath the shallow, nigger-loving dilettante that you are, you probably DO consider niggers to be your equal (who am I to question this?)," Holt wrote. "Yet unlike you and your allies, I have an I.Q. in excess of 130, which grants me the ability to objectively evaluate the Great American Nigro (Africanus Criminalis.)"

Holt proceeded on a profane spree, rattling off statistics that aimed to portray busing as a waste of money and African Americans as "criminal, surly, lazy, violent and stupid." He closed with this salvo:

"Some day, You sanctimonious nigger-lovers will either have to live amongst them ('nothing cures an enthusiasm for integration like a good dose of niggers') or else defend yourselves against them. My guess is that you are such a cowardly and pusillanimous lot of girly-boys, they will kill [sic] fuck, kill and eat you just as they do young White males in every prison system in the U.S. That's right: When defending this savage and brutish lot, you must also consider their natural (or should I say UN-natural) enthusiasm for buggery!

"I honestly pray to God that some nigger fucks, kills and eats you and everyone you love!" Holt concluded, then tacked on his home address along with a postscript: "I dare you to print this e-mail verbatim."

Handlin took the dare, posting Holt's vituperations in their entirety on his blog, which has seen a significant uptick in traffic of late. (The e-mail is also viewable in its entirety here.) And the following night, using a pseudonym, the Arch Pundit called Holt during his radio show and inquired about the caustic dispatch.

Fresh off a conversation with the previous caller about how "black voters don't matter," the normally bombastic Holt grew uncharacteristically flustered. "Earl got kind of liquored up the other night," he said, referring to himself in the third person. "I wrote [Handlin] a really poignant e-mail and I probably used the n-word about maybe twenty times too many.... And I was stupid enough to put my home telephone number on there too. And I dared them to put the letter on the Web page, which they apparently have....I didn't pull any punches, baby. I guess you could say I called a spade a spade."

James Buford, president of the Urban League of Metro St. Louis, is appalled.

"Holt's comments are repulsive, offensive and insulting," Buford says after being shown a copy of Holt's e-mail. "These are not the views of mainstream white America. His comments prove he's a white supremacist. It's a very sad day in St. Louis when a popular local station like WGNU would air the views of a racist. In light of this, the management of WGNU should review Holt's status on their station."

According to WGNU general manager Esther Wright, who says she caught wind of Holt's missive "from about five different people," that's exactly what the station plans to do.

"Normally, if it's not on the air, it's not something," says Wright, whose station prides itself on spanning the political gamut from one extreme to the other. "But in this case, he brought his name to the station. So it's definitely going to be dealt with. How, I'm not sure yet."

"That's awful," WGNU owner Chuck Norman says of Holt's comments. "To tell you the truth, I must say we've had these things come up periodically. But not that strong."

Holt, a Washington University graduate and Shaw neighborhood resident, did not return a half-dozen calls and e-mails from the Riverfront Times.

As the author of The St. Louis Veiled Prophet Celebration: Power on Parade, 1877-1995, Tom Spencer is well-versed in the idiosyncrasies of St. Louis' racial history. Spencer, a professor of history at Northwest Missouri State University, says Holt's e-mailed diatribe marks the surest step the former school board member has taken off the high-dive into the white-tiled pool of racism.

"He just went right off the deep end," says Spencer. "He calls him a Commie nigger lover -- my God! This is a guy [Holt] who was able to get himself elected to the St. Louis school board because he was smooth enough. So he's been careful in the past."

An avid blogger himself, Spencer is familiar with the Arch Pundit site. "[Handlin] was saying the obvious statement," Spencer says of Handlin's original critique. "These people are white supremacists."

By "these people," Spencer means the aforementioned anti-busing quartet, along with Holt's radio co-host Baum. A lawyer by trade, Baum runs the St. Louis-based Council of Conservative Citizens (CofCC), a national advocacy organization that "opposes government sponsored race preference programs" such as affirmative action and "stands against the tide of nonwhite, Third World immigrants swamping this country." Holt serves on the CofCC's national board of advisors.

Like Holt, Baum bristles at the "white supremacist" label and dismisses his co-host's vitriolic screed as a booze-fueled miscalculation.

"The strong language shows a lapse in civility but doesn't paint him as a white supremacist," says Baum. "It doesn't sound like Earl. He must have been imbibing when he did that. As far as the rhetoric is concerned, I don't go along with that."

Presumably, however, Baum does go along with the content of the songs, labeled "Carols for a Diverse Holiday Season," that scroll past when one alights on the CofCC's St. Louis chapter's Web site (www.galilei.com/stl/cofcc). Three of the "little ditties," as Baum refers to them, were penned by Holt under the byline "E.P.H." One, "A St. Louis Kwanzaa," begins:

'Twas the night before Kwanzaa, and all through the hood

The Negroes were restless and up to no good

Lookouts were posted at each corner with care

Fumes of Mad Dog and weed floated strong through the air

While addicts shot smack with nary a care

In hopes the Kwanzaa bunny would visit that night.

The Crips and the Bloods made their holiday peace

Vowing in common to F*** the Po-Leece!

Jump to comments
The Many Moods of Blake Ashby »