Hartmann: Missouri Politicians Finally Trust the Locals With Something 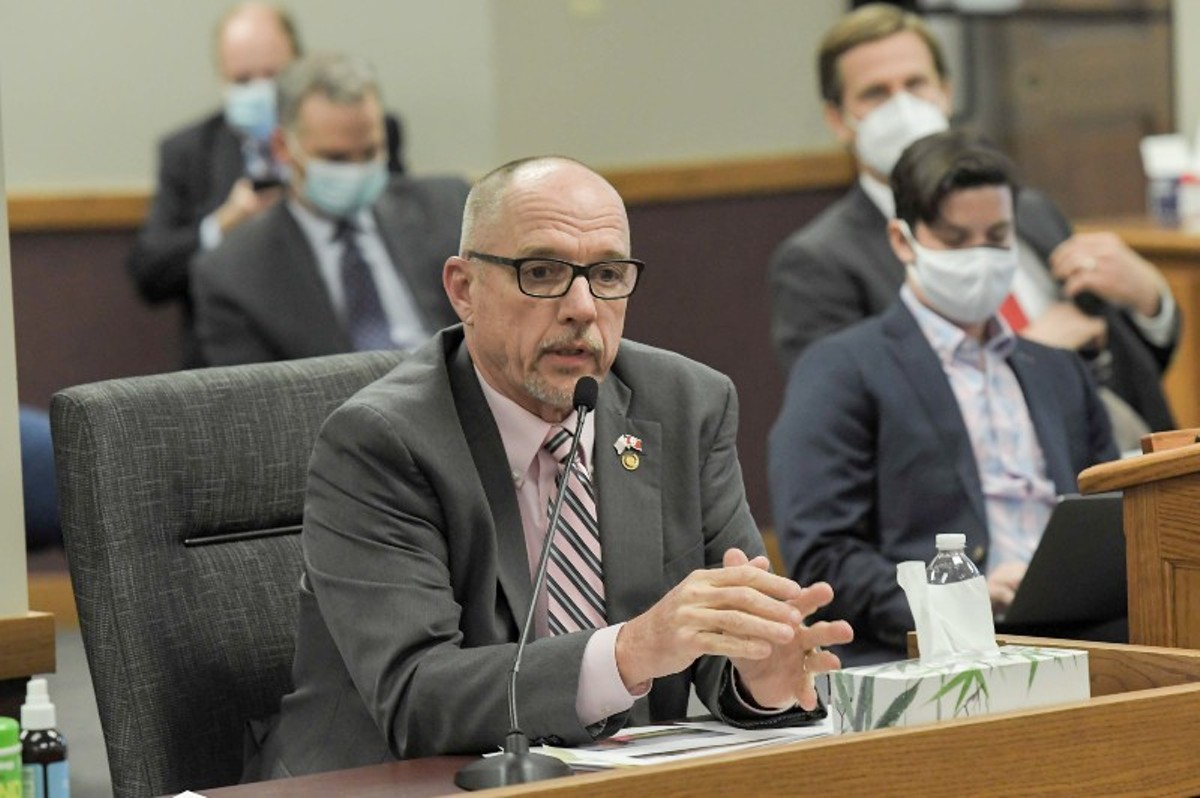 The nice people who run state government in Missouri have concluded that smaller public entities can no longer be trusted with the big stuff.

Local governments, officials and law-enforcement agencies cannot be trusted to enact any rules regarding firearms.

Local prosecutors cannot be trusted to make decisions about who to charge with crimes. (Well, at least not if they happen to be Black, female and viewed by white folks as uppity.)

Just this past week, the don’t-trust list grew again. Now, local school districts cannot be trusted to determine the curriculum that’s taught to students, at least not when it comes to the subject of race.

The chairs of the legislature’s two Book Learnin’ Committees have demanded that Governor Mike Parson call a special session to address the scourge of “critical race theory.” Their concerns: “It’s going to rile up our Negroes” and, “It’s going to destroy our nation’s Anglo-Saxon heritage.”

OK, those are not precisely the words used by Reps. Chuck Basye, R-Rocheport and Cindy O’Laughlin, R-Shelbina, at least not publicly. They’re more like what they were thinking. These two are the perfect spokespersons for endangered Caucasians in Missouri.

In 2015, Basye was accused of saluting the Confederate flag while dedicating a tombstone to Confederate soldiers buried on his brother’ farm, although he did deny knowing what a Confederate salute was. As for O’Laughlin, it is important to note — in observance of the new political correctness on the right — her racist tweets should never be cited to imply that she herself is a racist.

Basye and O’Loughlin are hardly alone in having discovered the existential crisis of exposing our public schoolchildren to the wrong sort of messaging. It’s the national talking point du jour among Republicans, albeit one that has special meaning here in Missouri: Left unchecked, liberal educators will be telling our kids that there were not “many fine people on both sides” of the Dred Scott decision.

To be fair, Missouri Republicans are just dummies mouthing the culture-war words authored by the ventriloquists at the American Legislative Exchange Council. These are the national folks whose whispered motto — “we do the thinking” — pretty much accounts for why ALEC is the source of a fair percentage of GOP legislation in Missouri.

To the extent Missouri Republicans have evolved a philosophy of their own in recent years, it is this: Government closest to home is best, but only when the subject is federal policy, in which case that refers to “states’ rights.” As for matters of state government, it turns out, government closest to home is worst. You see, as one state senator explained to me, cities, counties and other public subdivisions were merely creations of the state government and thus must be regarded as totally subservient.

If that worldview seems comically inconsistent and otherwise meritless, well, that’s because it is. But there are exceptions to the rule, instances in which state politicians are actually willing to defer to local authorities and to respect their autonomy.

You know. Like when it comes to paying for stuff. The most recent example came forth through a mild-mannered state audit of education spending. The report — entitled “Elementary and Secondary Education Funding Trends” — gently suggested that Missouri’s state government is “consistently lower than the national average” in its financial support of education. The situation is worse than that. The state audit cited the National Education Association's (NEA) Ranking of States and Estimates of School Statistics as its source. It found that Missouri ranked 49th among the nation’s 50 states in per-pupil dollars.

That 49th place number — attributed as a finding of State Auditor Nicole Galloway’s office — was duly reported by media around the state. But it turns out — from merely visiting the most recent NEA report — that these numbers don’t quite reflect Missouri’s true stature.

Yes, here’s your breaking news, such that it is: Missouri ranks 50th out of 50 states in the percentage that its state government contributes to public education among all sources of revenue. Not 49th place.

The state audit had cited NEA numbers that it turns out were from 2018-19 rather than the recently published 2019-20 numbers. Using Table C-4, the audit referenced Missouri’s state share of 32.1 percent as ranking in 49th place. New Hampshire had edged out the state for last place at 31.2 percent.

Perhaps the updated numbers weren’t available at the time the state audit was compiled, but they are now. And yes, Missouri’s new ranking for 2020-21 — from the same NEA source — shows our state has slipped below New Hampshire to last place, with just 30.7 percent of state and local revenues coming from the state. There’s also another point worth noting. A better snapshot of the state’s pathetic abdication of responsibility is found in Table F-4 of the NEA report, which takes into account the federal share spent on the states’ education budget. That’s more accurate, and in Missouri’s case, makes things worse.

Using Table F-4, Missouri state government spends just 29.8 percent of the total from all sources, as compared to a national average of 46.7 percent. For those keeping score at home, that translates into Missouri spending a staggering 36 percent less than the average state in its contribution to public education.

No matter how one scores it, the state’s failure to support public education is scandalous. Just one example was contained in another part of the NEA data, not referenced in the state audit: Missouri’s public teachers rank 45th among the 50 states in salaries. Now that’s really smart.

So it turns out the state auditor was guilty of understatement with this finding: “Missouri school districts consistently rely on local funding at a significantly higher rate than the national average.”

You want significance? Here’s significance: The same state politicians who are so high and mighty when it comes to disrespecting the judgment of local governments and their citizens might want to consider looking in the mirror.

To the extent a case can be made that Missouri isn’t all that well educated, the problem starts at the top.