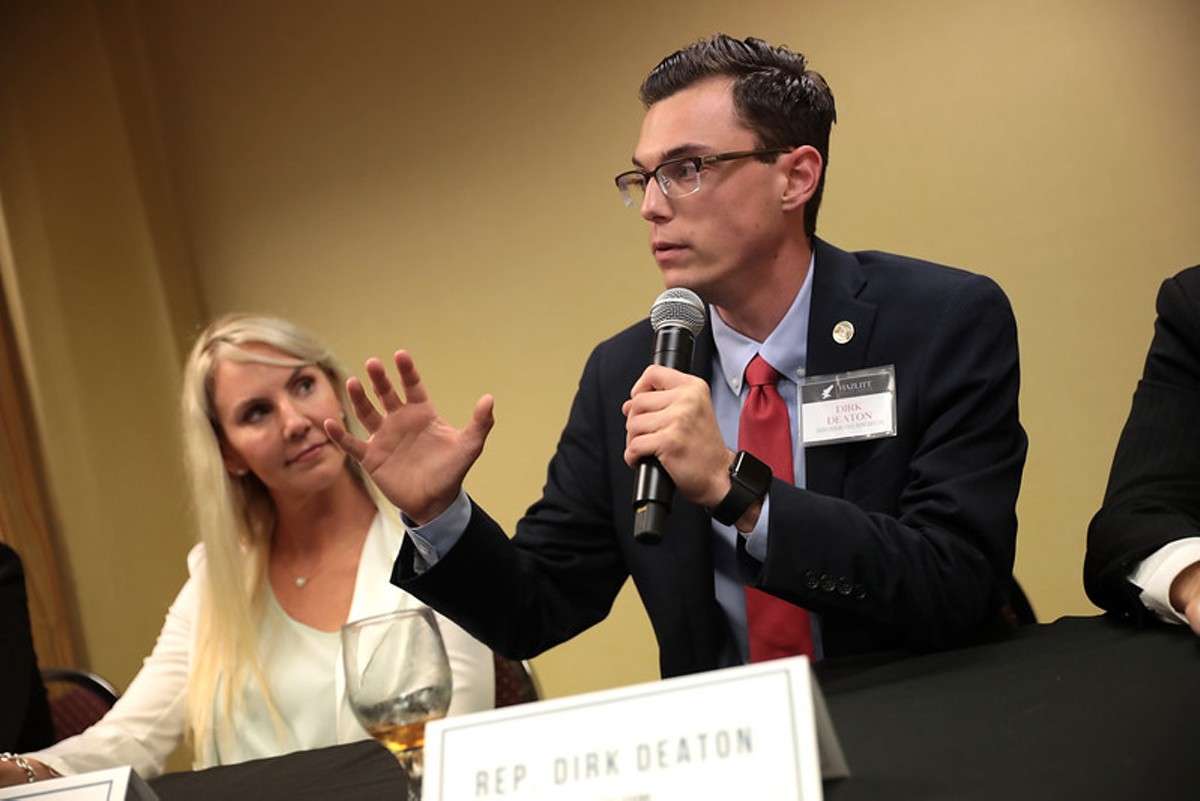 Ever since Hillary Clinton deplorably deplored deplorables, we big-city cultural elitists have understood the importance of treating voters in places like rural Missouri with the greatest respect.

In that spirit, let us be humbled by the wisdom of rural Missouri legislators as they explain a recent folly of ours. Last August, bolstered by the votes of urban elitists, Missouri presumably enacted an amendment to the state constitution that expanded Medicaid coverage.

Here’s what we thought happened, albeit as reported by urban elitists at NPR.

“Despite strong opposition from Republicans and rural voters, Missouri on Tuesday joined 37 states and the District of Columbia in expanding its Medicaid program. Voters in Missouri approved creating a state constitutional amendment that will open Medicaid eligibility to include healthy adults starting on July 1, 2021. Voters approved expansion by a vote of 53.25% to 46.75%. A total of 1,263,776 voters weighed in on the measure.”

What we elitists were not smart enough to realize at the time was that constitutional amendments don’t matter. At least not those that impose elitist, socialist schemes like ensuring health-insurance coverage to an additional 275,000 low-income citizens with annual incomes up to $17,744 for an individual and $35,670 for a family of four.

Wise politicians from rural Missouri didn’t feel obligated to accept that sort of leftist result. What’s next, feeding hungry people? And if you’re wondering why rural politicians feel empowered to ignore the state constitution, remember this: Only an elitist would wonder about that.

Sure, no one has legally challenged the validity of the amendment since it was passed. And no one has proposed another amendment to cancel it out.

But with the aplomb of lawmakers certain that they are not governed by any stinking constitution, the Republicans voted last week just to assume it didn’t happen. The House budget committee voted to gut a $1.6 billion funding program — overwhelmingly paid for by federal dollars — by a party-line 20-9 vote.

“Missourians in rural counties overwhelmingly voted ‘no,’” said Rep. Sara Walsh (R-Ashland). “I don’t believe it is the will of the people to bankrupt our state.”

Walsh, who represents rural areas between Columbia and Jefferson City, showed an impressive command of caps lock on Twitter.

“Today, I voted NO on Medicaid expansion (HB 20). This is a MASSIVE expansion of welfare,” she wrote. “HB 20 is a $1.8 BILLION dollar bill in FY 2022 alone. We MUST make wise decisions today so we don’t leave a nightmare for future generations of Missourians.”

Three days after the vote last August, Walsh had told a Jefferson City TV station, “I express concerns. At this point, the voters have spoken. We need to find that money from somewhere.”

But what kind of elitist would bring that up? Besides Rep. Ed Lewis (R-Moberly), who technically represents a small urban area but, in deep-red rural Missouri, was just as direct in explaining why the state constitution didn’t matter.

“The majority of voters in his rural district voted against the idea in August, so he would do the same in the Capitol,” reported the Springfield News-Leader.

And in a rather novel new interpretation of democracy, Lewis declared that despite the fact that 53 percent cast ballots in favor of Medicaid expansion, the number did not amount to a majority of Missouri’s eligible voters or population, according to the Kansas City Star.

Speaking of Kansas City, it should be noted that not all of the Republican opposition came from rural areas. From one of its suburbs, Rep. Doug Richey (R-Excelsior Springs), said the more than $100 million in state money budgeted this year would be better spent improving services for people with disabilities and averting a “fiscal crisis” of state-supported nursing homes struggling to pay a rising minimum wage.

“For me, it is a very easy decision to make when I look at prioritizing those who are most vulnerable,” he said. Apparently, it was even easier than following the state constitution.

Still, the best anti-Medicaid wisdom came from rock-solid rural Missouri and Dirk Deaton (R-Noel), vice chairman of the budget committee. Falling back on a classic dog-whistle argument, Deaton decried the existence of Medicaid: “It is to give free health care, government health care, to able-bodied adults who can do for themselves.”

Better than that, in a moment of logic for the ages, Deaton explained that if Missouri obtained more federal funds by expanding Medicaid, it would expand the national budget deficit. Deaton strangely argued that by refusing to appropriate the Medicaid money — and thus triggering the return to Missouri of some of the hundreds of millions of dollars state taxpayers have sent to Washington — Missouri could instead help control the federal debt.

Sure, that direct quote from the Joplin Globe evoked Bluto from Animal House, in every sense. But you’ve got to love it. It’s the sort of political comedy gold that should bring urban and rural people together.

One other note about Deaton. His hometown of Noel, population 1,817 — on the very tip of southwest Missouri at its Arkansas and Oklahoma borders — had an astonishing 38.2 percent of its population living in poverty as of 2019, according to city-data.com. That’s roughly twice the poverty rate of the city of St. Louis.

You don’t suppose anyone from Deaton’s hometown could use Medicaid expansion, do you?

That said, consider what Kaiser Health News described last November. During the height of the COVID-19 pandemic, guess what was causing urban-elitist hospitals to overflow with gravely ill patients?

Why yes, it was a giant influx of rural patients who had learned the hard way that exercising the freedom not to wear masks came with a price. No worries, though. Urban-elitist hospitals were there for them, per KHN:

“Dr. Rex Archer, head of Kansas City’s health department, warns that capacity at the city’s 33 hospitals is being put at risk by the influx of rural patients.

“‘We’ve had this huge swing that’s occurred because they’re not wearing masks, and yes, that’s putting pressure on our hospitals, which is unfair to our residents that might be denied an ICU bed,’ Archer said.”

Unfair? Why, that comes off as awfully elitist and judgmental, doesn’t it? Besides, by having been willing — in a health emergency — to turn shamelessly to the very urban areas for which they’d deny health dollars, rural residents showed us what Hillary never understood.

They’re smarter than us.