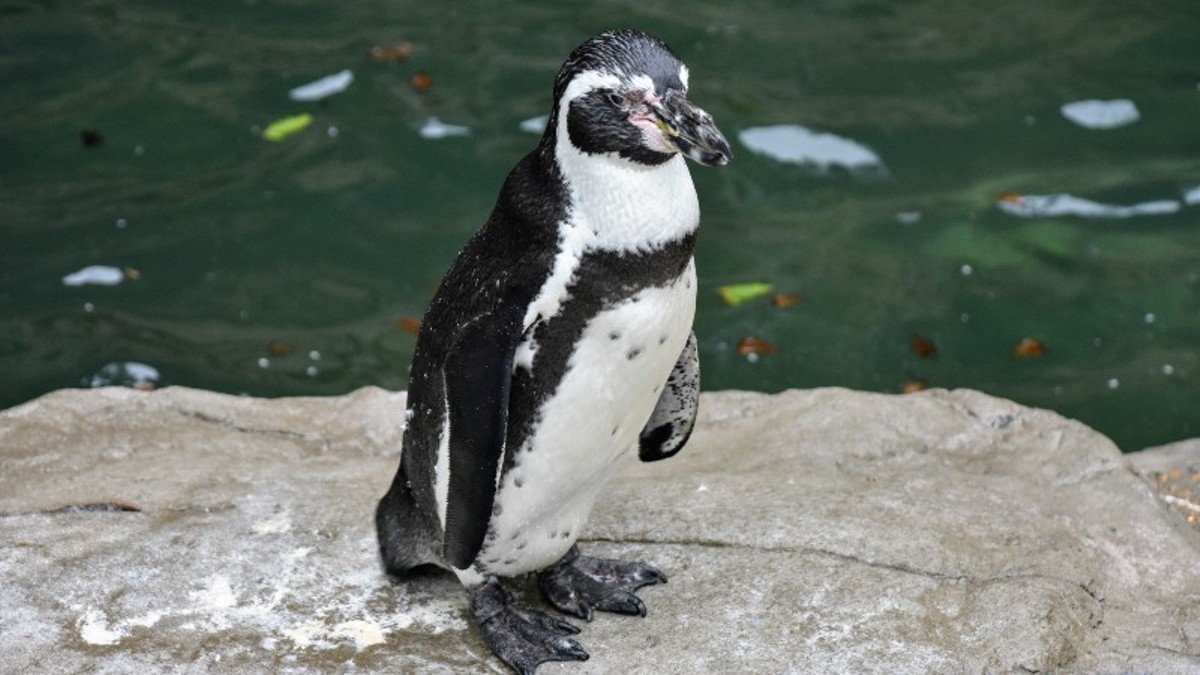 Imagine if the Saint Louis Zoo permanently closed its website and email accounts. And it didn't permit cell phones and digital cameras on the premises. And payment at concession stands was limited to cash and checks, with just a few major credit cards accepted, if they could be swiped manually.

Does that sound like a zoo that might be out of touch with present-day reality? Well, before you snicker at 1970, consider this: That scenario is no more out of date than St. Louis' approach to tourism as it applies today to the zoo and a few of its other cultural institutions.

In 2021, St. Louis prides itself as offering the world a free zoo, just like it did a half century ago. But a funny thing happened since leisure suits and bellbottoms were all the rage: Tourism exploded as a multi-billion-dollar revenue source for metropolitan areas across America.

St. Louis, sadly enough, has decided to sit that one out. That's particularly noteworthy since the Saint Louis Zoo just pulled off quite a coup, luring Dwight Scott, director of the famed San Diego Zoo, to replace Jeffrey Bonner, its retiring leader.

Like St. Louis, the San Diego Zoo benefits from a sizeable amount of property taxes that support it — some $18 million, according to its 2018 annual report. That compares to roughly $22 million for the same period in St. Louis. Like St. Louis, its annual attendance (not counting the pandemic period) hovers around the 3 million mark: San Diego welcomed 3.2 million visitors and St. Louis 2.9 million visitors in 2019.

That's where the similarity stops. Today, the admittance price to the San Diego Zoo is $62 for ages twelve and older, $52 for ages three to ten. For St. Louis, that would be zero and zero.

As a result of the latter, St. Louis is irrationally and irresponsibly forgoing tens of millions of dollars annually — mostly from tourists — that it simply cannot afford to pass up. I fully realize that's heresy to many in St. Louis, where the "free zoo" is such a symbol of local pride. But this isn't 1970 anymore.

Consider some history. And some present-day cold reality.

Back in 1970, the idea for a Zoo-Museum District (ZMD) was hatched that would bring together the city and county as funding sources to support — and solidify the future — of the zoo and Saint Louis Art Museum in Forest Park and a struggling science museum in the county. It would be funded by a new property tax collected in both jurisdictions.

A spirited battle ensured between city and county state legislators. Those from the county were especially concerned that their residents would suffer a double whammy if they agreed to the new tax, only to have the institutions turn around and start charging admission on top of it.

A grand compromise was masterfully engineered by civic leaders, shepherded by Representative Charles Valier, a young state legislator from the city. Compromise language was inserted in the state law creating the ZMD: The institutions would remain "forever free."

So it came to pass that St. Louis made an eternal commitment to the noble mission of never charging the public admission to its zoo. It applied to the other institutions as well, but then and now it was all about the zoo.

This was not all that big a deal in 1970. Very few zoos charged admission at the time, and the ones that did collected nominal amounts at the gate.

It's important to remember that tourism revenues were not much of a thing for governments back then. As an example, the Missouri Tourism Commission — on which I served for two years in the '80s — wasn't even established until 1969.

It wasn't all that much of a sacrifice to forego zoo-admission revenues in 1970. This was a political compromise between some politicians jockeying over fiefdoms and local interests. No wars had been fought over the right to enter zoos for free. This was not an organizing principle of democracy.

It did turn out that the ZMD was a brilliant idea. What started as about a $1 million property-tax initiative has expanded to a $75 million funding engine providing incredible community support and stability for the original institutions and two more that would be added: The History Museum and Missouri Botanical Gardens.

It works. It's great. But it's as outdated as waiting for Saturday cartoons to come on the family TV.

Since 1970, zoo admission has become a multi-billion-dollar revenue source where once it was a trickle. The Association of Zoos and Aquariums reports that some 181 million people enter its institutions annually, "more than NFL, NHL, NBA and MLB games combined."

With rare exceptions like St. Louis, these people pay stout prices to visit zoos — typically ranging from $12 to $25 for adult and kids older than twelve, and $8 to $12 for kids two to twelve. The world has changed. Zoos have become a major revenue center for American tourism.

But not in St. Louis. In 2019, no fewer than 39 percent of those visiting the Zoo lived outside the St. Louis area, according to its statistics. Only 37 percent of zoo visitors are from the county (27 percent) and city (10 percent). The remaining 24 percent came from the counties St. Charles, Jefferson and Franklin in Missouri and St. Clair and Madison in Illinois.

That means there were nearly 1.1 million visits from tourists outside the area. That number could have generated $15 million to $20 million in found money to the zoo at minimum, all with no opportunity cost to the region's economy.

Those numbers are not precise. It can be argued that some visitors would stay away if they had to pay. But does anyone think the world-class Saint Louis Zoo isn't worth paying for? If anything, it should fetch a higher ticket price than other zoos, so the estimates might be conservative.

To be clear, I believe the zoo should remain "forever free" for the city and county residents who support it so generously with their property tax dollars. They should be able to bring in a reasonable number of complimentary guests as well.

The deal in 1970 was forever free. But it was intended to protect residents from being double-dipped, not to provide a gratuitous gift to the entire world. Remember, there were no tourism billions generated by zoos back then. Had there been, the legislators in Jefferson City would have had a very different discussion.

There's also the change in local structure to consider regarding the ZMD. When the tax was created, the combined city and county accounted for 85 percent of the people in the core seven-county region. Today, that number has shrunk to 51 percent. If you use the Census Bureau's fifteen-county definition, city and county residents represent less than half of the area (46.3 percent).

At this point, however, the ZMD argument is for another time. The low-hanging fruit is that the zoo needs to begin embracing 21st century principles — with the other ZMD institutions then free to follow — and start charging tourists for tourism.

Anything less is as useless as that wall phone.