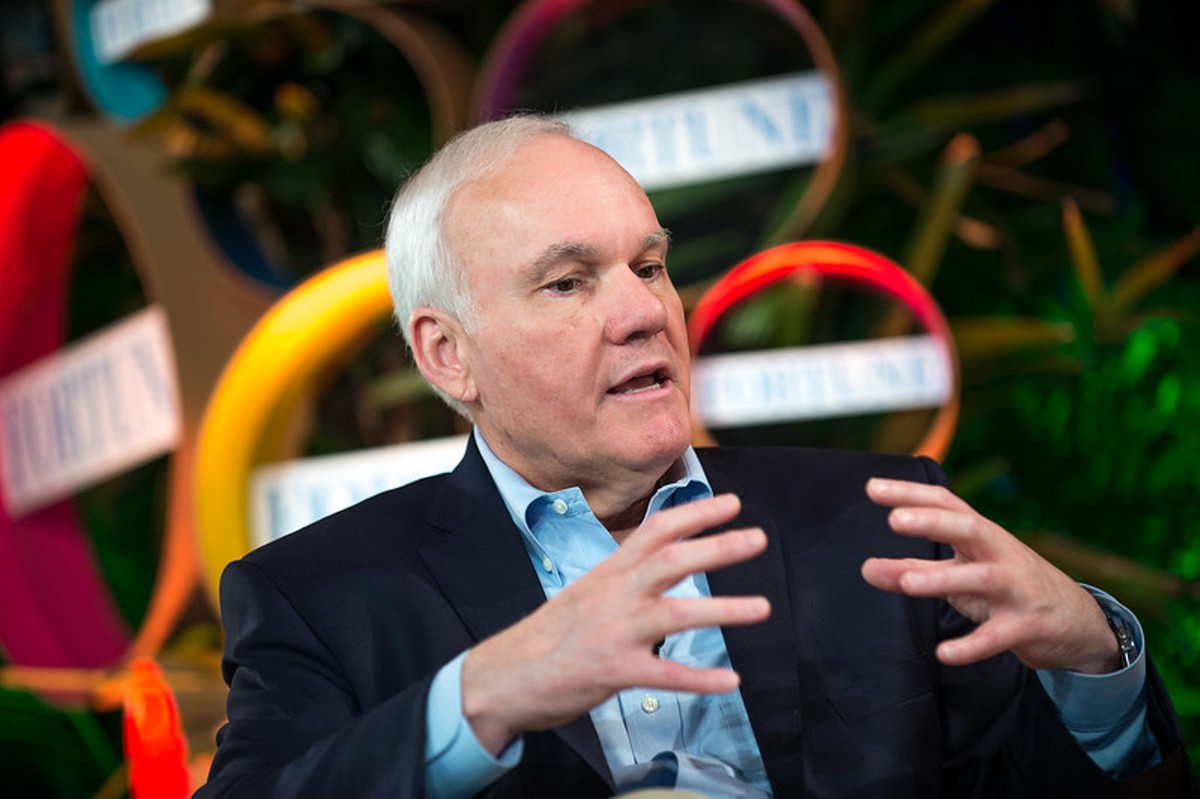 For a brief shining moment, transformation hung in the air.

The St. Louis business elite had stunned the community last October with news that almighty Civic Progress was no more. Once sacrosanct, the league of the area’s largest companies was now but one of five civic groups folded into one shiny new thing.

In the unveiling, Andy Taylor, executive chairman of Enterprise Holdings, spoke strange new words: “We've got to up our game here. It's very apparent that some of these other cities [in the Midwest] are ahead of us.”

This was not your father’s civic father. Billionaire humility had previously not been a thing in St. Louis. So folks soaked up these words delivered by Taylor, the town’s most esteemed mogul by a mile:

“Doing this gives us one voice, gives us more focus. It will force us to make an agenda of things we need to get done. We’re off to a very good start. There’s not been one person, one entity that’s said this is a bad idea. It’s like everyone had this collective epiphany.”

At last, one large, overriding group — an honest broker, above the fray — with the vision to lead the St. Louis region as a fifteen-county juggernaut with a new sense of unity. Diversity would replace uniformity. Transparency would replace secrecy. Collaboration would replace tribalism.

“Perhaps St. Louis can develop the needed attitude to become more like a growing Atlanta than a shrinking St. Louis. That would be nice,” said one gullible fool in the media. But enough about me.

Despite the high hopes, a funny thing happened on the way to paradise: Greater St. Louis Inc. didn’t turn out to be such an honest broker after all.

Its intentions might remain pure enough, but ten months into the noble experiment, it functions pretty much of, by and for the same Old Guard it ostensibly supplanted.

To be sure, Jason Hall, the group’s dynamic young CEO, has brought energy and fine messaging for the business community on topics ranging from Medicaid expansion to vaccines to Afghan refugees. But to that essential mission of pulling together St. Louis with one voice? Not so much.

There was a key design flaw. Rather than amalgamating five civic organizations, Greater St. Louis Inc. brought together four nonprofits and one very underestimated for-profit component: Arch to Park.

Few people could see that coming. Hall had founded Arch to Park in 2018 as a not-for-profit LLC supported by a for-profit real estate investment fund featuring some of St. Louis’ most powerful people and institutions. Technically, this wasn’t a secret, but it flew so far under the radar that hardly anyone noticed.

Arch to Park was the square peg in the round hole. The four nonprofits — Civic Progress, Downtown STL Inc., St. Louis Regional Chamber and AllianceSTL — were blended into another nonprofit. But Arch to Park, its name sounding like some environmental group, was green in a different sort of way.

Arch to Park was the key to forming Greater St. Louis. It was aptly described in the St. Louis Business Journal as “the group driving St. Louis’ civic mega-merger.” Hall assumed the same top-executive role he had at Arch to Park and brought along most of his talented team to run it.

Arch to Park did all manner of good work, and much of that will be carried on by Greater St. Louis Inc. But its real-estate fund was strictly defined as a city-only enterprise. That isn’t consistent with the regional mission of the mother ship.

Neither is this: Greater St. Louis Inc. continues to maintain a troubling relationship with the private, for-profit and powerful real-estate fund now known as the Arch to Park Equity Fund, LLC.

It is both absurd and inappropriate for the “honest broker” to have any special mission in one of those fifteen counties it shepherds, no matter how important that mission might be. Or perhaps because that mission is so vital. Yet that’s exactly the state of play today with Greater St. Louis’ seeming obsession with real estate deals in the urban core.

What is the message to those not in the urban core? That would include officials throughout the surrounding cities and counties, advocates of those parts of the city that so far have escaped the attention of the fund and developers who might like to compete with its projects, for starters.

By its very smart definition, Greater St. Louis Inc. must project and maintain its neutrality, in reality and in appearance. But that’s not happening here.

Why no cries of outrage? That one’s easy: It turns out this isn’t just any old fund. The Arch to Park Equity Fund LLC has some familiar faces — truly esteemed ones — rendering the transformation not so transformational. If I might channel lyrics from The Who, they go like this: “Meet the new boss. Same as the old boss.”

Mandatory St. Louis disclaimer: Yes, these are wonderful people and institutions who have done — and continue to do — wonderful things for St. Louis. And no, we should never stop appreciating their contributions. But when it comes to protecting their business interests, they are all business. They need not be worshipped as untouchable in that regard. And no, they’re not petulantly going to take their largesse and go elsewhere just because someone dares say a critical thing.

Tony Wyche, spokesman for Greater St. Louis Inc. — and by default, the fund — said its investments are legally limited to the border of the city. He declines to describe the inner workings or ownership shares of the investors.

Wyche did push back strongly against the notion that Taylor or anyone else has a controlling interest, despite multiple sources telling me he has contributed a significant portion of the $190 million it has reportedly raised. But the fact that the details are none of the public’s business rather says it all.

Hall told me that Greater St. Louis Inc. merely gets reimbursed at cost for the time and work of three full-time real estate professionals and, yes, when he’s involved in deals, Hall himself. (Far be it from me to manage the CEO’s time, but why would he be piddling in that?) Wyche stressed that Greater St. Louis does not own the fund and thus does not make a dime off it.

Talk about a distinction without a difference. Yes, let’s be clear: This is NOT a real estate side hustle. It just looks and feels like one, and appearances matter.

And I’m not buying what they’re selling. If this is such a civic-minded sacrifice, why wasn’t the Arch to Park Equity Fund LLC set up as a nonprofit? And why can’t it take some of that $190 million and hire its own management team?

I am told I just don’t get it, that this is all benign and selfless. These companies are providing “patient capital,” supporting real estate efforts of strategic importance to the community that might not be feasible through the normal workings of the market. And they’re doing it civically, for a piddling return on investment well below market rates.

I don’t question the sincerity with which that message is delivered. But I don’t believe the message.

For Greater St. Louis Inc. to have anything to do with this private investment fund is unacceptable. It blows up any happy talk about regionalism and transparency.

Major chambers of commerce should be in the business of promoting and advocating business, not doing it — or managing it — themselves. That’s transactional, not transformative.

They’ve got it backwards. Which, not coincidentally, is the direction St. Louis continues to head.

Jump to comments
« Hartmann: Insurrectionist Josh Hawley Builds His Brand   |   Hartmann: Eric Schmitt Would Kill To Be Your Senator »