Hartmann: Time to Divvy Up the NFL Bounty — What Could Go Wrong? 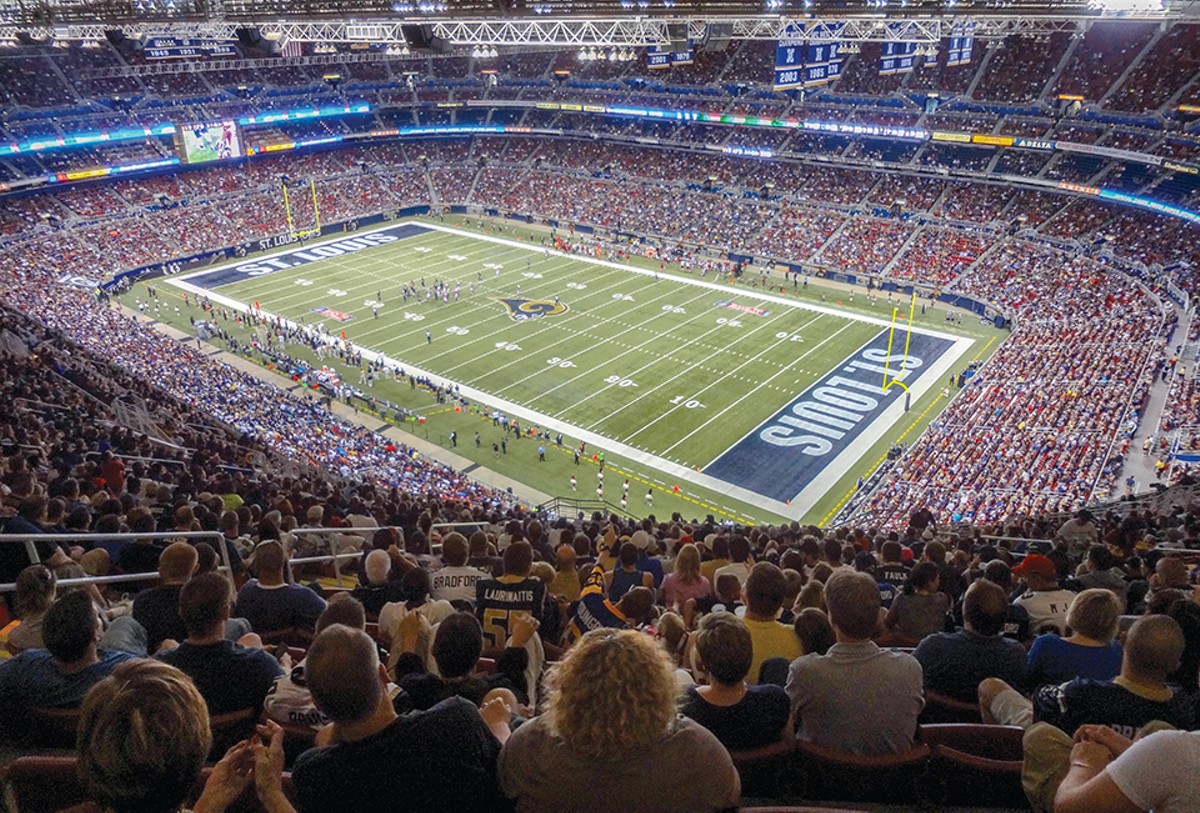 Are you ready for some political football? The kickoff is moments away.

Thanks to the town's new moniker — Home of the Smartest Lawyers in America — St. Louis is rolling in more than half a billion unexpected dollars that have fallen out of the sky with no instructions for their distribution.

How sweet is that? Found money — giant stacks of it — liberated from the vaults of the rotten-rat robber barons of the NFL cartel. Including a nice chunk from Lord Voldemort himself.

St. Louis doesn't need to be dreaming of a green Christmas this year. It's here. And never in the history of any city has there loomed such a bedazzling combination of so much money and so little in the way of rules or precedent as to how it should be spent.

The plan is for the politicians to figure out how to divvy up the haul. What could go wrong with that?

That's $393.66 for every person — adult and child — in the two jurisdictions who paid for the Dome. It's clean and easy and certainly would stimulate the local economy like nothing we've ever seen.

I'm kidding. That isn't happening no matter how fair and logical it might seem. Instead, let us return you to our presentation of "Robin Hood and His Band of Merry Politicians."

It's all going to be played out at something called the St. Louis Regional Convention and Sports Complex Authority, or RSA, an entity previously known to roughly 0.003 percent of the city-county populace.

This is where the story becomes theater of the absurd. I'm as wonky as the next guy, but I'd be lying if I said I knew much about what, if anything, the RSA does beyond owning a domed football stadium.

The RSA does not manage the Dome at America's Center and its events — that falls to Explore St. Louis (a.k.a. the Convention and Visitor Commission). Also, the RSA is not to be confused, as it often is, with the St. Louis Sports Commission, a not-for-profit that energetically attracts and promotes sporting events, such as the 2021 U.S. Olympic gymnastics trials, for the region.

Everything at the RSA website is communicated in the strange dialect of government-ese. The two main tabs are "About Us" (all about government) and "Enabling Legislation" (also all about government). Want to know from whence the RSA and its "authority" came? Why that's simple — it's right there in the enabling legislation:

You recognize that St. Louis jargon. A guy goes into a bar, meets a girl and asks where she's from. "I live in a city not within a county," she responds. "That's coincidental," he says. "I happen to live in a first-class county with a charter form of government that adjoins a city not within a county." To which she says, "How about that? We're practically neighbors." And if things go well, they talk merger.

In any event, the RSA is governed by a board of eleven members, five appointed by the governor of Missouri and three each by the mayor and county executive. Shockingly, pretty much all of the nice people who served on the RSA — and did whatever it did or didn't do — were serving on expired terms. Imagine that: No one had gotten around to paying attention to the fact that the terms were expired.

But the RSA is obscure no more. Now that it actually has a things-to-do list — and that list includes "hand out $514 million" — the RSA is the political equivalent of the hottest new club in town. It is the place to be seen giving out large sums of cash. That's good work if you can get it.

Statutorily, the RSA is required to spend its cut of the deal — whatever that turns to be — exclusively on improvements related to the Dome. Presumably, that definition will be tested and modified, which may or may not be interesting.

Also, there are some individuals and entities that get to lay claim on actual losses suffered because of the Rams' move. If those don't leap to mind, you can be forgiven. Put it this way: We aren't called Home of the Smartest Lawyers in America for nothing. Ditto for answering this question: "How the hell did our lawyers get 35 percent of a settlement that large?"

It's all good. After all, the fun part will be watching the politicians go at it. Word on the street is that Governor Mike Parson has suddenly taken an active interest in St. Louis and has been asking all sorts of folks for recommendations for filling those five state seats.

Until now, Parson's plan for St. Louis has been simple: Have as many guns and as few masks as possible. But money changes everything. Suddenly, the governor wants a booth in the VIP section of Club RSA.

In this context, it is helpful that Mayor Tishaura Jones and St. Louis County Executive Sam Page are well established as political allies. Jones' three selections plus Page's three selections equal one more than Parson's five. So, any plans the governor might have to convert St. Louis into a ranching community might need to be put on hold.

Still, both Jones and Page ominously told the media that their respective legislative bodies — the board of aldermen and county council — wouldn't be participating in splitting up the loot. Presumably, that applies just to the broad question of which large entity gets what proportion of the dough. Imperfect as they are, the legislatures need to provide at least some balance and transparency, such that it is.

No matter what happens, this already promises to become our own little Super Bowl of greed when it comes to anyone who makes money off government now, in any capacity. And there will be lots of others wanting to join the party.