Senators Jamilah Nasheed, Karla May and Brian Williams all voted against Gov. Parson's stunt of a crime bill, but none of their white counterparts did. U.S. SENATE

The noted philosopher Bill Maher once observed the following:

“It is one thing to bring a knife to a gunfight. The Democrats are bringing a covered dish.”

That observation came to mind last week when the votes were tallied in the Missouri Senate for SB 1, the special-session measure that should have been summarized “A series of cosmetic tweaks and rewording of existing statutes for the purpose of helping the governor look tough on crime in the coming election.”

Here’s how the scoreboard read, broken down by race: white Democrats: Yea 5-0. Black Democrats No 3-0. White Republicans: Yea 22-0 (one absent). Black Republicans: don’t have any.

The date: Friday, August 7, two days before the sixth anniversary of Michael Brown’s death in Ferguson.

The Democrats in Missouri can spin this any way they wish. But they obviously feared the wrath of Caucasian Missouri voters and sent the Black community a clear message that I believe it has grown weary of hearing: “Sorry, but this is a tough vote. We know you’ll support us anyway.”

Far be it from me as a white guy to speak for the Black community. Instead, I spoke to the three Black state senators from St. Louis.

“What was appalling to me was to see such a great divide — white against Black — in which white Democrats stood alongside white Republicans against Black officials who understand the plight of what is happening in their own communities,” Sen. Jamilah Nasheed told me. “They are hurting teenagers who haven’t even had their minds developed to think rationally about the things that they do.”

Then there was this from Sen. Brian Williams.

“This horrible bill doesn’t do anything to tackle violent crime or otherwise make our community safer, and it will hurt children around the state, especially Black children,” Williams said. “It was purely the governor trying to pull a political stunt.”

Williams, too, was acutely aware that all of his white colleagues had opposed the state’s only three Black senators, but less direct than Nasheed in his reaction to it: “You’ll have to ask them.”

Finally, there was Sen. Karla May, who said, “When you begin to look at criminal justice reform through the eyes of an African American, that is when Missouri will begin to move forward for positive change. The statistics just don’t support the ideology of tough-on-crime measures when you have 86 percent of juveniles who are tried as adults are African Americans.”

She added on Facebook, “The tragedy is that we all should have stuck together and voted no.”

All five white Democrats care about the Black community, and all will be aghast at the analysis of the vote along racial lines, but it’s inescapable. Nasheed reminded me of an old quotation: “If you don’t stand for something, you’ll fall for anything.”

In this case, the Democrats have fallen for a hollow legislative charade that contradicts all the nice words spoken, even by many Republicans, in the aftermath of George Floyd’s death on May 25. What happened to Black Lives Matter, police reform and the transformational social movement across racial lines?

What happened to the national Democratic position that more resources are needed for attacking the root causes of crime and not for trying to over-police its symptoms? How did the concerns about systemic racism in policing suddenly vaporize?

Let me tell you who didn’t forget about all that: The three Black senators who are part of the seventeen-member Missouri Black Legislative Caucus. It had forcefully called on Parson to convene the special session on crime to address police-reform issues such as banning chokeholds and greater accountability for bad cops.

Parson told the Black Caucus members they could take a hike. If white Democrats uttered a peep in the legislature, I missed it. Privately, they’ll say they were playing along to keep Parson from employing a more nuclear option: a “concurrent jurisdiction” bill that would effectively allow Attorney General Eric Schmitt to usurp the authority of St. Louis Circuit Attorney Kim Gardner on matters of violent crime.

At this point, there remain whispers that Parson is going to plow ahead with amending his special session call today to provide for that noxious effort. Stay tuned.

The white Democratic senators are trying to rationalize that they made the best of a bad situation by trying to filibuster and scoring inside-baseball victories over a sentence here and there. See Sen. Scott Sifton’s Facebook page if you’d like some of that.

As laid out in this space last week, all the talk about cracking down on twelve-to-sixteen-year-olds was fog. Existing law already mandated adult-certification hearings for young kids charged with murder and several other violent crimes. Nothing was materially changed with this bill.

An unintended consequence for Parson was the outrage of everyone finding out that twelve- and thirteen-year-olds were getting mandatory adult-certifications for any crimes at all, and the Democrats’ “victory” was to get that raised to fourteen. But the bottom line is that not a word of this is going to prevent a single crime.

Meanwhile, as Williams pointed out, the best part of the bill — better witness protection — is undermined by the failure to advance a single initiative that in any way will diminish the distrust for police that is rampant in the Black community. So, it sounds nice but won’t accomplish much.

Parson’s signature achievement, at the behest of Mayor Lyda Krewson, was to go full Better Together on the city by having the state blow up a city-residency requirement for police officers. The residency requirement — which I’ve opposed for decades, by the way — is on the November ballot.

Now that vote is largely moot since the state’s imposition of it will supersede whatever the voters decide. So much for the Republican orthodoxy about “government closest to home.”

On the Democratic side, if this was a strategy, a new strategist is in order. It’s one thing to lay low in one of the twelve states most unsupportive of BLM —by a 48-39 percent margin (contrasted with national approval of by 47-39 percent) — according to the latest Civiqs research. That doesn’t justify doing the wrong thing with the look of Little Dixie.

For Senator Jill Schupp, it was what legislators term a “bad vote,” apparently intended to avoid handing Congresswoman Ann Wagner a cudgel she could use against her in their 2nd district congressional race. The district is just 4 percent Black, and Trump carried it by ten points in 2016 — Cook Political Report describes the race for the U.S. House of Representatives as too close to call in 2020 — and I get that the moderate Schupp wants to look moderate.

News flash to Democrats: Wagner will lie about Schupp being soft on crime without the help of a principled vote. Wagner did, after all, proudly announce that she had voted to support criminal justice reform after voting no on the George Floyd Justice in Policing Act.

How did she accomplish that? She messaged that she had voted for Republican Senator Tim Scott’s anti-crime measure. Even though she’s not in the U. S. Senate.

To be clear, Schupp would make a dramatically better congresswoman than the duplicitous Wagner. Schupp really would work across the aisle like she has done in the Missouri Senate, something the nation needs. But on SB 1, she cooperated to a fault.

You can be certain that most or all of the fourteen House members of the Black Caucus will voice frustration with the senate waste product Wednesday, when their chamber takes it up. Will their white colleagues desert them, too?

It’s a shame Democrats aren’t willing to fight for what they believe in like Republicans do. The problem isn’t with their hearts.

It’s with their spines.

Correction: Due to an editing error, the office that state Senator Jill Schupp is seeking was incorrect in the original version of this column. We regret the error. 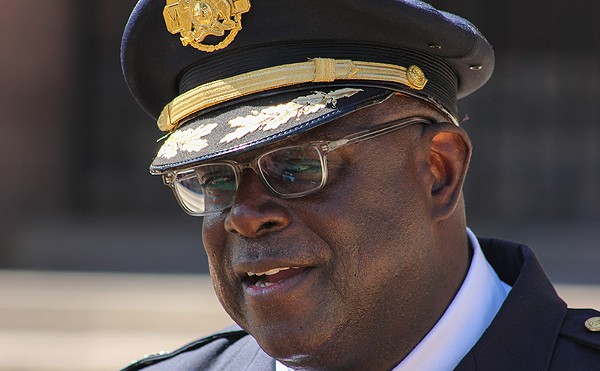